In the latest hot hatch move Mercedes-AMG CEO Tobias Moers has thrown down the gauntlet and confirmed the next generation of the A45 AMG will have an all-new four-cylinder engine that delivers more than 400 horsepower. Why? Well because the Audi RS3 has 367 hp @ 6800 rpm and 343 lb-ft @ 1625 rpm and they want to spoil the party. Also VW is readying the Super Golf which should have in excess of 400 hp! Mercedes simply doesn’t want to lose. 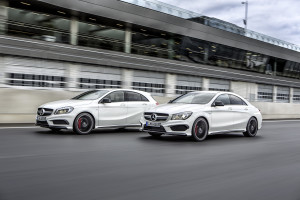 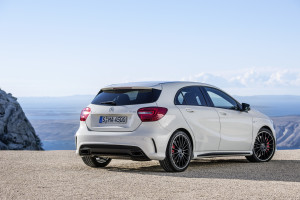 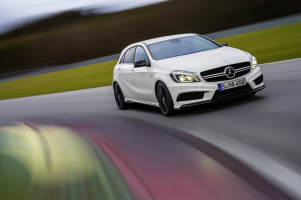 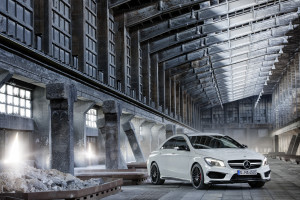 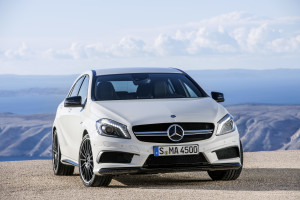 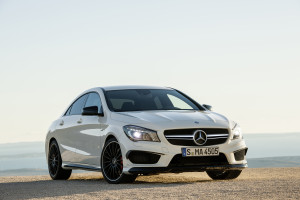 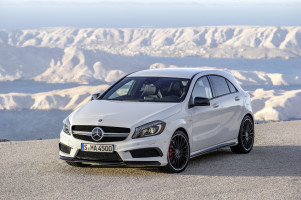 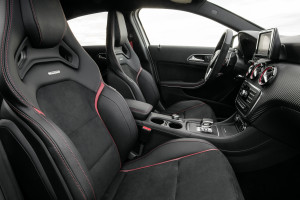 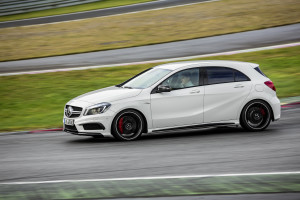 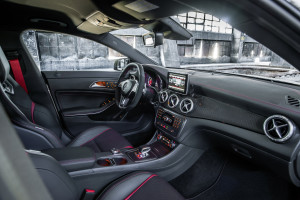 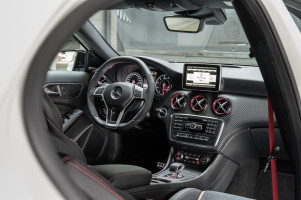 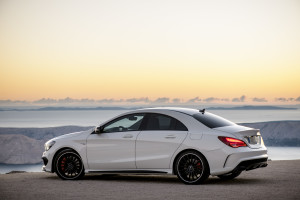 Both the sedan and its the GLA crossover will be outfitted with the same uprated engine that made its debut at Goodwood in the Mercedes-AMG A45.  For now, however,  the 2.0-liter turbocharged four-cylinder engine has been tweaked to produce an extra 26 horsepower and 18 lb-ft of torque, bringing output up to 381 hp and 350 lb-ft. Incredibly it boasts nearly 191 horsepower per liter.

Mercedes has not confirmed performance figures for the CLA45 AMG and GLA45 AMG, but the extra power will probably bring the sedan’s zero-to-62 mph time down to around 4.2 seconds and drop the crossover’s sprint to 4.4 seconds. We think with our testing equipment we could get it to 60 in under 4 seconds, but that would mean Mercedes getting us a car and so far we have been unable to get our hands on one.

Both models are also expected to use the A45’s revised seven-speed dual-clutch transmission, along with a new locking front differential, however, the A45’s visual enhancements including new bumpers, minor trim changes, and better connectivity will not carry over to the CLA or GLA.

Mercedes didn’t just chip the engine for more turbo boost, in fact, max pressure stays the same. Merc has worked on the camshafts and valves among other tweaks and are saying it’s an all-new car. Outside they have given the A45 new 19-inch wheels and new front apron. Gear ratios in the seven-speed dual-clutch box have been lowered in order to make it quicker to 60. The old car did the deed in 4.6 so shaving almost half a second is pure evil.

You can now order it with a mechanical limited-slip front differential, which together with four wheel drive should provide better handling than the old car. The system is called AMG Dynamic Plus and includes AMG Ride Control, which is essentially adaptive damping. Exhaust noise, ESP freedom, gearshifts, steering weight, throttle mapping and damping characteristic can now be controlled by selecting several stages from ‘comfort’ to ‘race’. This system is called AMG Dynamic Select.

We are not sure when the power hiked models will reach our shores but we are certainly looking for ward to it.