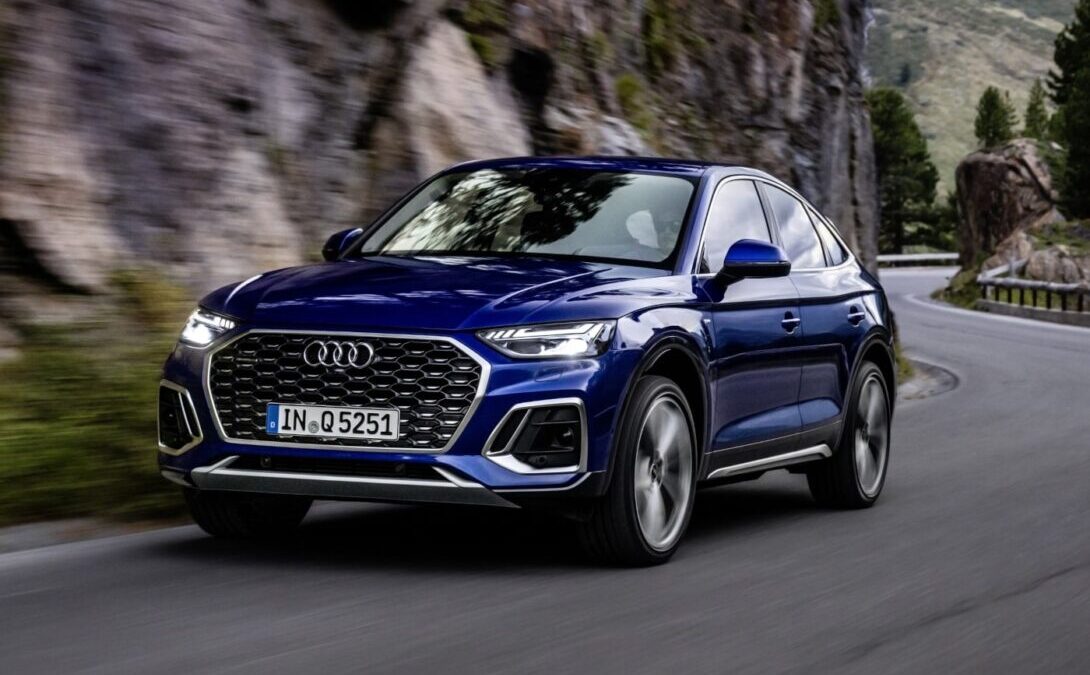 What’s parked in your driveway matters and in a world of Crossovers and SUVs that means a certain stigma is attached if you own one. You know, soccer practice, school runs, etc., and they don’t really shout style or sportiness either.

Car manufacturers know this so in order to sell even more they trim the roof of an existing crossover to create a more stylish SUV-coupe which then goes on to sell in huge numbers.

Audi joined the party last year to follow on from the Audi Q3 Sportback and the Audi e-tron Sportback with the 2021 Audi Q5 Sportback, which is based on the recently facelifted Q5 SUV. The Q5 Sportback will go head to head with the Mercedes GLC Coupe, the BMW X4, and the Infiniti QX55.

Unique to the Q5 Sportback is the sporty S-Line exterior that comes as standard Stateside, which gives it a unique grille with an egg-crate pattern within the octagonal Single frame grille, a front diffuser that matches the Q5, and a more stylish headlight design. At the back, the Q5 Sportback showcases an OLED taillight design and a newly designed rear diffuser.

The Q5 Sportback is powered by the same turbocharged 2.0-liter four-cylinder as the Q5 and it has 261 horsepower and 273 lb-ft of torque driven through a seven-speed DSG. It also utilizes Audi’s 12V mild-hybrid system to improve fuel economy.

Even though the car is all-wheel drive power is first sent to the front wheels and then to the rear wheels if needed, using Audi’s Quattro Ultra AWD disengagement technology. If the traction is good, then it is essentially a front-driver which means less drivetrain resistance and better fuel economy. If power is needed at the rear, it can be sent in a maximum of 250 milliseconds.

Unfortunately, Audi doesn’t offer the plug-in hybrid version in the Sportback in the US, you’ll have to get the regular Q5. That one is actually quicker than the SQ5 since it has a combined 362 horsepower and 369 pound-feet of torque, 8 hp more.

We tried to match the manufacturer’s 0-60 claim of 5.7 seconds but couldn’t find a spot level enough to prove it, however, our best time of 5.9 seconds slightly uphill would be good enough to believe the claim. 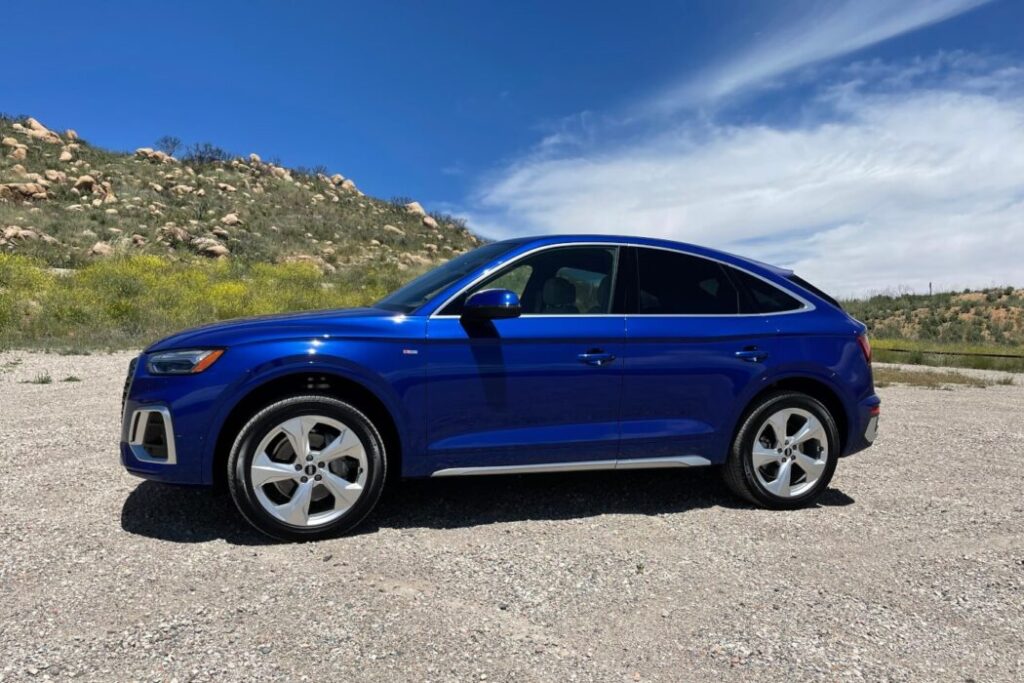 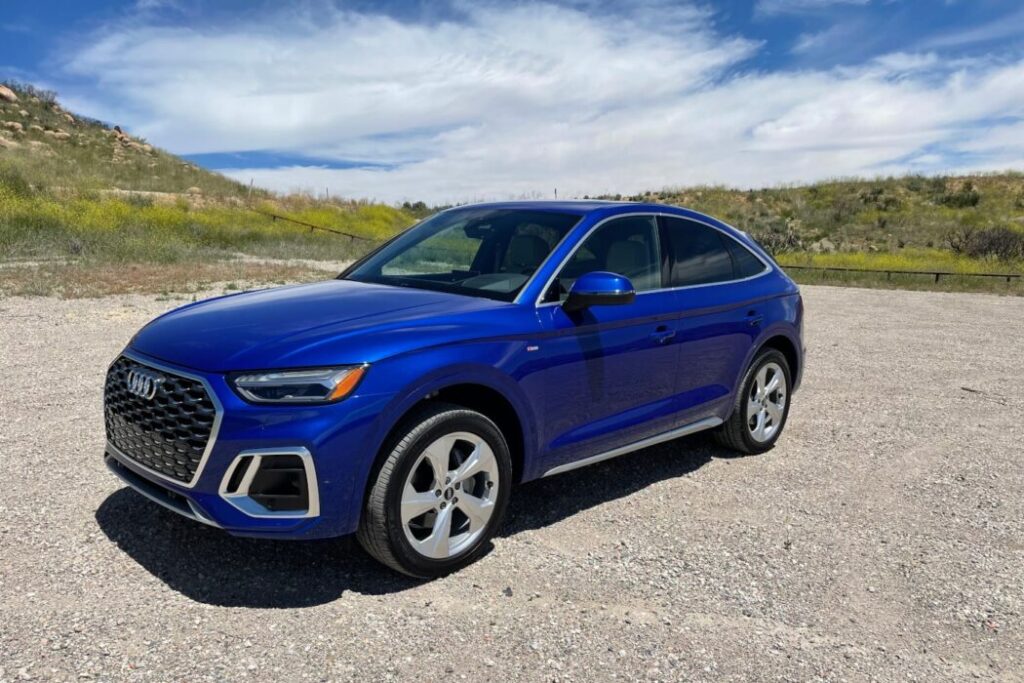 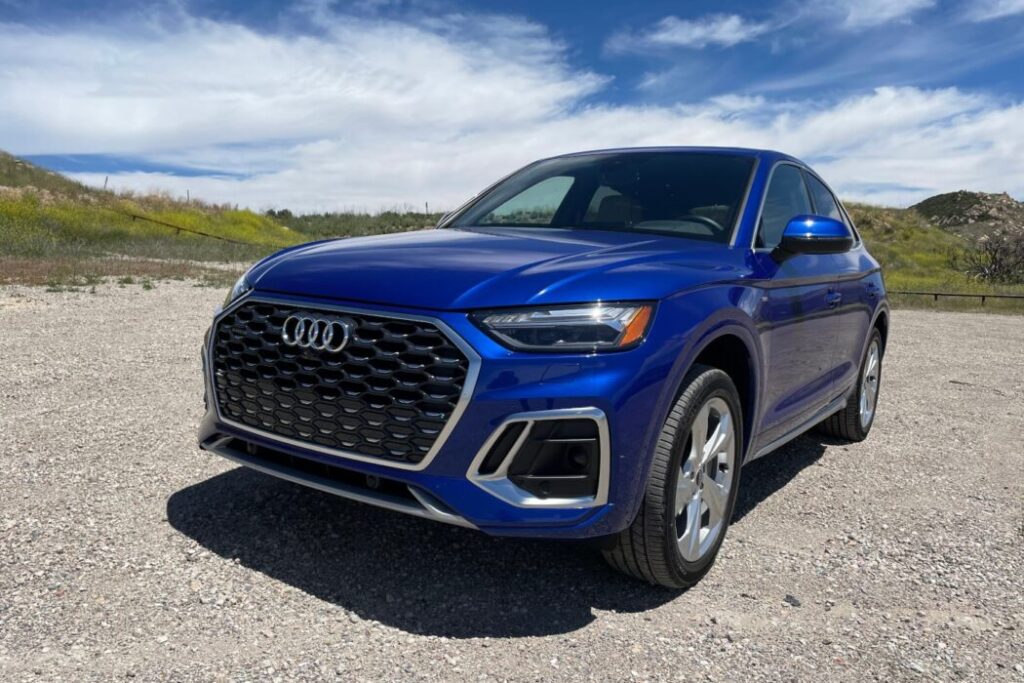 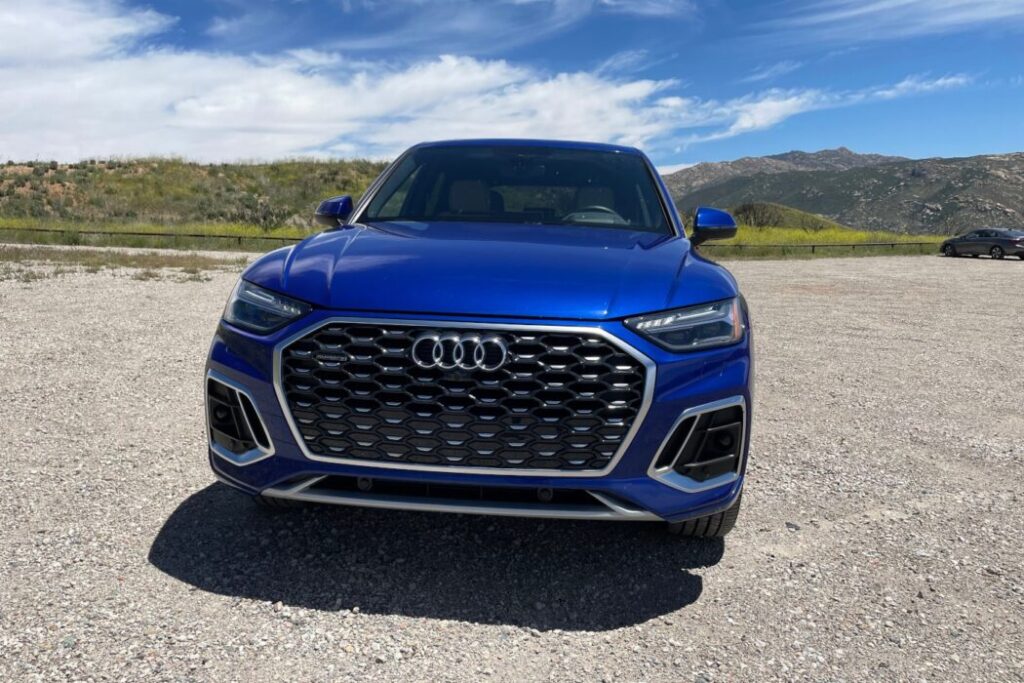 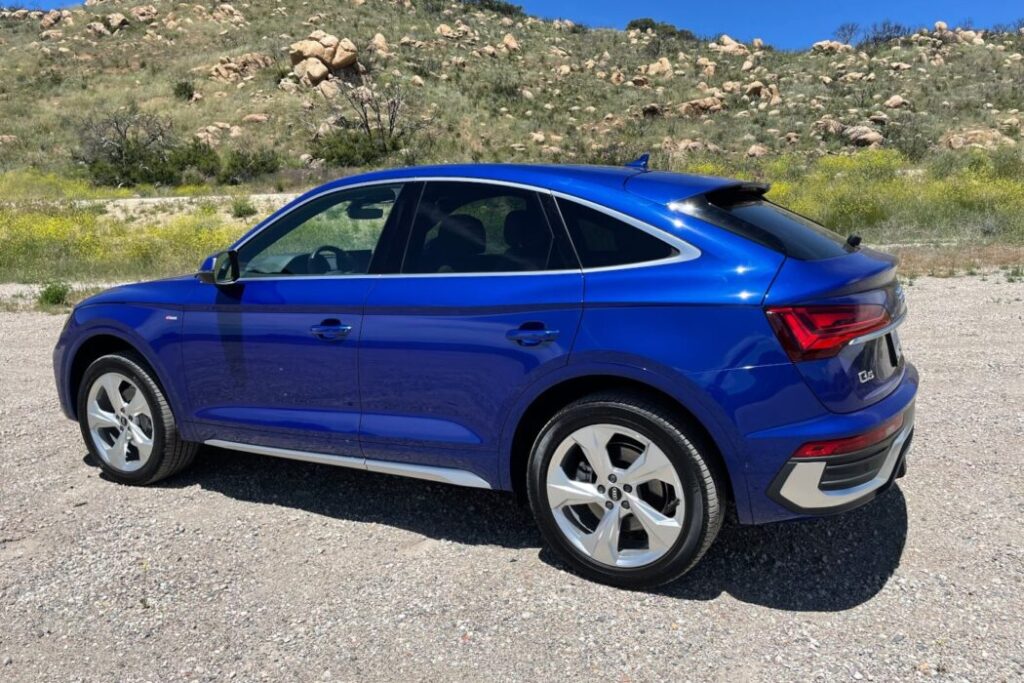 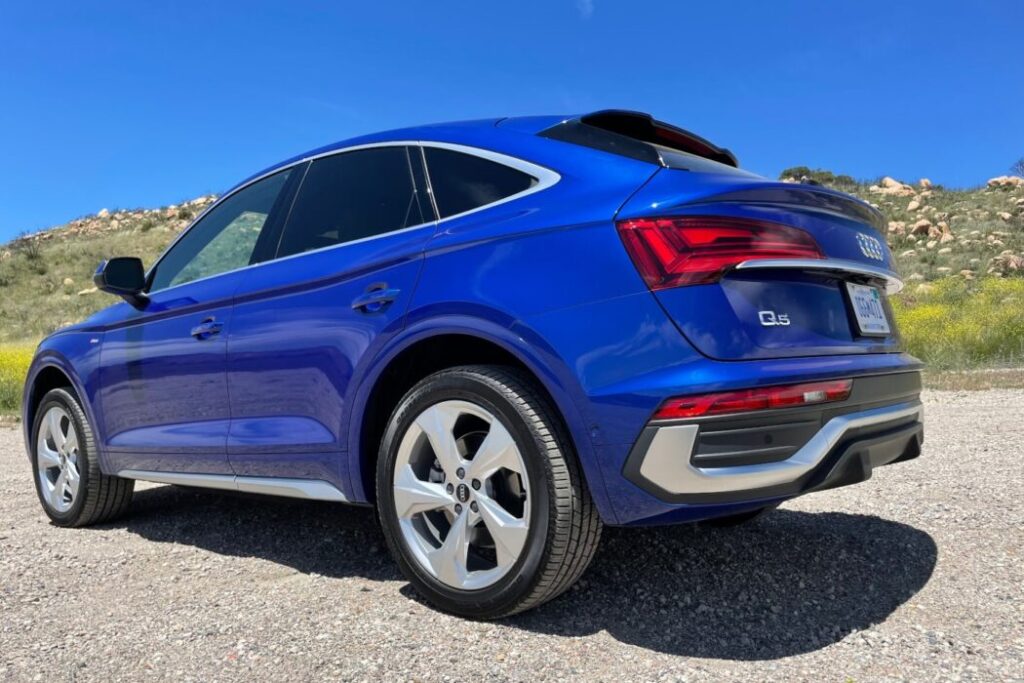 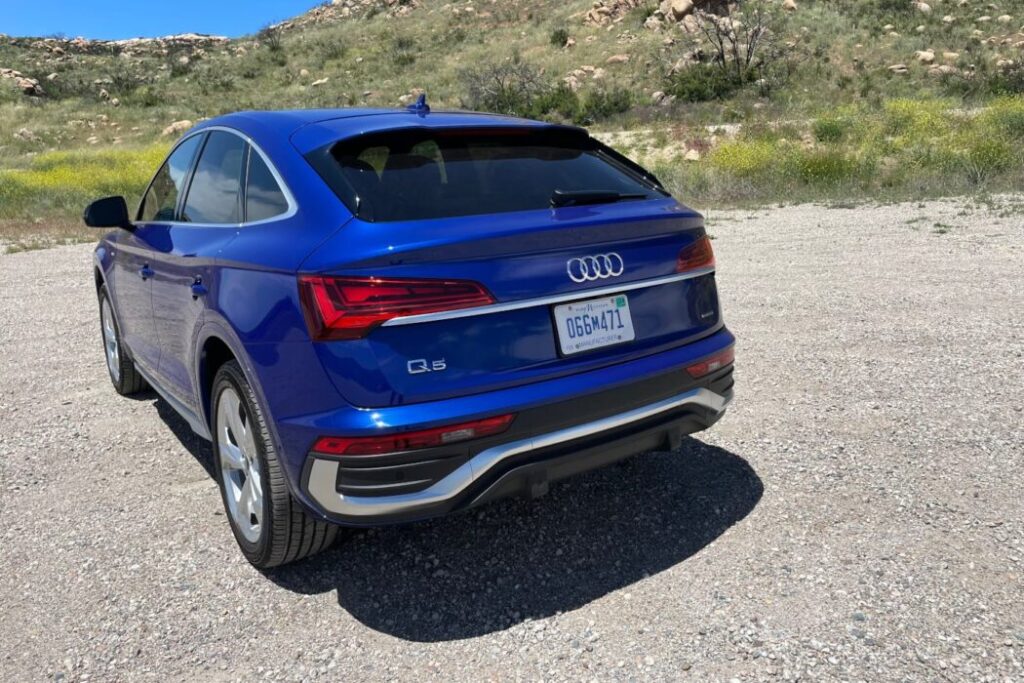 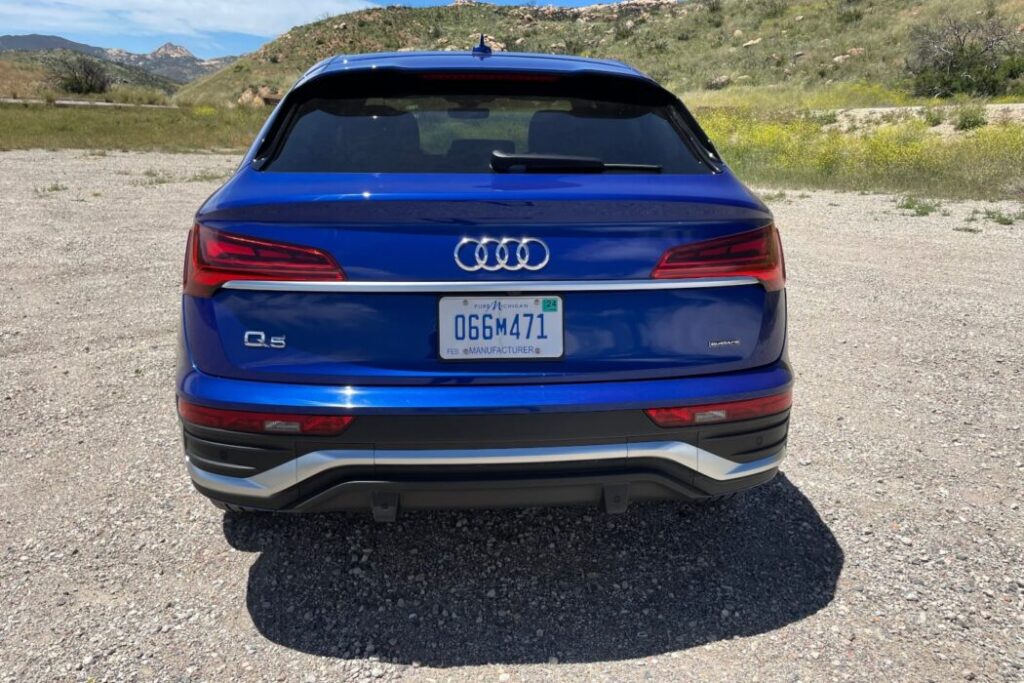 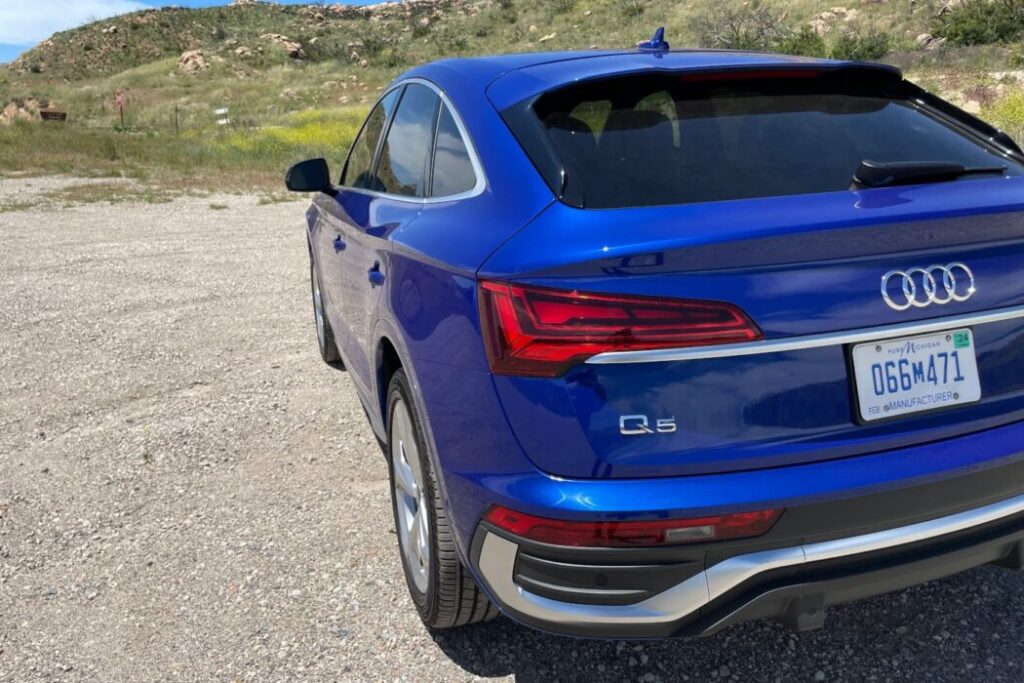 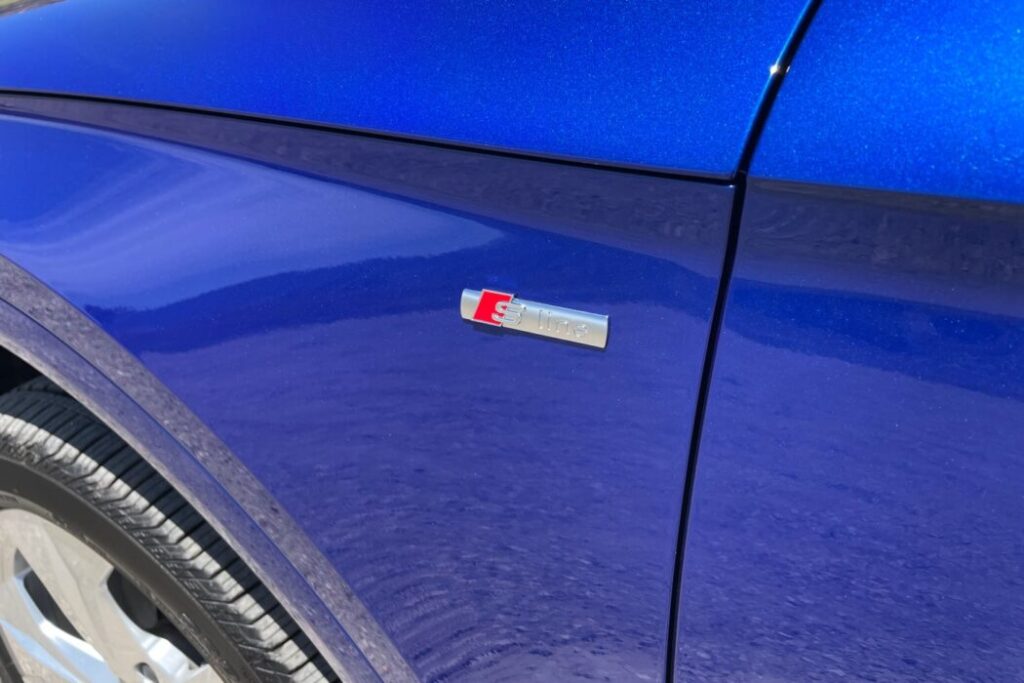 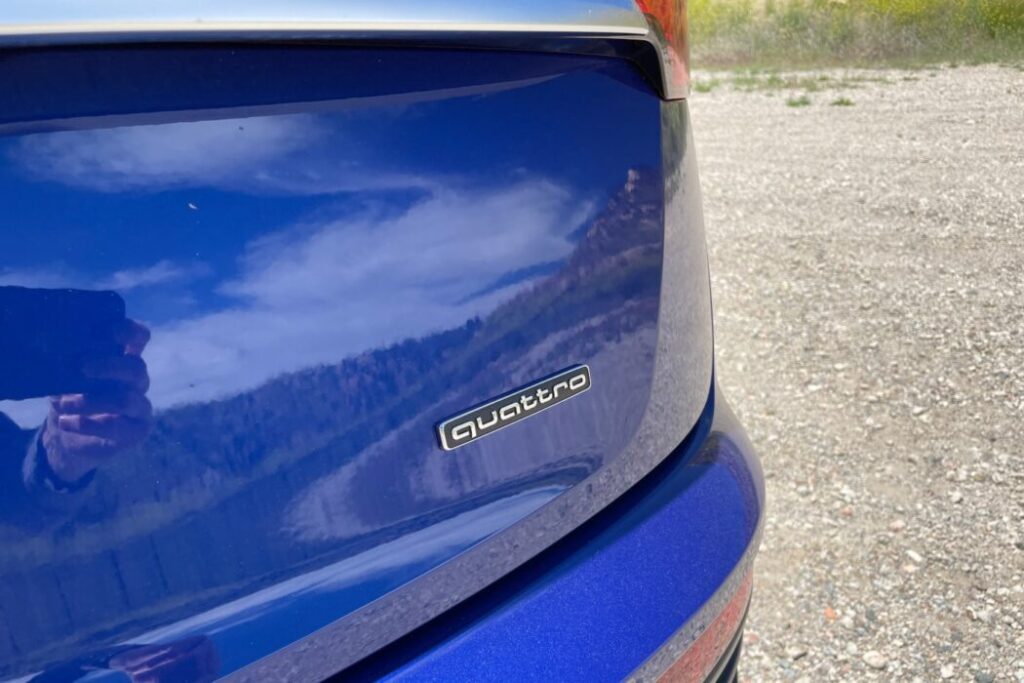 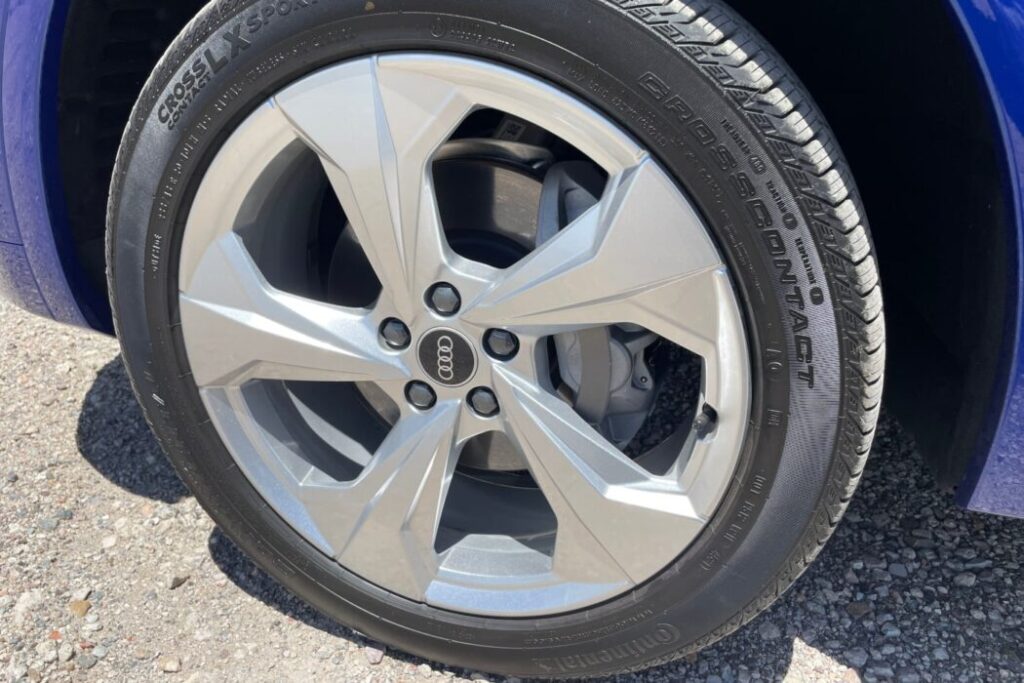 From the driver’s seat, it’s hard to tell you’re not driving the standard Q5, since even in the most aggressive driving mode it’s all very smooth and the suspension is pleasantly compliant. That’s not to say you can’t hustle the Sportback, the 7-speed DSG is very willing to drop a couple of cogs to pass slower vehicles.

The Sportback is designed to be the Q5’s slightly sportier version meaning the suspension setup is firmer, but still way more comfortable than the flinty BMW X4 which will cause frequent visits to the chiropractor.

Even with the optional 20-inch wheels ($800) on my tester, the Q5 Sportback never feels jarring, even at lower speeds. On the highway, it’s a very comfortable cruiser.

It handles very well too, attack a bend and the nose tightens up, and if understeer approaches the Sportback transfers power to the rear and round you go. Mid-range acceleration is impressive, and the car gains more speed than you would expect and masks how fast you are really going.

The steering is light but direct and as with most systems these days offers little feedback back, the brakes, however, are top-notch and fade-free even after repeated stops.

Including some longer highway trips, I managed a very respectable 24.7 mpg for the week I had it which is impressive for me considering my lead footedness. EPA numbers are: Combined 25 mpg, City 23 mpg, and Highway 28 mpg. 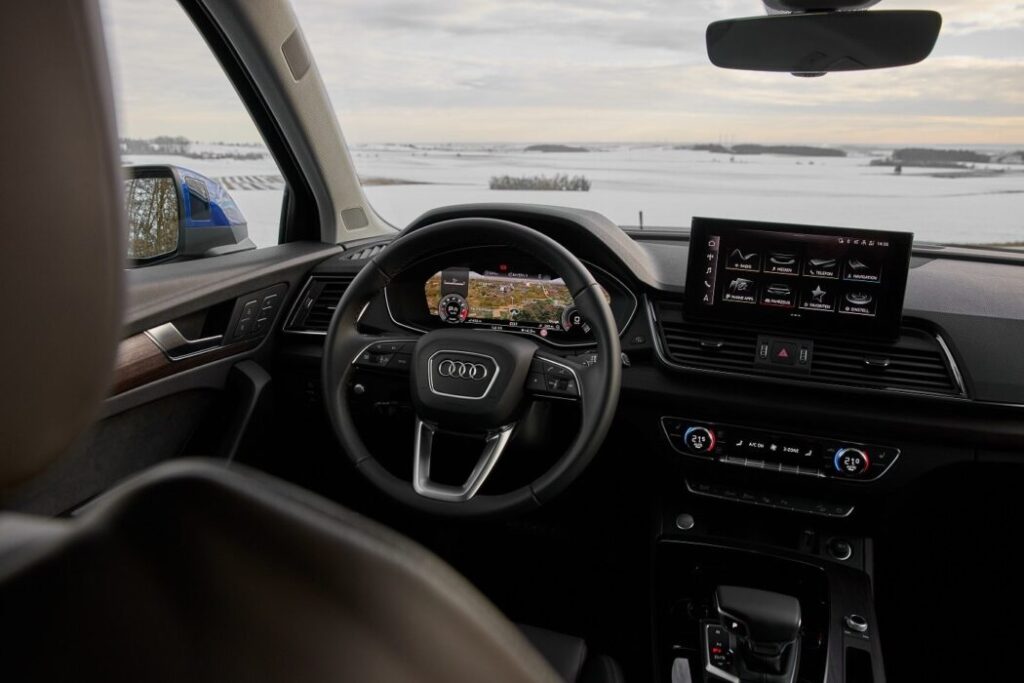 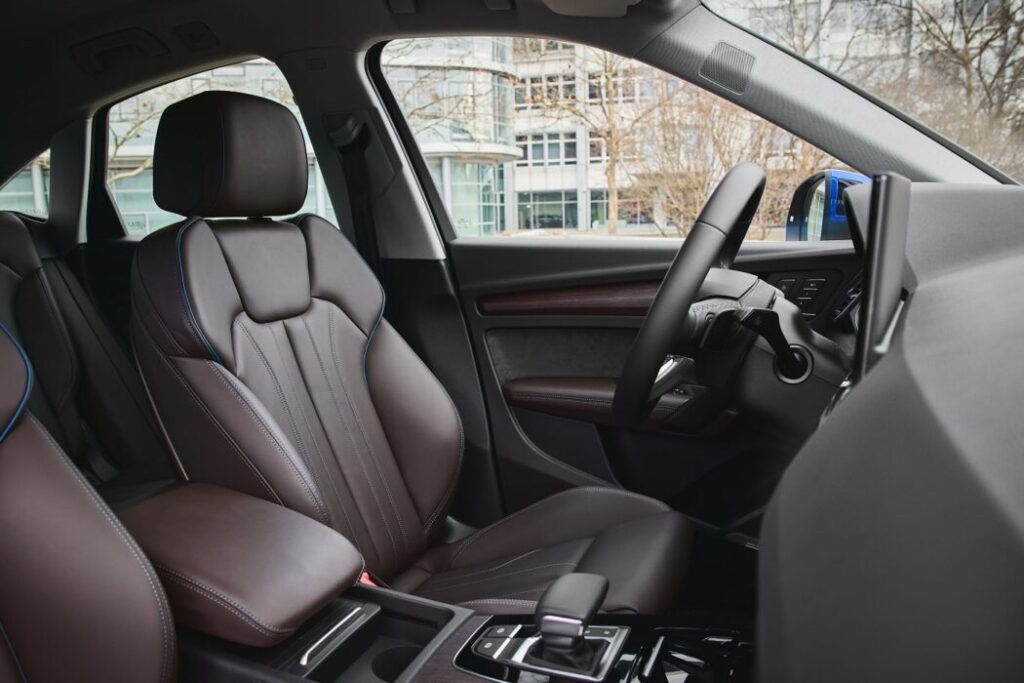 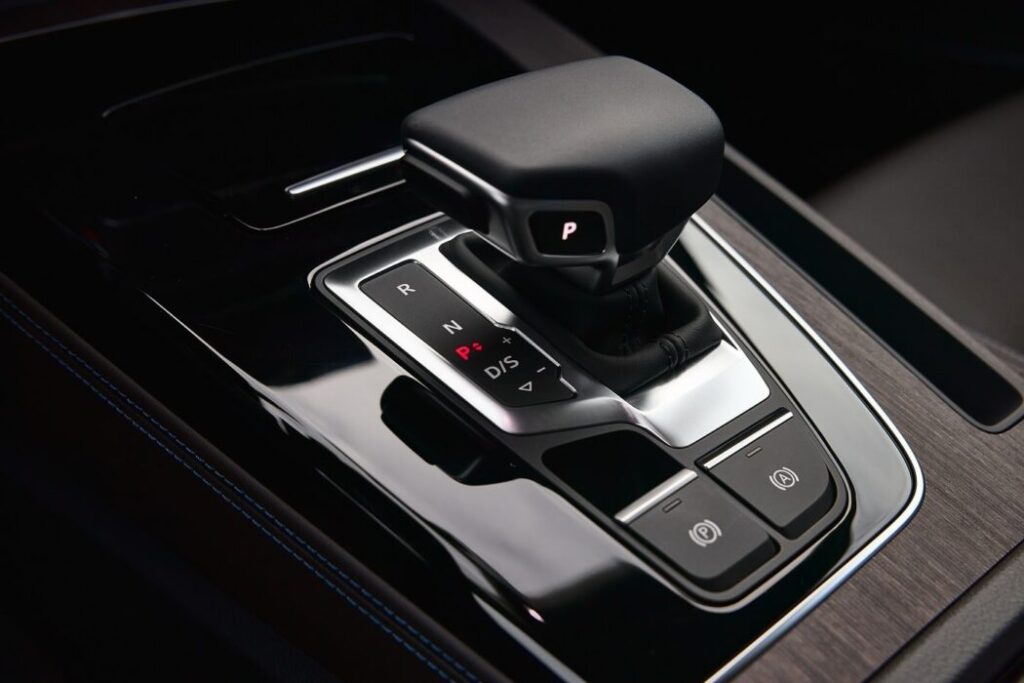 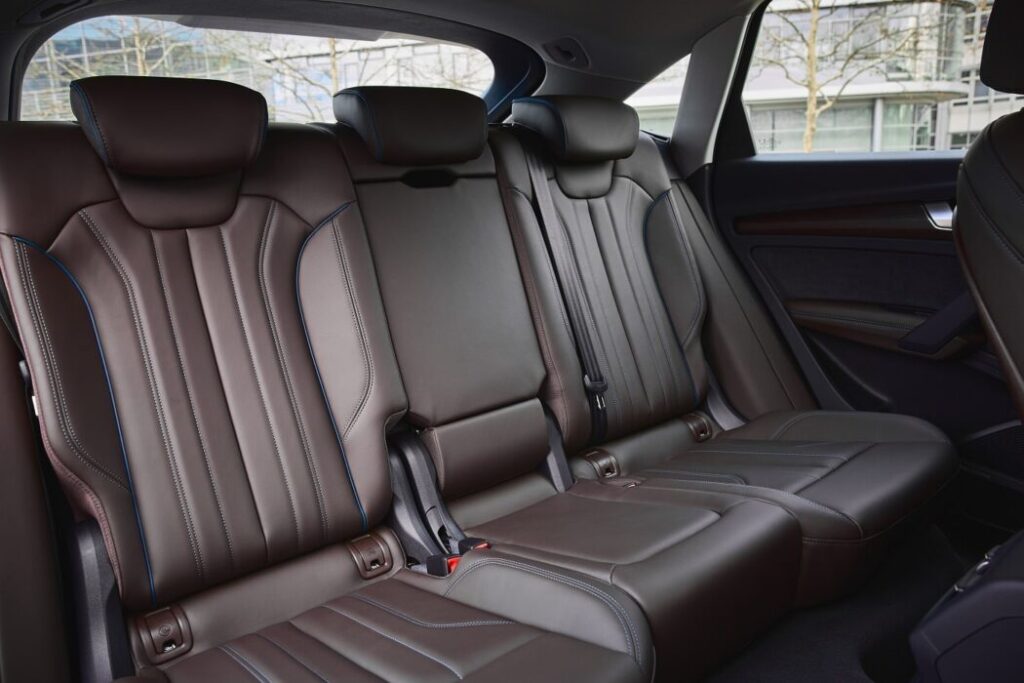 Audi excels at interiors and this one is no different, the dashboard design is sleek, and the materials are top quality. My Prestige tester had three-zone climate control, heated and ventilated front seats, heated rear seats, and a head-up display.

The only downside is that the 10.1-inch central infotainment unit floats instead of being integrated into the dash, but this is a minor complaint. The unit itself works great, the menu system is easy to follow and for the most part, it’s quick to react to inputs.

Below the screen is an excellent and super easy-to-use climate control panel with physical buttons and knobs, including a physical volume control knob in the center console, a feature that seems to be going the way of the Dodo.

Apple CarPlay and Android Auto are standard, and you get an excellent sliding wireless charger that reveals the heated and cooled cupholders below, a very nice touch.

By far my favorite thing is the 12.3-inch ‘Virtual Cockpit Plus’ which allows you to configure numerous screens with information such as fuel efficiency, what you’re listening to media-wise, who you’re talking to on the phone, or, using the sat-nav to overlay maps with the speedo and tachometer. It’s all beautifully done.

The Sportback doesn’t have much cargo space compared to the normal Q5, offering 24.7 cubic feet behind the second row instead of 25.1 cubic feet. Drop the rear seats and the space expands to 52.3 cubic feet which is only 1 cubic foot less than the Q5.

This one is a prestige model so almost every box is checked, prices for the Sportback start at $50k some $6,800 more than the Q5. This prestige model stickers for over $60K and that may be considered a high price to pay for being stylish.

The Sportback is a class act, both mechanically and in terms of fit and finish. It rides superbly, handling is impeccable, the engine is a relative fuel miser and it has plenty of power.

It handles reasonably well too. The steering is lighter side and doesn’t offer much feedback, but it’s direct and does a pretty good job when you need to change direction quickly and safely.

You have to weigh up the cost of being stylish since the Sportback is some $6,800 more than the regular Q5, so for me, I’d probably get the Audi A4 allroad since it’s lighter, quicker, and has more cargo space.