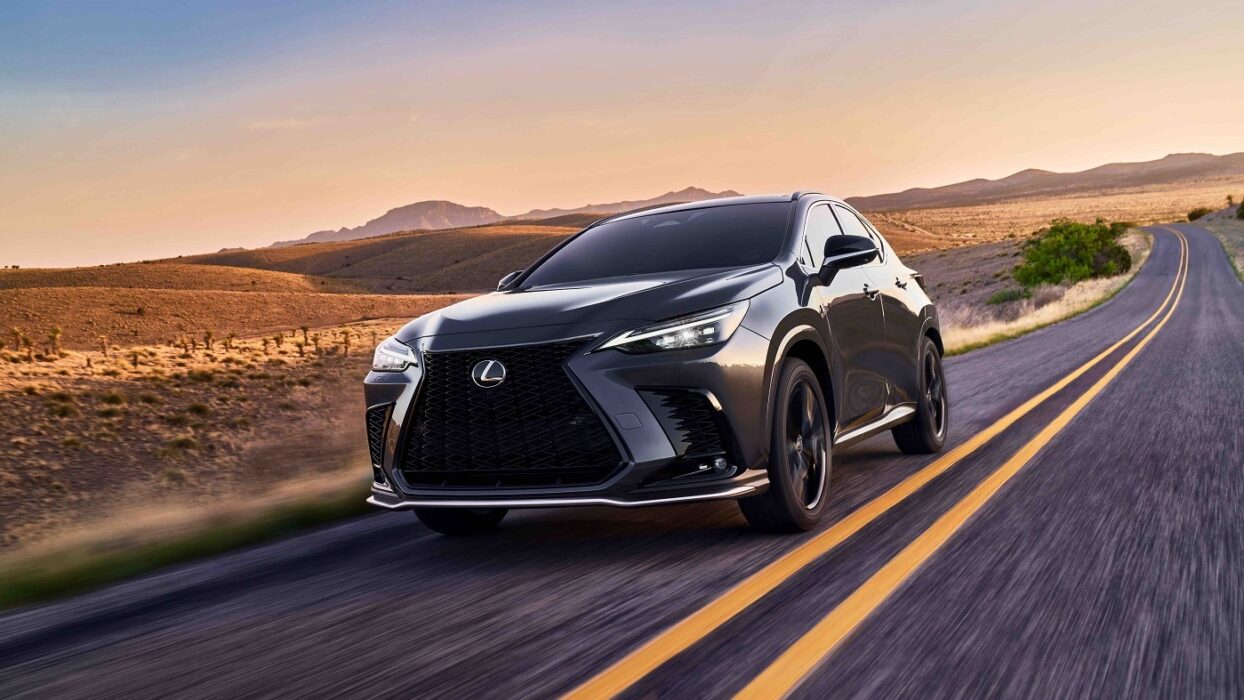 The same week I had a 2021 Lexus 300h scheduled to test was the same week Lexus had planned the launch of the all-new 2022 Lexus NX, so rather than telling about the rather aging outgoing compact luxury SUV, instead here’s all you need to know about the 2022 Lexus NX.

Firstly, there are many versions comprising two gas and two hybrids, the NX250, NX350, and NX350h versions, and a plug-in-hybrid NX450h+ which joins the lineup with the RAV4 Prime’s 302-hp AWD powertrain, which is exactly what I’ve been wishing for. Since the NX is their 2nd best-selling model they have pulled out all the stops for 2022 and given it the power it has always deserved.

As a base model, the NX 250 gets a naturally aspirated 2.5-liter 4-cylinder gas engine with start/stop functionality delivering an estimated 203 horsepower and 184 lb. ft. driven through an eight-speed transmission, available with both FWD and AWD. 0-60 times are 8.2 seconds (FWD) and 8.6 seconds (AWD) respectively.

Next up is an all-new 2.4-liter turbo engine for the NX350 with an estimated 275 horsepower and 317 lb. ft. of torque considerably more than the outgoing 2.0 turbo. This results in a 0-60 time of 6.8 seconds, a half-second quicker than the previous model.

The NX350h combines a 2.5-liter gasoline engine with two electric motors for a combined total of 239 horsepower which is 20 hp more than you get in a RAV4 hybrid. Lexus claims up to 36 mpg for the hybrid model. You’ll also notice a difference where 1.5 seconds has been shaved off the 0-60 bringing it down to 7.2 seconds.

If it’s both speed and efficiency you need then the NX450h should fit the bill since it has a combined output of 302 hp identical to the RAV 4 Prime. The NX 450h+ has an estimated 36-mile range on electric power only and when both gas and electric and working together expect an estimated 6.0 second 0-60 time.

As previously you can opt for the F Sport treatment, but only on the NX350 and NX450h+. It’s a sporty appearance package, for the most part, however, you do get an adaptive suspension with sportier tuning, 20-inch gloss-black wheels, and exclusive Ultra White and Ultrasonic Blue 2.0 paint options.

The 2022 Lexus NX rides on Toyota’s latest TNGA platform, and it looks a heck of a lot better. The exterior styling has an evolved look from the current model and you still can’t miss the familiar spindle grille now with redesigned headlights that have arrow-shaped running lights. Three-projector LED headlights are an option. The rear end gets rid of the brand’s traditional L emblem. Instead, there are now bold “LEXUS” letters across the back. The taillights also cross the full width of the vehicle, too. I like the new look, especially from the rear. 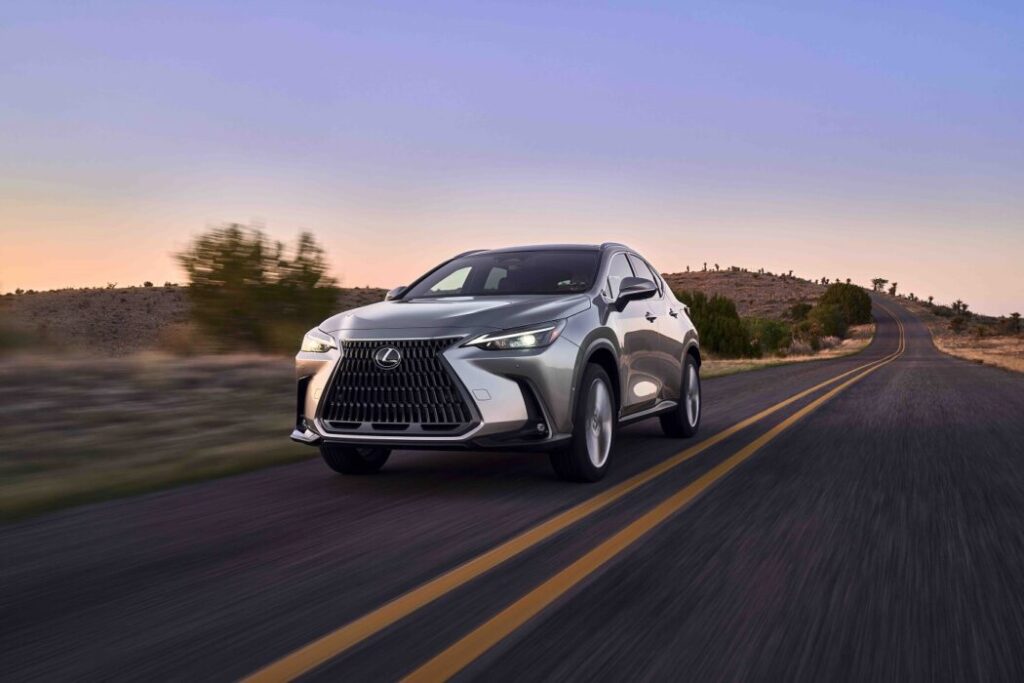 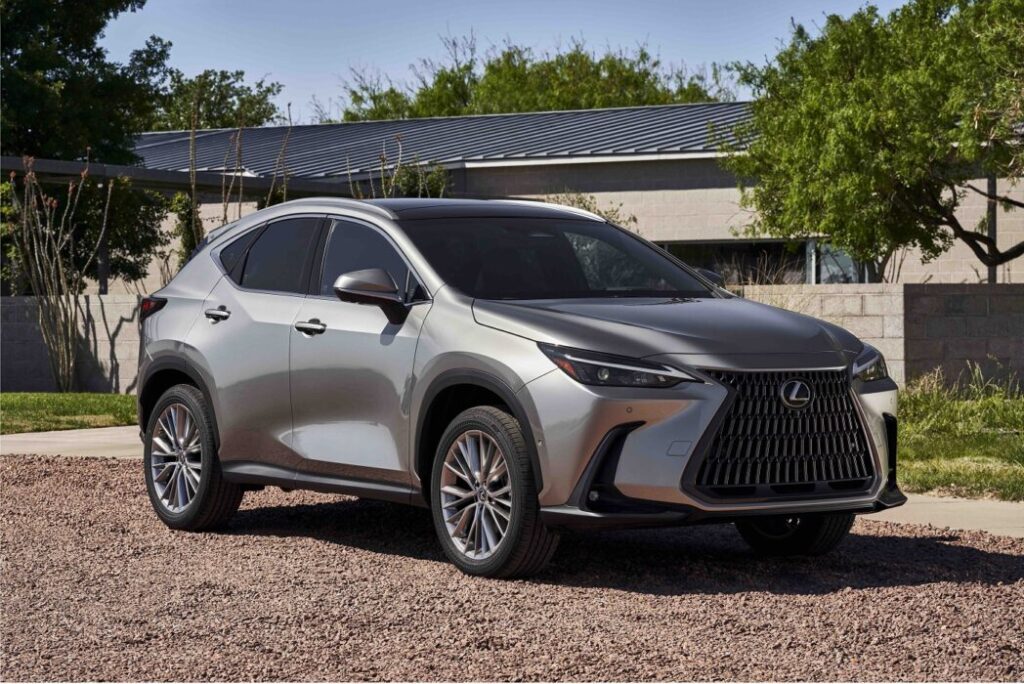 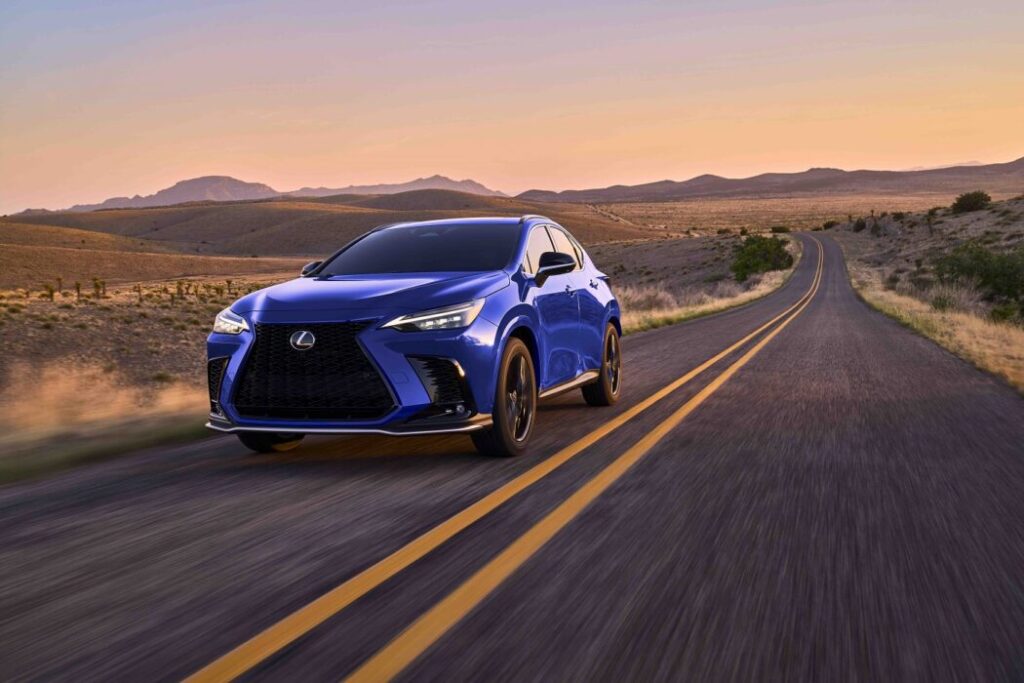 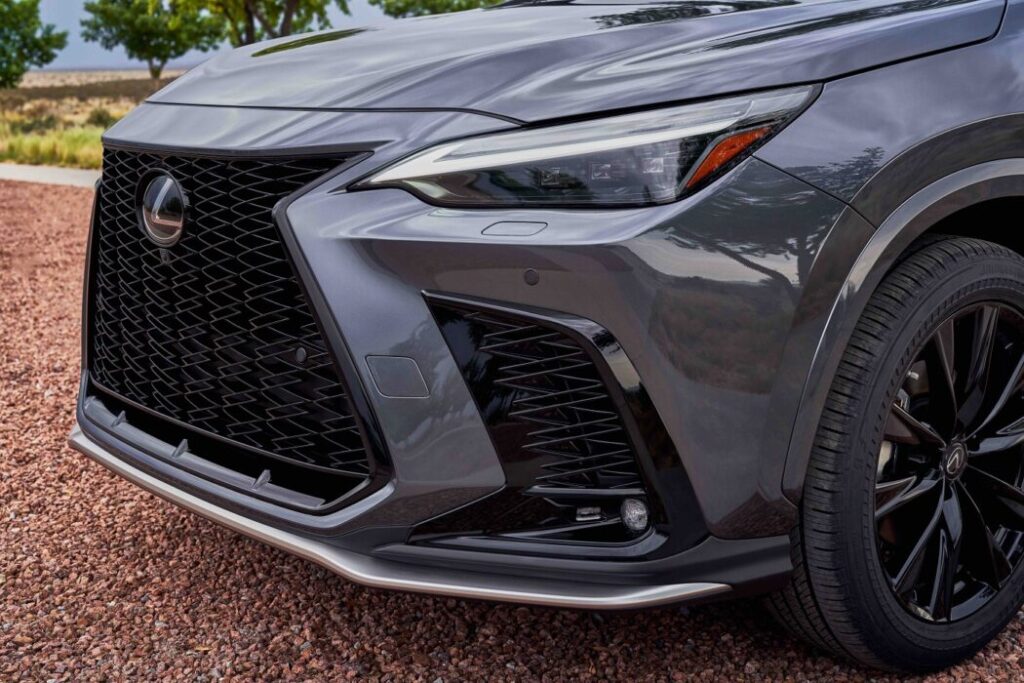 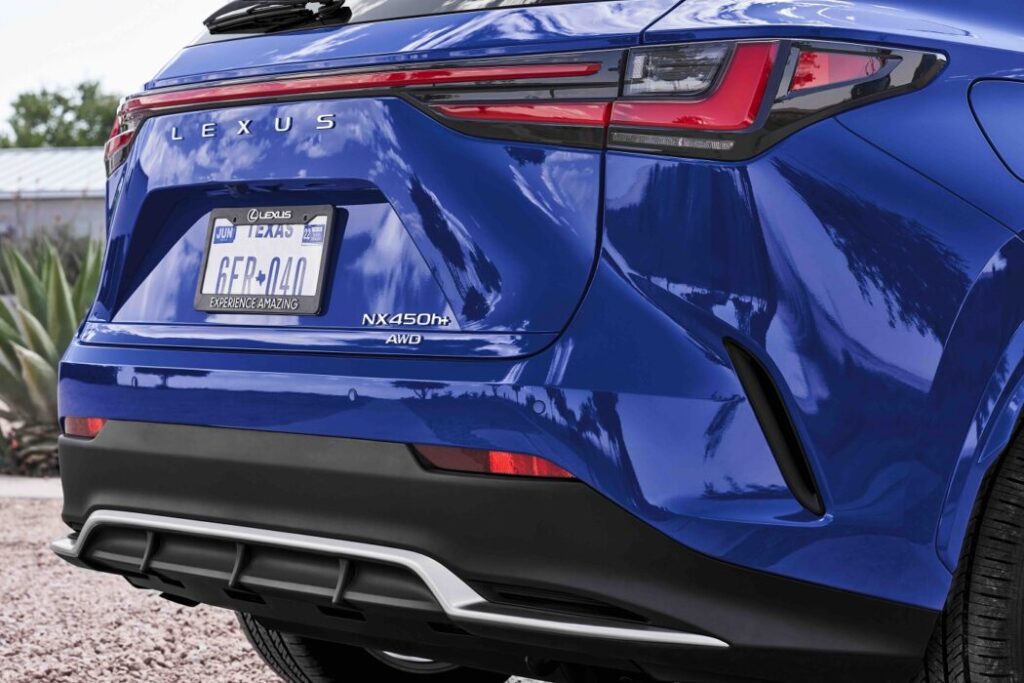 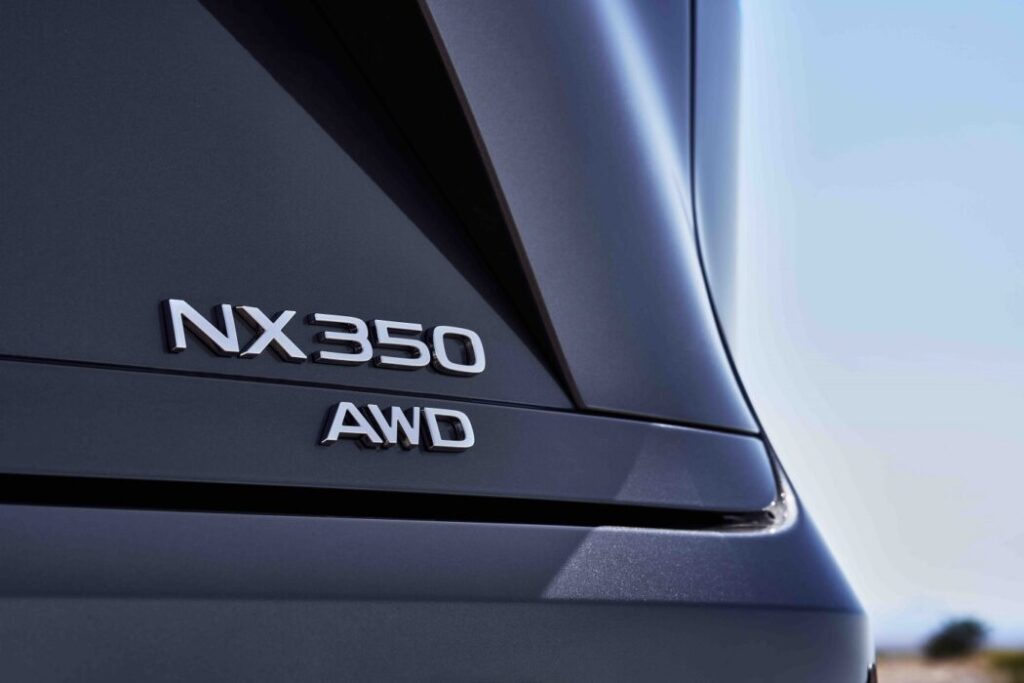 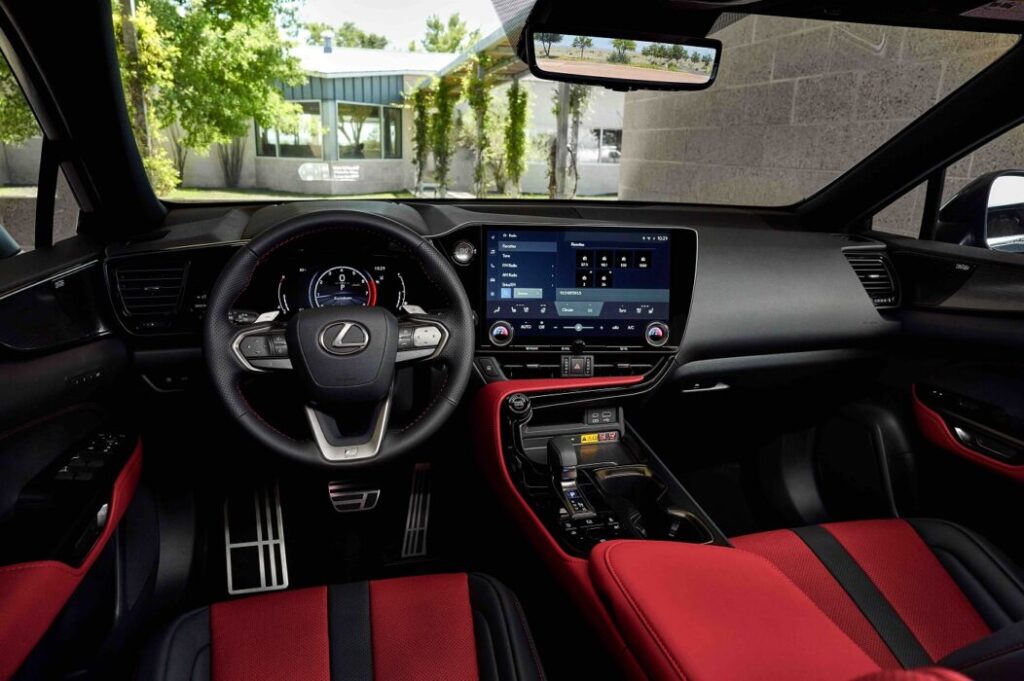 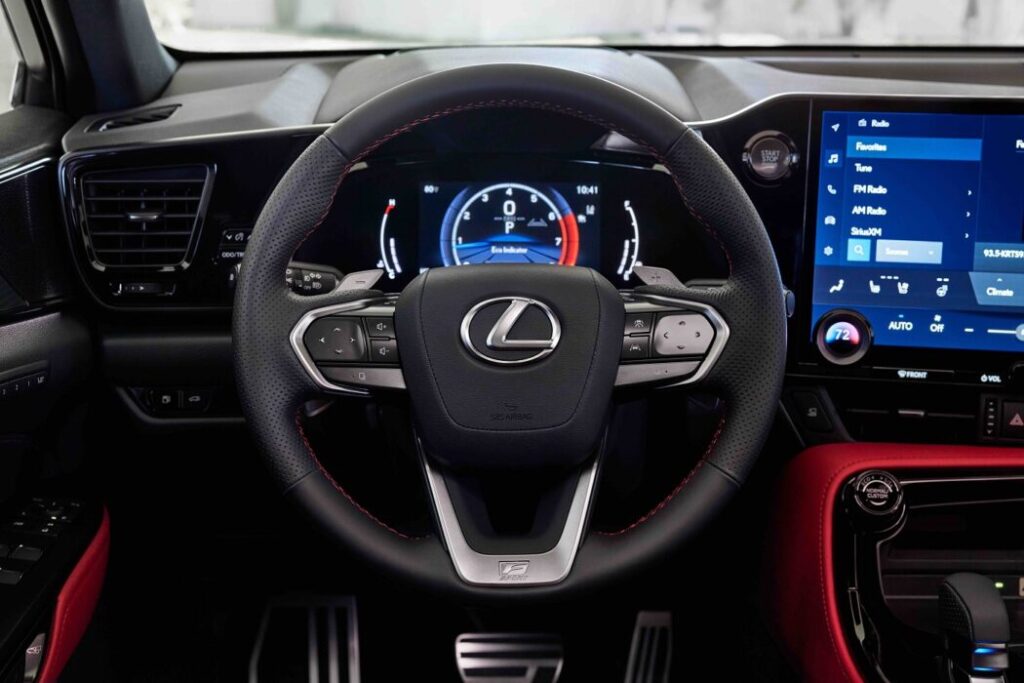 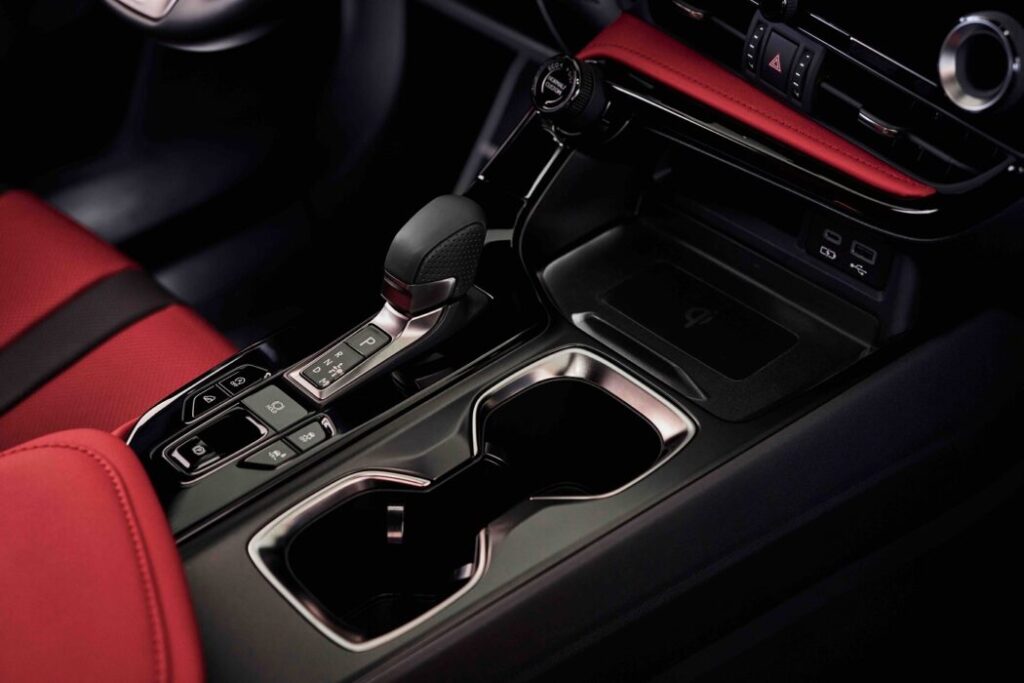 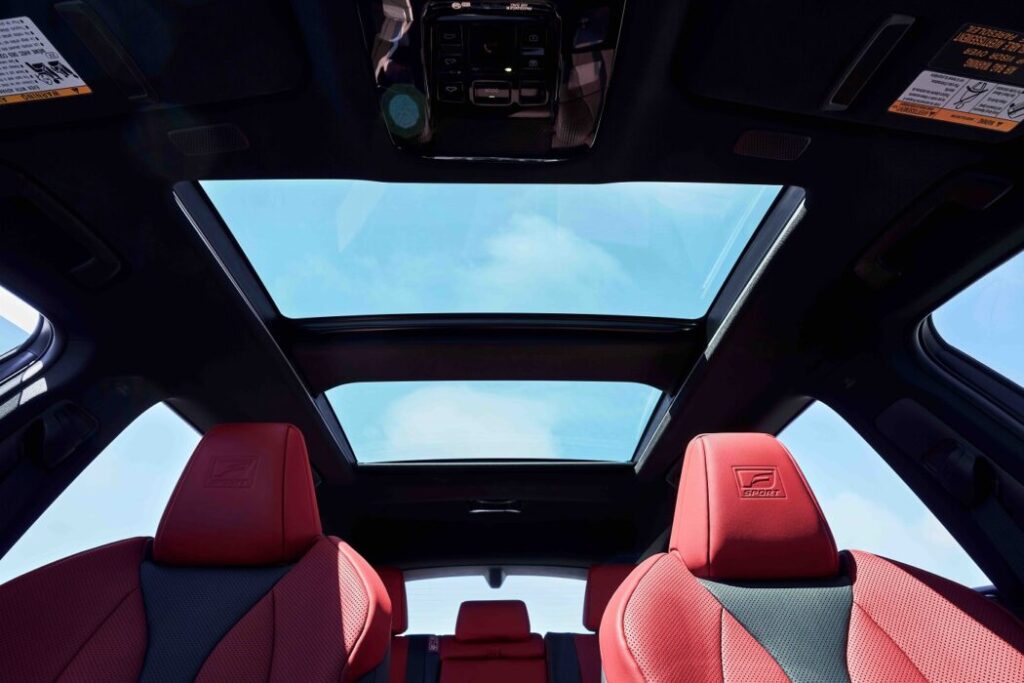 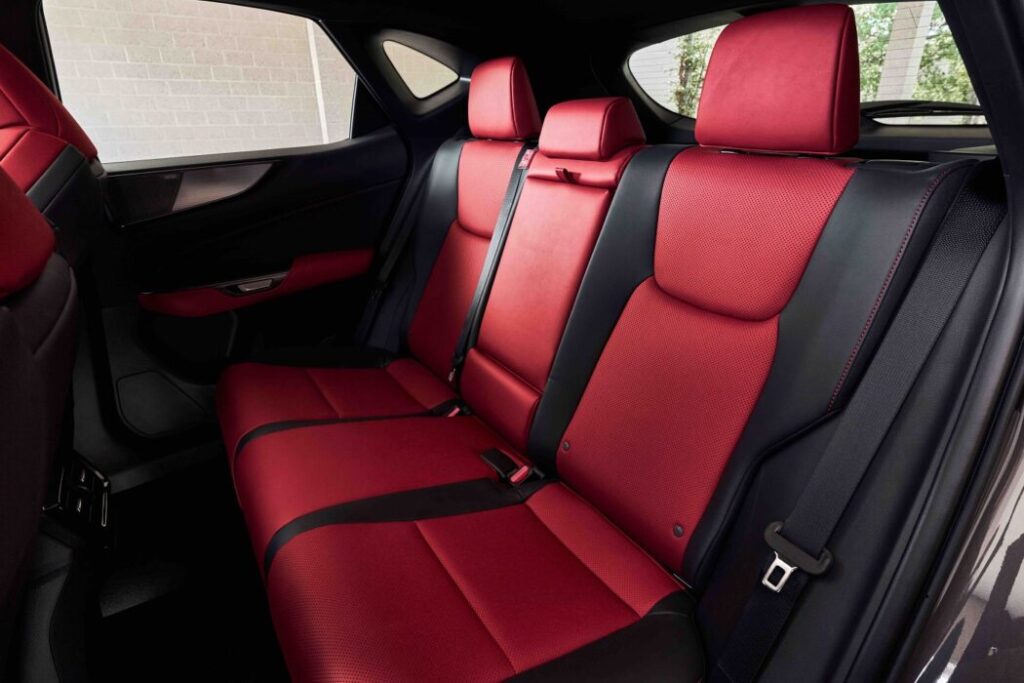 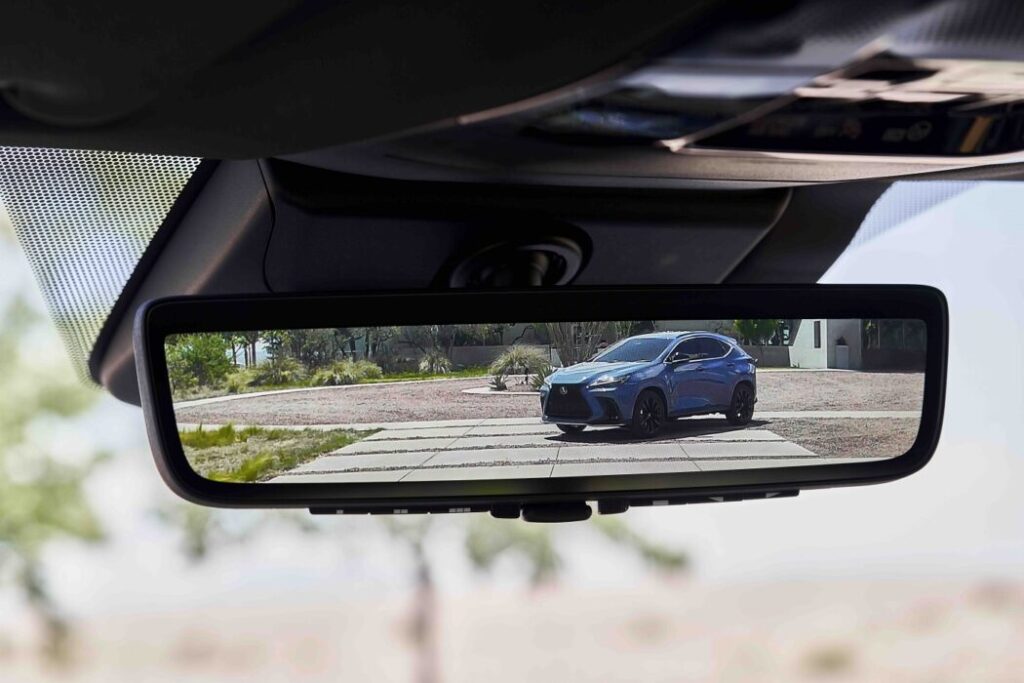 Finally, the touchpad has died and has been replaced by a completely new infotainment system called the Lexus Interface. It comes standard with a 9.8-inch screen, and a 14-inch display is an option. They have simplified menus, Google maps and search functions, and Apple CarPlay and Android Auto are now standard. There are still physical dials for controlling climate control and audio volume which is always welcome, and the driver gets a 7.0-inch high-definition screen in the instrument cluster and an optional 10-inch head-up display.

You will also notice if you were paying attention that the previous-generation SUV’s weird little removable vanity mirror is gone, not something that anyone would miss. Heated front seats are now standard, and you can option them in the rear too now where Lexus claims has more rear-seat room and cargo space than before, but we haven’t seen the specs yet.

The all-new NX will come equipped with the latest Lexus Safety System+ 3.0. for additional peace of mind in certain scenarios including:

Road Sign Assist – displays select road sign information in the instrument panel.
Pre-collision System – provides the potential to detect a preceding vehicle, pedestrian or cyclist in low-light situations.
Lane Assistance – designed to provide an audible alert if an inadvertent lane departure is detected.
Intelligent High Beam– provides greater visibility for drivers with added illumination when the road ahead is clear, then temporarily switches to low beams when it detects the headlamps or taillamps of vehicles ahead.

When can I get one?

The all-new 2022 NX will start production in the third quarter of 2021. Pricing will be announced closer to the on-sale date.