Yes this is the new 2016 Audi A4, a sneak peak before the formal world debut at the Frankfurt motor show this fall Both sedan and Avant wagon bodystyles have been revealed, while other variants – including the A4 Allroad and A5 coupe will follow. Surprises outside…none, this is an evolutionary design meaning the overall shape hasn’t changed, we can all see it is an A4, instead, Audi has given the A4 sharper lines. 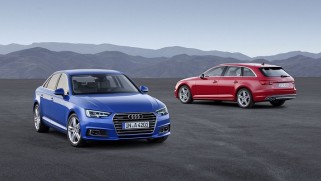 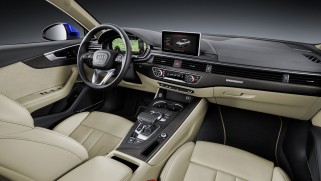 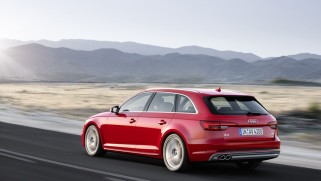 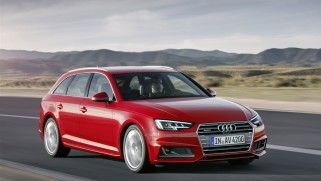 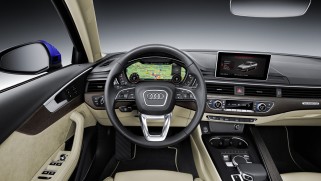 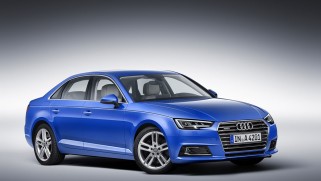 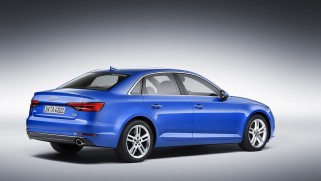 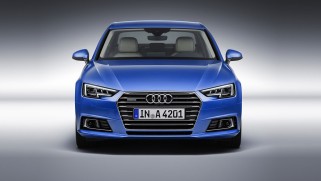 The big news here is that the 2016 A4 is 264 pounds lighter than its predecessor, depending on trim and engine. This is mostly due to the new architecture that Audi is using across all vehicles. It is also very aerodynamic with a drag coefficient of just 0.23. The end goal here is to preserve performance, which is what we all want, while improving fuel efficiency. The new A4 is now 15.5 ft long and with a wheelbase of 9.3 ft is slighter larger than its predecessor.

Audi isn’t saying which engines will come across the pond but for the rest of the world it will it’ll be offered with three gasoline and four diesel engines in Europe. Here’s what we think we will get in US spec versions:

A six-speed manual will be standard although here it is unlikely we will get anything other than the seven-speed ?S-tronic or the Tiptronic . Front-wheel drive will be the base model with Quattro available on most models and a Sport differential on the rear axle as an option. Handling is significantly improved, thanks to all-new electromechanical power steering and re-engineered forged aluminum five-link front and rear axles.

Inside the new A4 lies a more revolutionary cockpit, with the adaptive 12.3in LCD digital screen seen in the latest Audi TT. It’s completely configurable, letting the sat-nav take up all the space for the driver or you can simply go with conventional dials, with many a multitude of options. No other compact executive offers this.

In order to prevent passenger jealousy the A4 offers an extra center screen, 2 is always better than one in our opinion. New gadgets include handwriting technology, LED headlamps, contact-less phone recharging and natural speech recognition are available. Active cruise control will even take over in stop-start motorway traffic jams – this car is semi-autonomous. It also has gesture controls, the trunk can be opened by waving your foot under the bumper. Storage space has been improved by 15 liters to total 505 liters. Of course the Avant/Allroad will have more space. Legroom in the rear has been stretched as well.
The A4 was indeed in need of a refresh and while they seem to have played it safe, the proof will ultimately be in the driving. Let’s hope that it is a grown up version of the A3, which we love.

The A4 will be officially launched at the Frankfurt Motor Show and the 2016 Audi A4 is should hit US Dealerships in Mid-2016.