I’m finding the 2020 Toyota 86 a bit baffling, given that it’s unique in its sector, with only its Subaru BRZ twin to compete with. It was launched back in 2012 to a huge fanfare (as the Scion FRS in the US) and everyone agreed that with its skinny tires, quick steering and drifting abilities, it was the car of the moment. Fast forward to 2020 and the car is still the same and that’s where the problem lies, it desperately needs more power.

You see, under the hood is the same flat four 2.0-liter engine that now puts out 205 horsepower with a six-speed manual transmission, or 200 hp with a six-speed automatic. That in itself is the good part, the not so good is it only manages 156 lb-ft @ 6,400 rpm which you must rev the snot out of to get the best out of it.

Rumors have been circling around years that it would receive the new turbocharged engine from the Outback/Ascent giving it 260 hp to play with but unfortunately that would pitch it against the 2021 Supra which has a 255 hp turbo 4 option. It’s more likely that the 86 will get a bump to 217 hp and 170 ft lbs, according to some sources from Japan. We’ll just have to wait and see.

I was hoping my tester would come with the TRD package which offers a set of Sachs dampers, for improved handling, a set of 18-inch wheels with Michelin Pilot Sport 4 tires and of Brembo brakes. It was not to be but as a consolation Toyota delivered a model called the 2020 Toyota 86 Hakone Edition, and it features a color scheme nearly identical to that of the Japan-market British Green Limited model. As well as the green exterior paint, it gets a black rear spoiler and bronze 17-inch wheels that look fantastic. 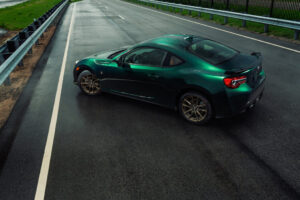 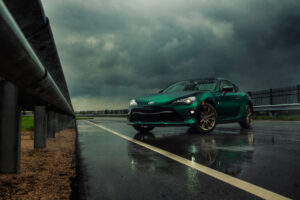 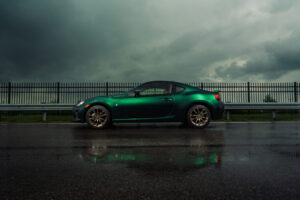 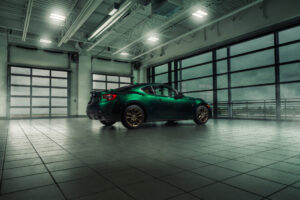 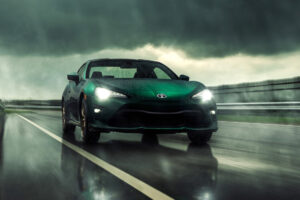 The little 86 is light on its feet and it’s keen to change direction thanks to excellent steering, superb brakes and a very controlled chassis. Once you are up to speed it feels quite quick, but I wish the engine note was more interesting, instead it sounds somewhat strained at higher revs and nondescript elsewhere. dull

On a clear 2 lane twisty highway this car is great fun, you can have some fun with the stability control turned off and it is so controllable, providing incredible feedback to the driver. Catch up to another car though and even when a straight stretch with dotted lines present itself, it simply doesn’t have enough power to pass.

The 6 speed is the only way to go and it’s closely spaced but you need to be smooth to get the best out of it, if you’re not, it will frustrate, and you can occasionally catch 5th instead of 3rd. I found it more enjoyable to short shift at 3,500 rpm since it feels like there is a decent amount of torque there and it makes for much smoother progress. 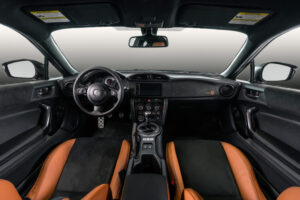 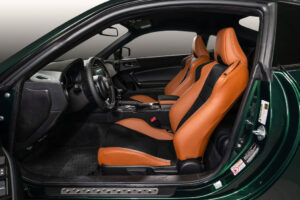 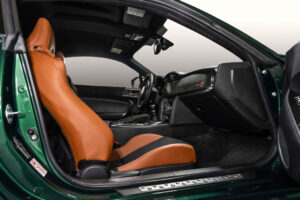 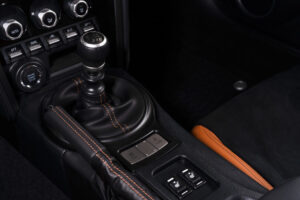 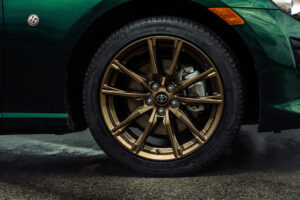 The Hakone edition gets some snazzy two-tone tan and black seats which are comfortable and provide good lateral support. It is quite simply inside, which I like, but it does lack the tech offered in most Toyota models, the Toyota Safety Sense 2.0 to be precise.

The car does come standard with a 7.0-inch touchscreen with Apple CarPlay and Android Auto and that’s it. As expected, the center console has just enough room for a smartphone and the federally mandated rear-view camera is in the rear-view mirror.

The rear seats are tight, even I didn’t try to squeeze my small frame in there, but the trunk space is decent offering 6.9 cubic feet for groceries and the like.

A small rear drive sports car is always a great concept and the 86 is both fun and entertaining, however, on a track you can make up for the lack of power by getting into drifting nirvana. On a regular road you meet other cars and it’s sometimes much too difficult to pass them on a 2-lane highway. Let’s hope it gets the power increased it deserves because it really does look the part, especially in that Hakone Green.