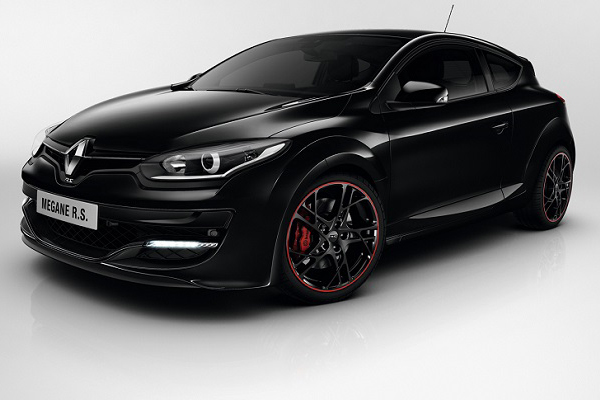 The hot hatch isn’t liked a lot and it never really caught on here like it did in Europe. We have the GTI here of course but most of the interesting stuff is across the pond. Things are starting to change but we are unlikely to get everything including  the Audi S1, Audi S3, Mercedes A45 AMG, Renault Megane RS…..and the list goes on. So we’ve limited our top 5 hot hatchbacks to the ones we have tested. Factors in our decision were not just performance. Fun factor is the best part of a hot hatchback which is why we didn’t include the Mini Cooper S and the Hyundai Veloster Turbo.

So in no particular order we give you our top 5 hot hatchbacks………..

and the Winner Is….scroll down

The 2014 Ford Fiesta ST is not the first hot Fiesta…..that honor goes to the 1981-1989 Ford Fiesta XR2. With a 1.6 liter engine it produced 94hp and did 0–60 mph in 9.3 seconds and went on to a 105 mph top speed. Later Ford upped the power and produced a turbo version called the RS with 130hp. Ford dropped the XR and XRi badges in 1994 to be more insurance friendly after the car was often stolen and raced around parking lots by spotty teenagers.

The 2014 Ford Fiesta ST is nothing short of sensational. Ford has worked some magic with the suspension and the dynamics of this car. Under the hood is the now familiar 1.6 Turbo making 197 horsepower at 6000 rpm and 214 lb-ft of torque at 3500 rpm. One transmission is available and it’s manual and is one of the  nicest shifters around. Two gear changes will take you to 60 in around 6.9 seconds……this car is no slouch.

Is this the best small car on the market? Yes …..it’s definitely the best Golf GTI to date, the chassis is massively accomplished and in my book it’s firmly back in first place ahead of the very good Focus ST.  It simply rides better, corners better, is faster and has a nicer interior.
Under the hood is the well used and tested 2.0 T DOHC 16-valve inline-4 with direct fuel injection. With the extra 10 hp it puts out a respectable 220 hp @ 4700 rpm and 258 lb-ft @ 1500 rpm. Using launch control the GTI blasts to 60 mph in 5.8 seconds.

We haven’t driven one of these since 2012, but when we did it was a hoot. True these days it is getting a little dated (rumors abound of a new one) and the competition is now outclassing it, but we love it. The engine pumps out 263-hp, from a  2.3L Direct-Injection Spark Ignition turbocharged 4-cylinder engine with 280 lb-ft of torque at 3000 rpm. Couple that with a close-ratio 6-speed manual transmission, torque-sensing conical limited-slip differential, equal-length half shafts,  Mazdaspeed tuned suspension and brakes and you have a recipe for speed and smiles! 0 – 60 – is dispatched in 6.0 seconds.

We drove the manual version and  it feels lively on the road and acceleration is good,  0-60 in around 7 seconds. The gear lever snicks through the gears like a knife through butter and the clutch feels light and easy to use. The little fiat is not fastest hot hatchback we have driven but it doesn’t matter………because there is a Sport button on the dash that ups the torque from 150 to 170 and tightens the suspension and steering. The best part is the engine note and the exhaust, addictive! The little car farts and parps along and if you change down emits a crackle on the overrun that is intoxicating. It’s like driving around in a large Rice Krispie, snap, crackle and pop.

Ford Focus ST uses a tuned version of Ford’s 2.0-liter turbocharged EcoBoost inline four-cylinder rated at 250 hp and 250 lb-ft of torque. Power is routed through a six-speed manual to the front wheels. The 2.0-liter EcoBoost takes advantage of high-pressure direct injection, a low-inertia turbocharger, and twin-independent variable cam timing to help decrease fuel consumption by a claimed 20 percent compared to the outgoing ST.  The ST reaches 60 quicker than it’s little brother in 6.3 seconds.

We chose it because pound for pound it is the most fun small car to be had for the lowest price. It’s chassis is brilliant and it constantly had us grinning even at low speeds. Bring on the Focus RS……