Chevrolet Suburban – First vehicle to get it’s own Hollywood Star

The Chevrolet Suburban has become the first vehicle ever awarded an Award of Excellence star at Hollywood & Highland due to its participation in countless movies during its 67-year career in Hollywood film and television, all without ever doing an audition or waiting tables. It qualifies as one of Hollywood’s longest-working actors, with only a few stars having longer careers, Betty White and Carl Reiner to name a couple.

Virtually every movie that I can remember that involves the FBI, Secret Service or CIA has a blacked-out Chevy Suburban in it and if it didn’t it would seem odd. Imagine if they were driving around in Toyota RAV 4s,…. nope..…. that certainly wouldn’t work for me. I mean when you see a convoy of black Suburban’s appearing on screen, it’s an imposing sight and you always know something is about to go down. Even overseas where the big Suburban is not sold, it’s still instantly recognizable by everyone. 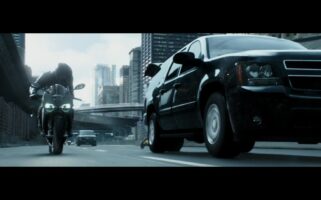 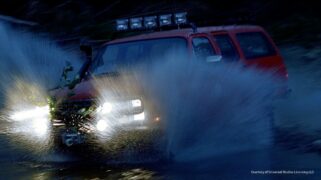 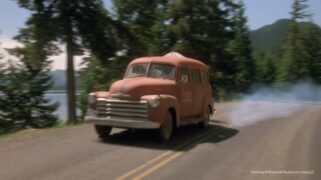 Why are they so popular both on the silver screen and in real life? Well they are well suited for transporting large groups of people, as well as cargo, they have become synonymous with shows of authority and they command attention. The Suburban is therefore actively used by federal, state, and local government agencies, as well the military for the transportation of personnel. The movies it has starred in are therefore simply emulating real life and that is the reason they are popular with so many people.

Some of my favorite movies have starred the Chevrolet Suburban, include Sicario, Deadpool, Training Day, Shooter and TV shows like Goliath, Law and Order and Blindspot…..the list is virtually endless.

Looking to the future, the 2021 Suburban and Tahoe will both come equipped with a new independent rear suspension setup, either as standard equipment or as an available option. This will provide significant improvements to ride and handling, and overall passenger comfort.  With a new turbocharged 2.7L four-cylinder as an available engine and the GM 10-speed automatic I would expect the Suburban to be making movies for another 67 years and more. yippee–ki–yay