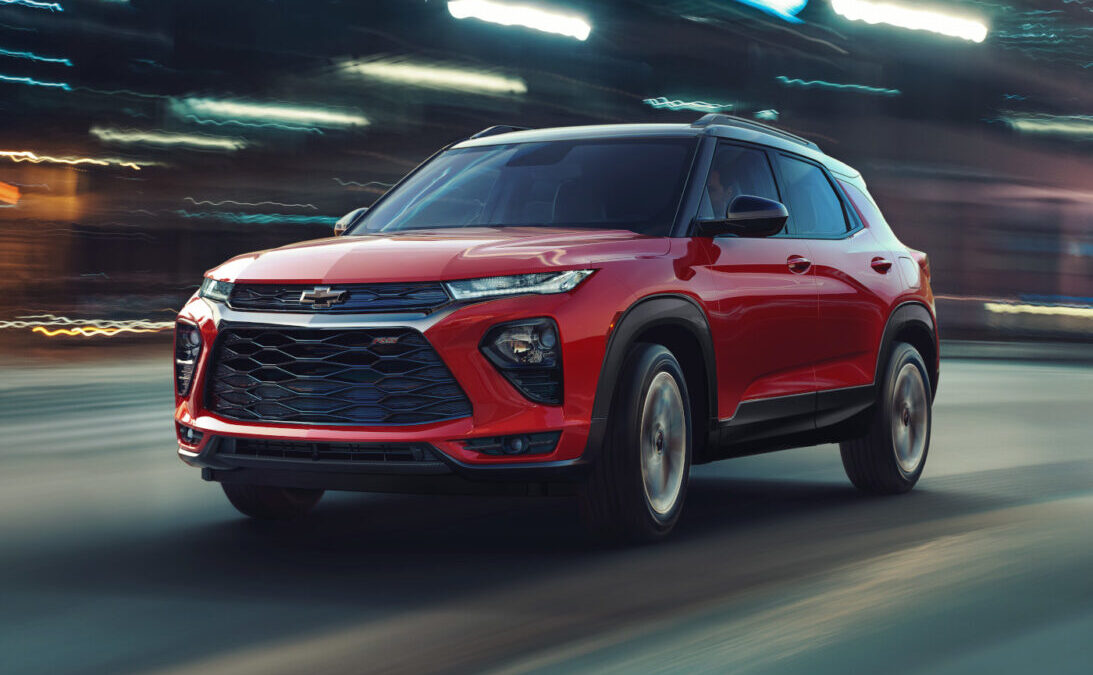 We were supposed to get the 2022 Subaru Outback Wilderness but unfortunately, it got damaged in transit so Chevy very kindly stepped in and delivered a 2022 Chevrolet Trailblazer AWD RS. Not quite the hardcore off-road vehicle we were expecting but a car nonetheless.

The Trailblazer used to be an SUV but is now a much smaller subcompact crossover that looks, especially from the front, like a scaled-down version of the Blazer.  The little RS AWD version has plenty of black cladding giving it a somewhat off-road and rugged look despite only having 8-inches of ground clearance, which should be enough right?

I do like how it looks especially versus its luxury sibling the Buick Encore GX which still retains some of the jelly bean looks of the even smaller Encore. Chevy has done a great job with the design of the Trailblazer.

You’re not going to win any drag races in the Trailblazer since 0-60 takes around 9 seconds but it’s quicker than the painfully slow Toyota C-HR and more practical and roomier. 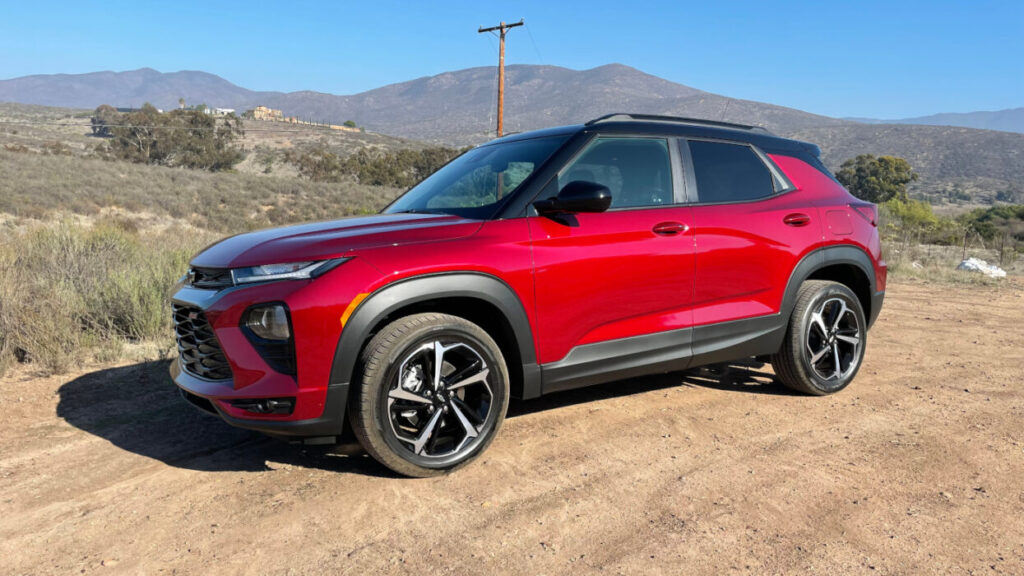 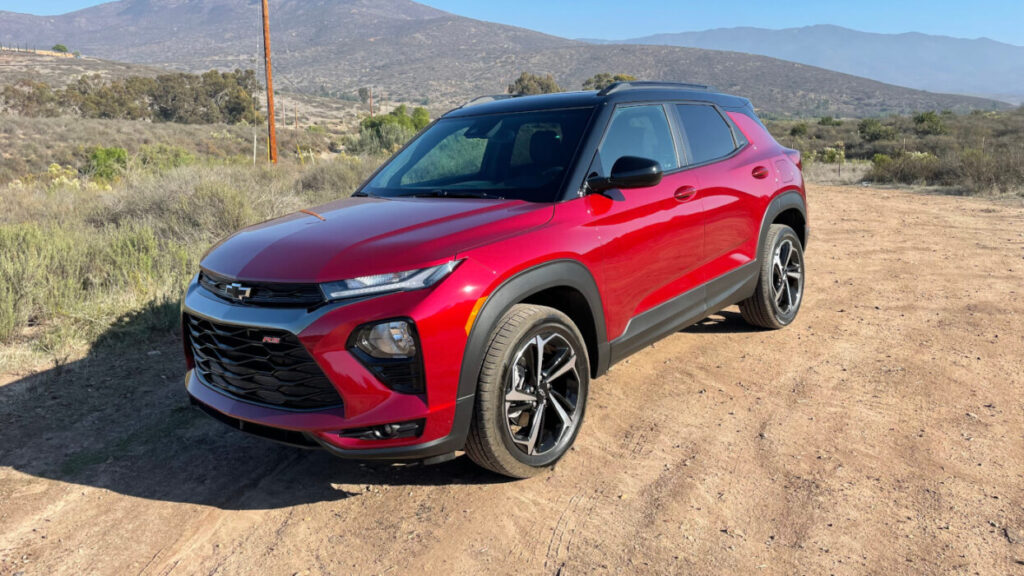 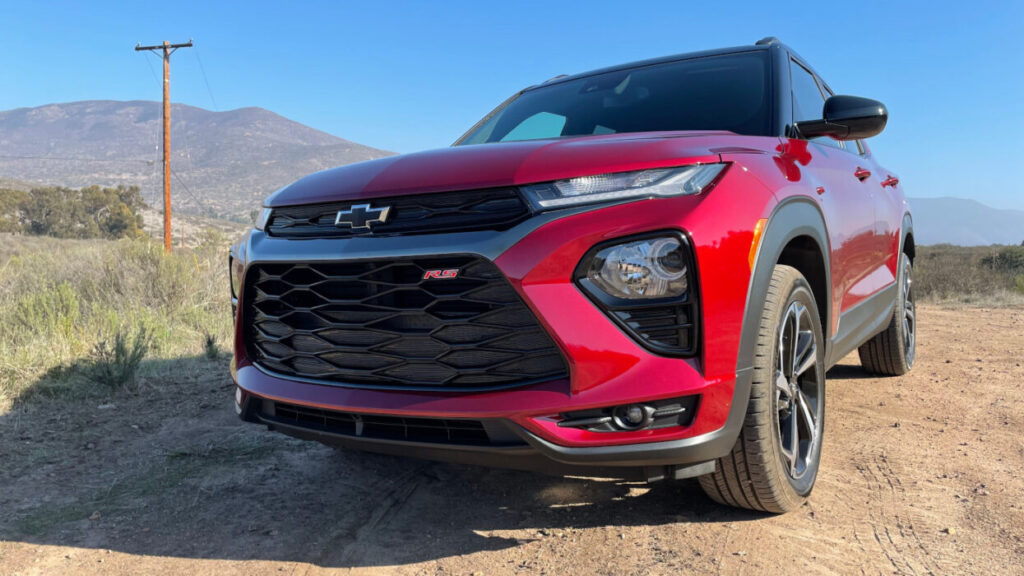 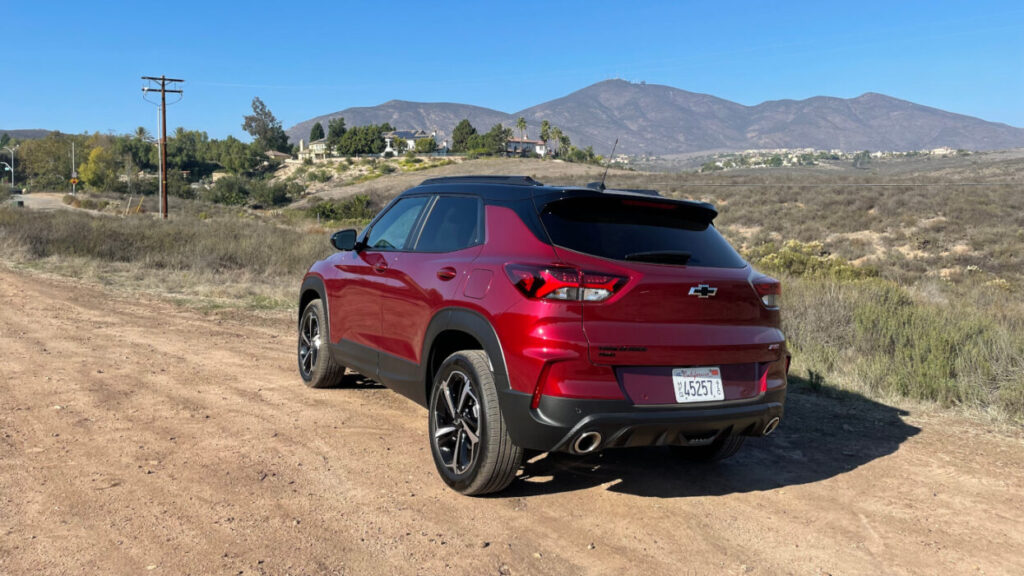 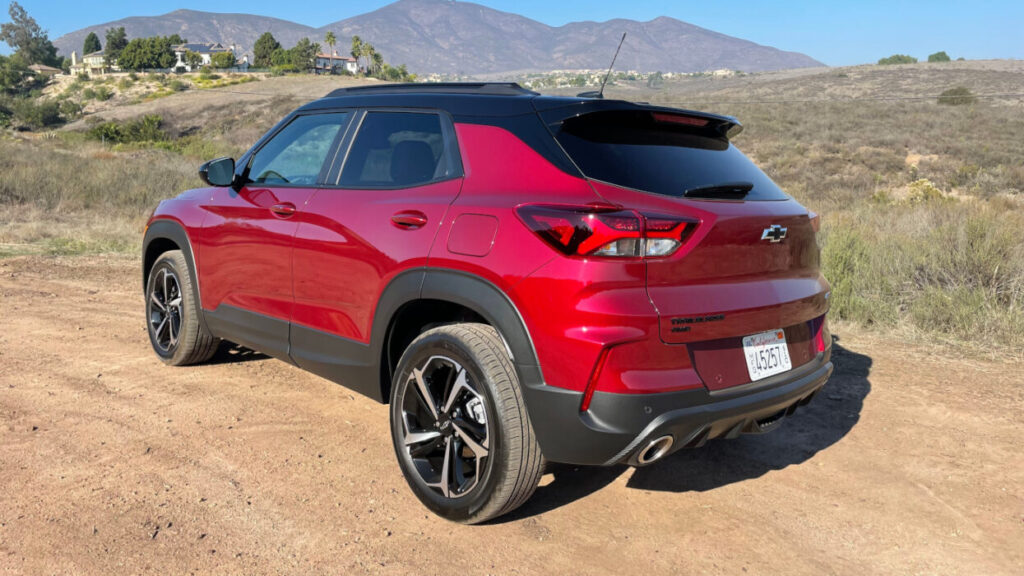 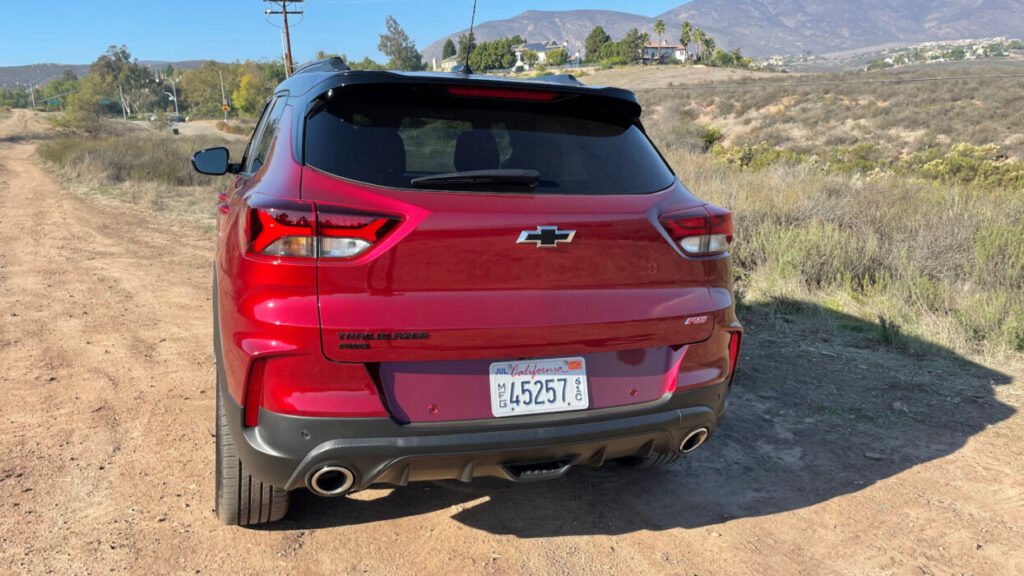 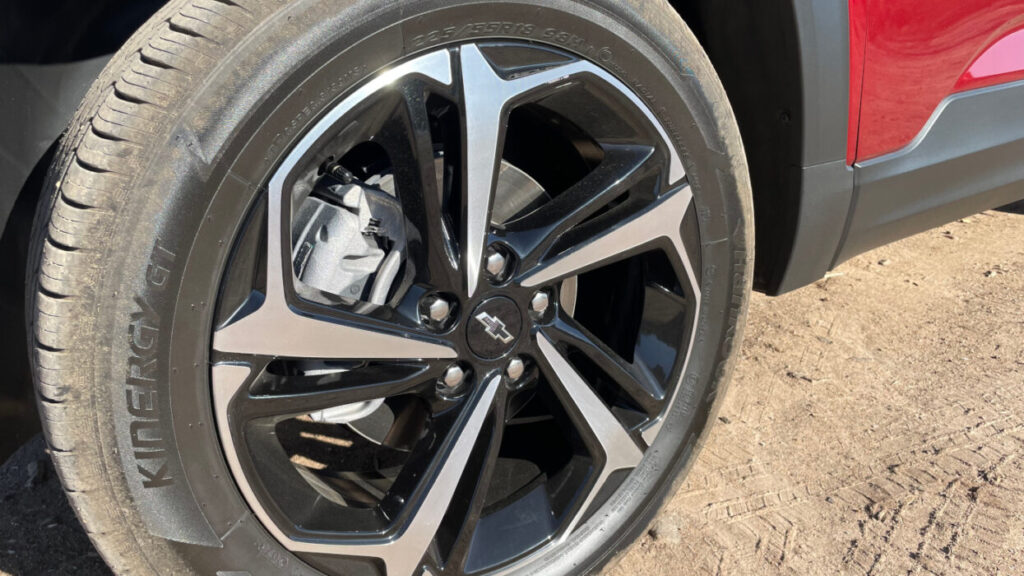 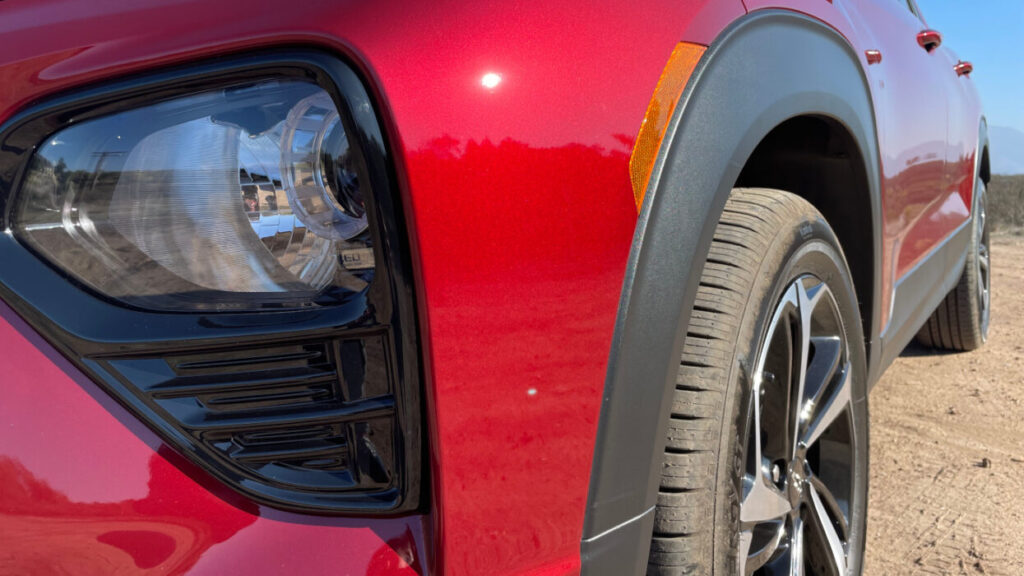 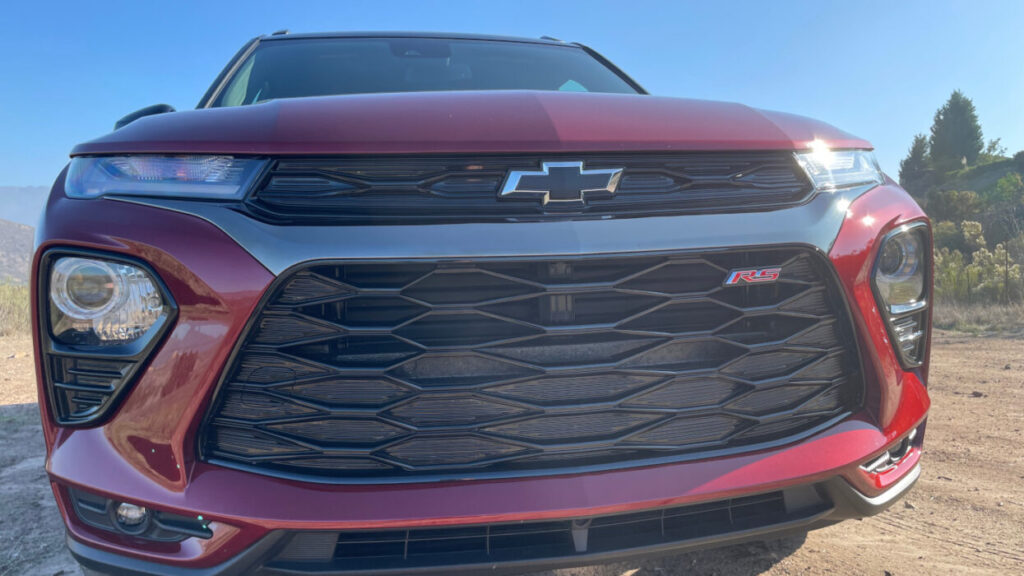 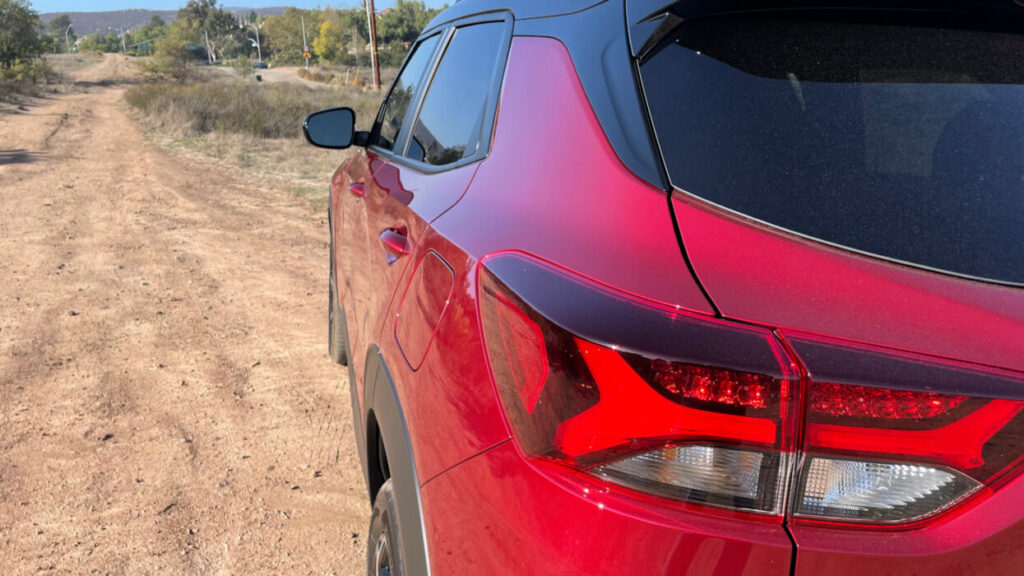 Chevy’s 1.3-liter turbo 3 is surprisingly quick despite what the numbers show, it zips off the line with verve and is very tractable and easy to drive around town with little turbo lag. The torque kicks in at a low 1,600 rpm and that 174 ft-lbs is what matters here, not the smaller hp number.

The nine-speed automatic transmission is pretty good too and it’s best to let it change up well before peak torque arrives since it does run out of steam at higher revs.  It’s tuned for fuel economy and even though I averaged 22.7 its EPA numbers for less zesty drivers are 26 mpg city, 30 mpg highway, and 28 mpg combined for the 1.3-liter engine.

Get it on a back road and you are in for more surprises, the little RS is fun and chuckable. The suspension is quite firm and body roll is surprisingly well controlled. It will ultimately understeer but back off the throttle and it settles back in line. The firmness of the suspension can be somewhat jarring over poor pavement and potholes but I prefer that to squishy any day.

The steering is direct with some feel from the wheels, a rarity these days. The brakes were good if a little grabby at lower speeds but I can’t complain about the overall level of performance it has.

There is a Sport mode in the Trailblazer, which Chevy says changes the transmission’s shift logic, giving the steering a heavier feel. I didn’t really notice anything except it holds onto the revs longer thereby negating the nice torque curve that the 1.3 offers. In this case, it’s best to leave it off.

Since we were deprived of some offroad fun in the car we were supposed to get we thought we might try the Trailblazer and see if we could blaze some trails. We have several levels of trails to choose from and we chose the easiest, the AWD system is part-time, it doesn’t have locking diffs and we didn’t want to damage it or get stuck, plus it has street tires.

Going up a short but steep hill the Trailblazer had some difficulty getting traction since the rear wheel kept lifting off the ground and the other wheel wasn’t getting power. The front wheels were also slipping so we backed up and took a run at it, and after some spinning and effort made it up the hill. Definitely, not the kind of thing an owner would try but it will tackle easy truck trails with no trouble. 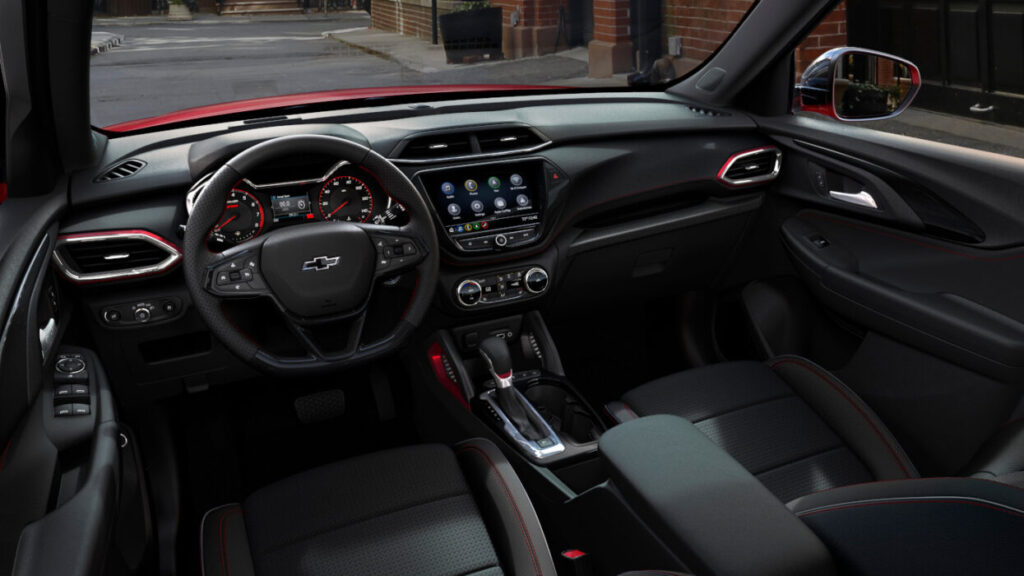 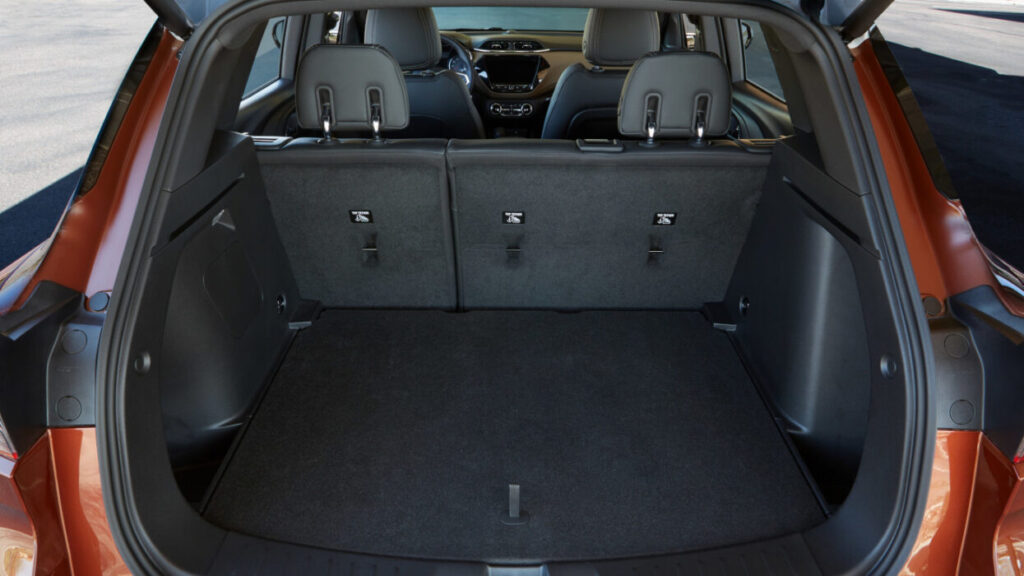 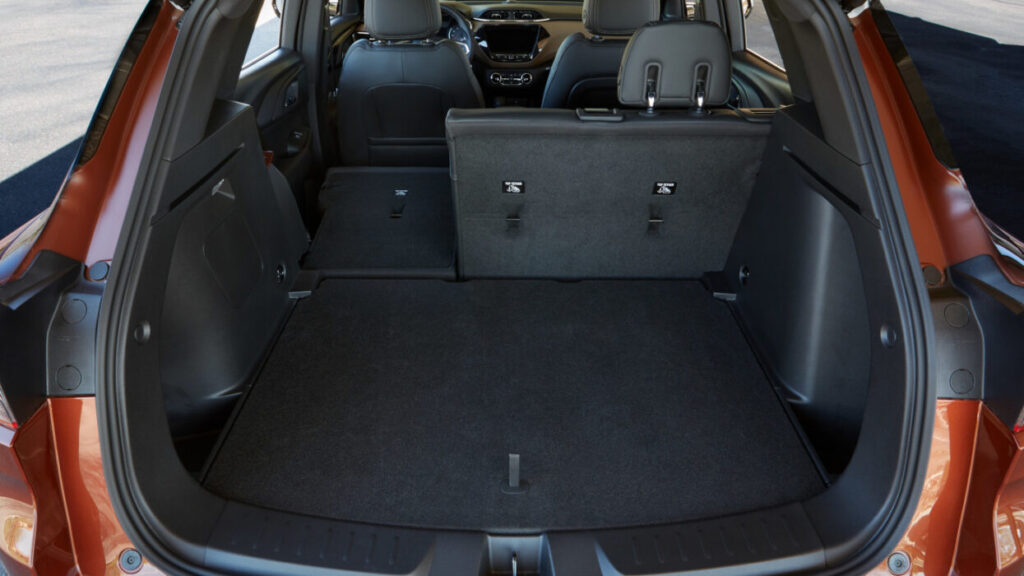 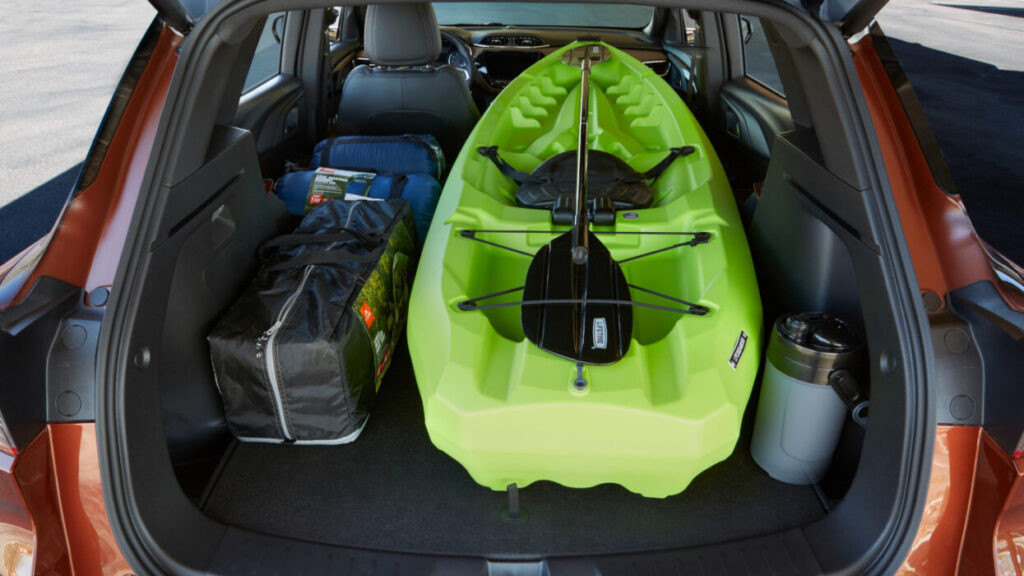 Inside the Trailblazer, my RS-equipped model had an 8-inch touchscreen with Chevy’s Infotainment 3 system which is easy to use but I do wish the screen were angled toward the driver a tad.  It has Apple CarPlay and Android Auto, wireless connectivity, and wireless charging, which will fit most sized phones.

There’s plenty of charging with both USB Type-A and Type-C ports, plus a 12-volt outlet up front and there are additional USB-A and USB-C ports for rear-seat passengers.

The overall feeling of the interior is good, it doesn’t feel cheap but there are some hard scratchy plastics lower down but that’s expected on a car at this price point. The seats are decently comfortable if a tad hard and the driver gets power adjustment, the passenger does not. Rear seat space is good with plenty of legroom, however, taller folks may experience a headroom problem thanks to the sloping roofline.

Seat material will keep vegans happy, it’s a hard-wearing material that wipes clean easily, and there are decent amounts of storage in the center console, door pockets, and 2 good-sized cup holders.

The Trailblazer’s cargo space is bigger than I expected with 25.3 cubic feet behind the second row of seats, expanding to 54.4 cubic feet when they are folded.

I think most folks will find that the Trailblazer does a pretty good job as an everyday practical car, it drives well, goes off-road (to a degree), and is very economical. If I were to spec one I would go for the RS AWD and forgo the sun and liftgate package to save some cash.