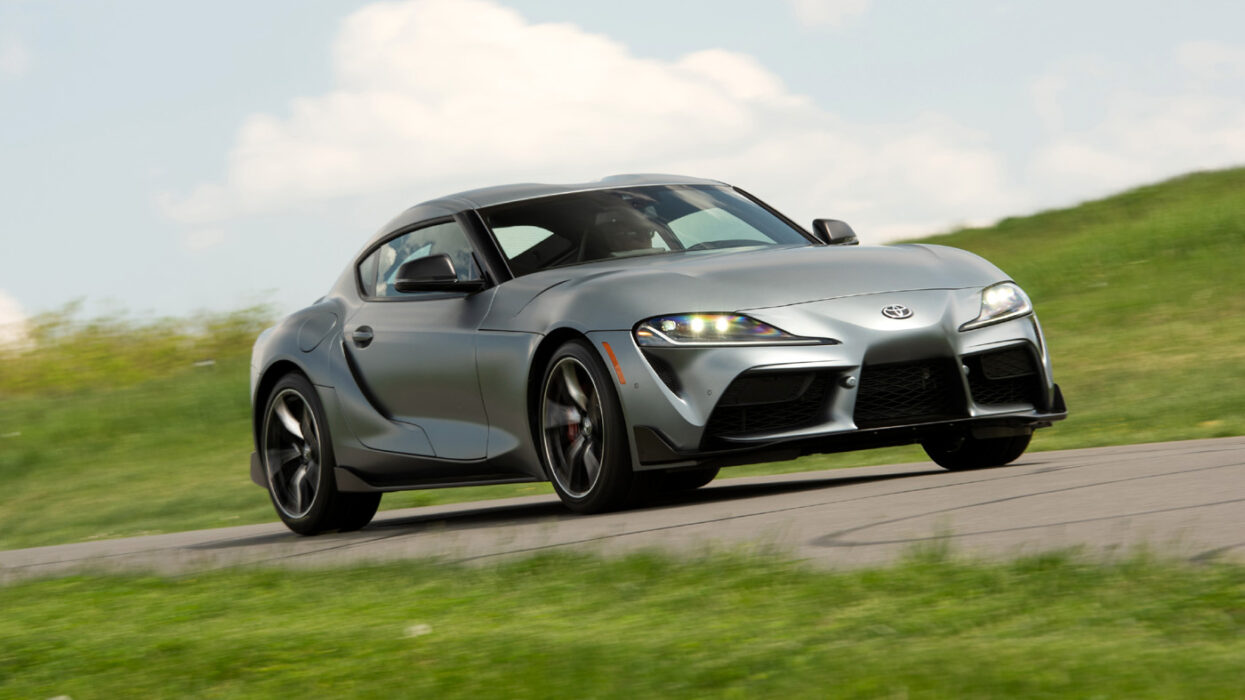 Some people said the 2020 Toyota Supra felt too much like a BMW, which is not surprising since it uses a BMW platform, engine, and drivetrain……….. so, what did they expect? It’s no bad thing either, BMW’s straight-six turbo is one of the best. The real problem was that the 2020 Supra was down on power to its BMW Z4 sibling by 47 hp and despite being a fantastic drive, it felt like it ran out of steam in the higher reaches.

Thankfully Toyota listened and much to the chagrin of the people that bought the 2020 model, for a premium in a lot of cases, they have matched the BMW Z4 M40i’s power.

The new mill in the 2021 Toyota Supra 3.0 produces 382 horsepower and 365 lb-ft of torque mated to ZF’s eight-speed automatic, the only available transmission. Toyota has made numerous changes to get to these numbers, including a new cylinder head with a fully separate exhaust manifold, revised pistons to reduce the compression ratio from 11.0:1 to 10.2:1. They have also increased boost by using a larger turbocharger.

Toyota didn’t stop there though, they did some chassis and damper tuning, tweaked the electric power steering, the adaptive variable suspension, electronic stability control, and active differential programming. New front and rear bump stops and aluminum braces were added to increase lateral rigidity and achieve the goal of increasing roll resistance and improve cornering stability. Guess what? It worked.

How Quick is it?

Acceleration is actually no quicker than the outgoing model, in the all-important 0-60 dash it still takes 3.8 seconds, which is pretty quick for a rear-wheel-drive car. Don’t despair though the extra power reveals itself in the upper reaches and is positively delightful. 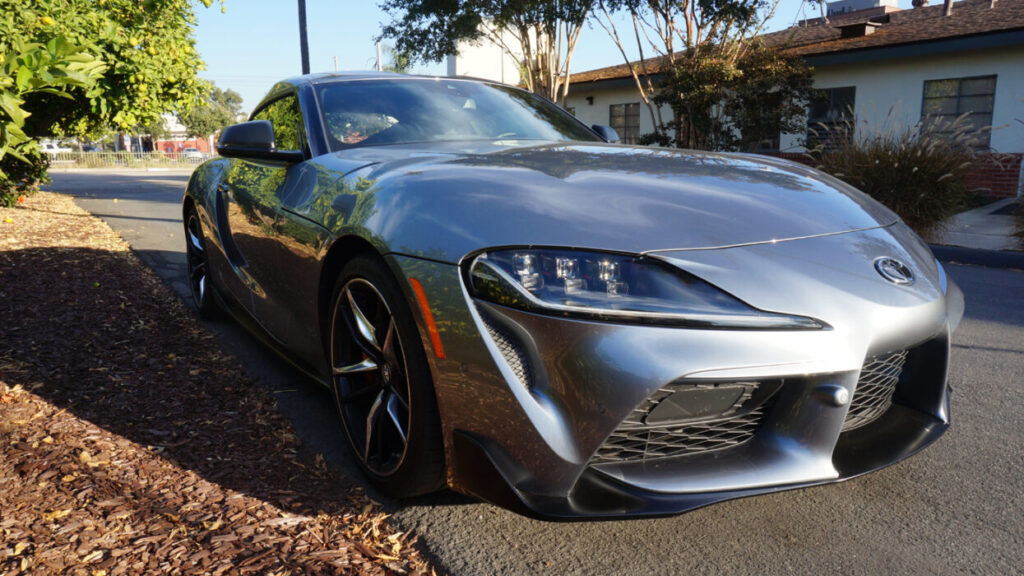 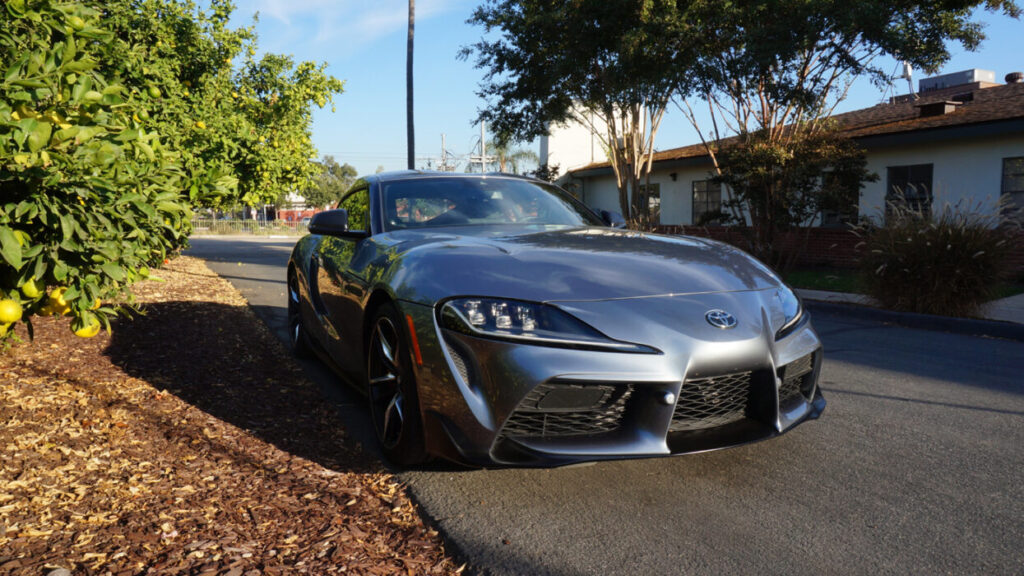 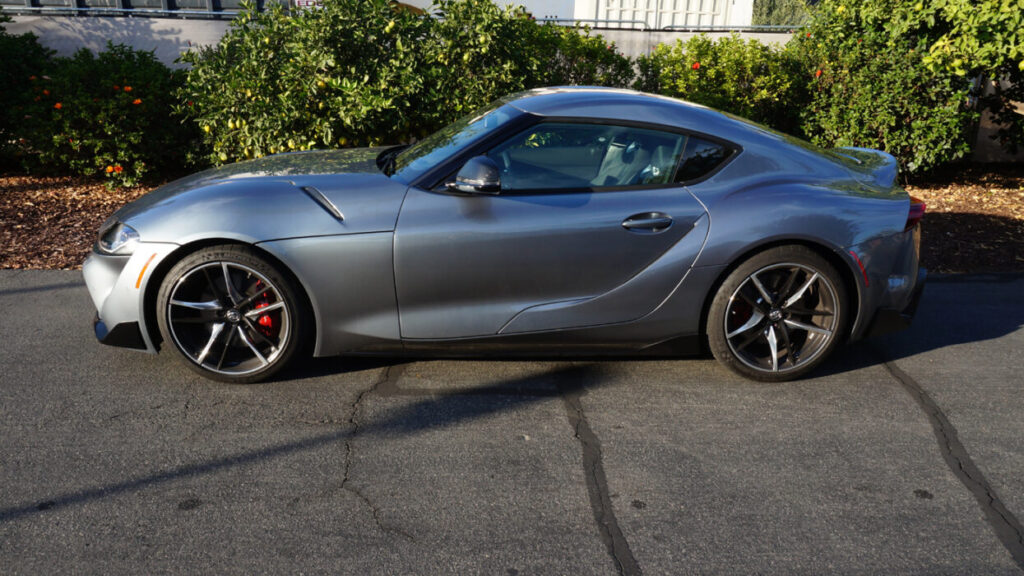 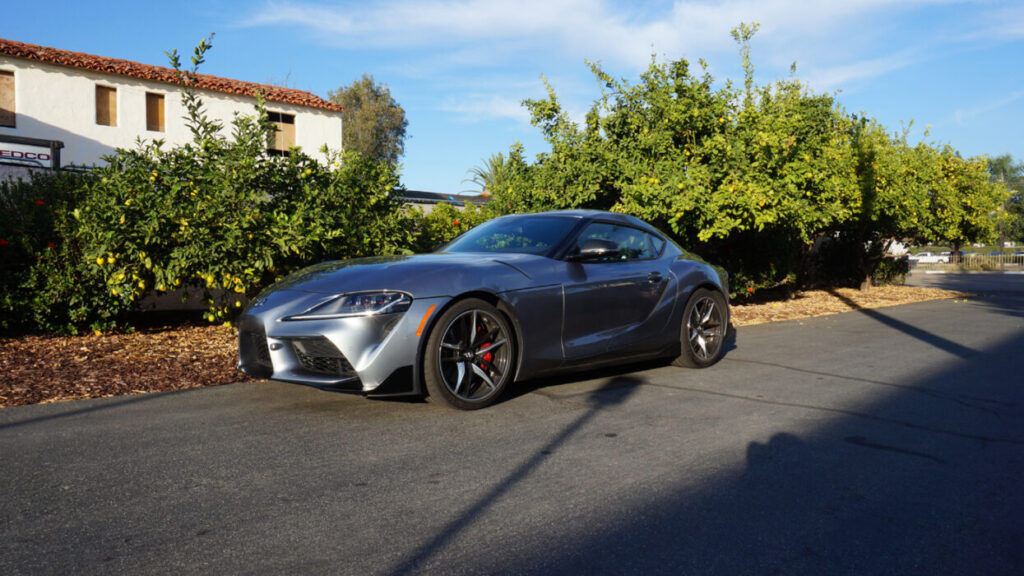 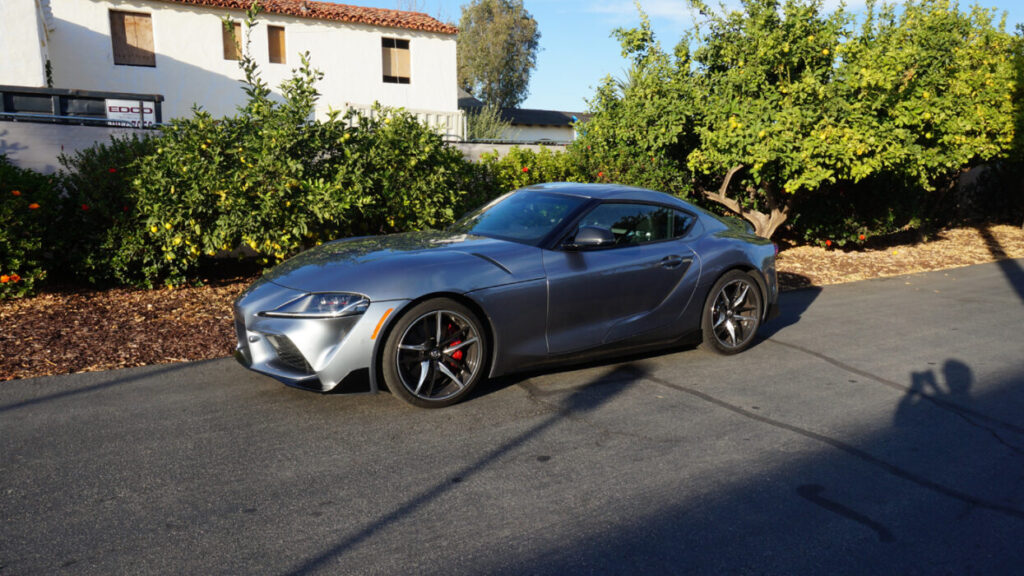 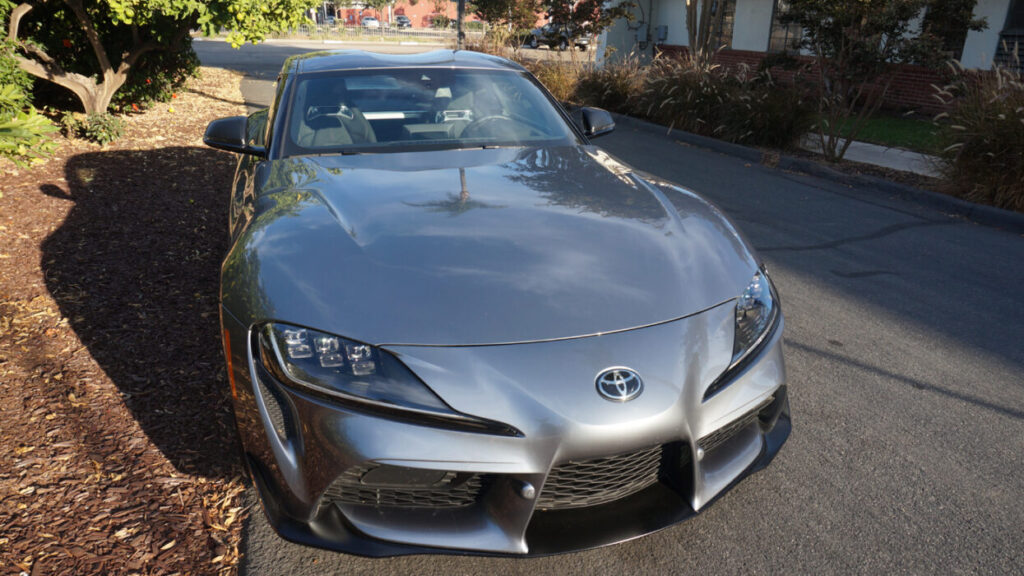 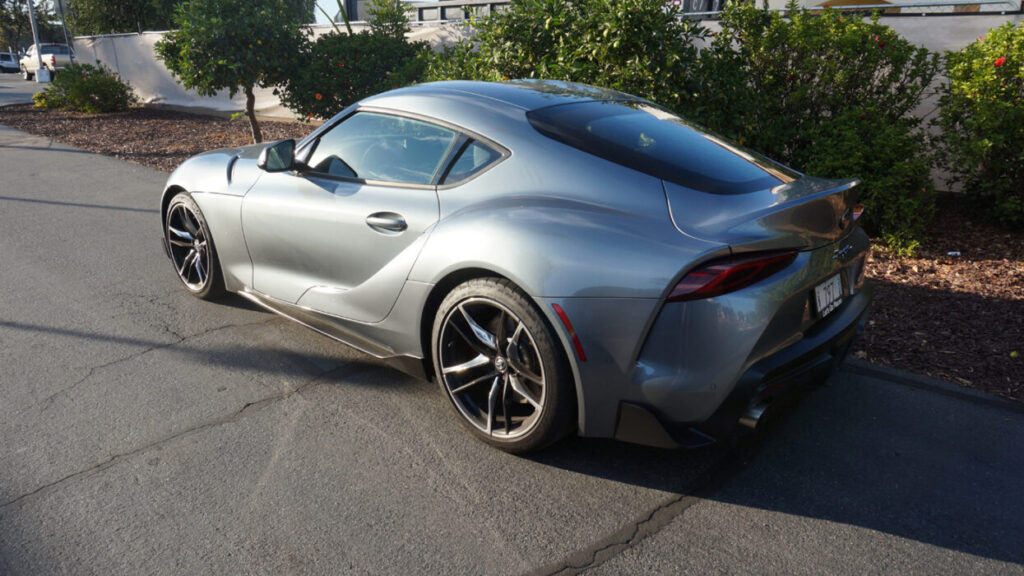 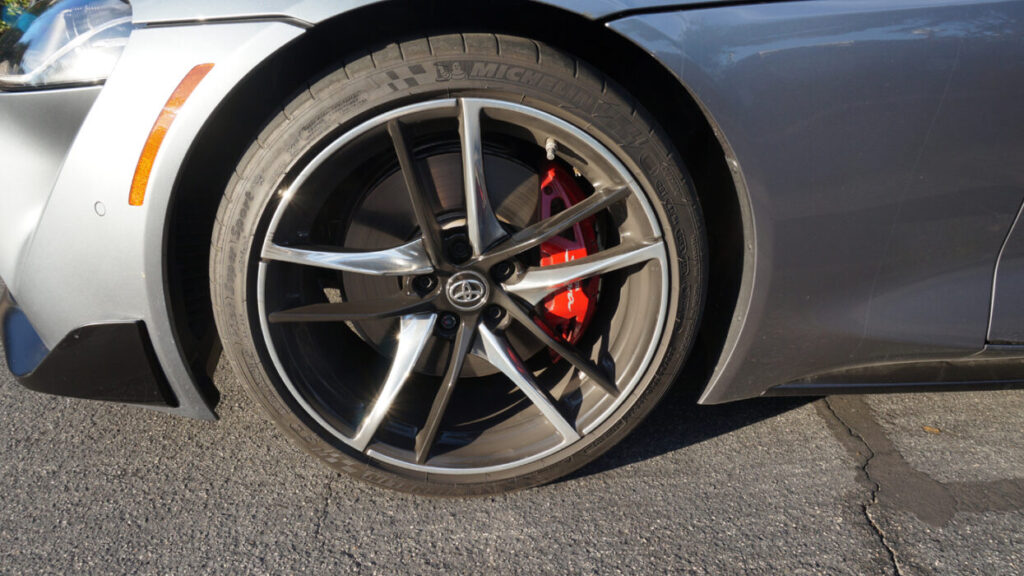 There is no doubt though that the Supra is way better looking than the Z4, it just looks so very Japanese, the curves and creases the perfect proportions, and that inwardly curving roof are utterly beautiful. It’s a real head turner and I can’t count the number of passers-by that stopped and stared.

The first thing you notice is the refreshed 3.0-liter pulls really hard all the way to its 7000-rpm redline at the same time making glorious noises out the back. As you set off there’s a hair of initial turbo lag followed by a steady surge of power and the thrust continues at much higher speeds than before. The steering is very accurate, well-weighted, and feels crisper than before, it’s massively fun to flick through tight turns.

Head out to the mountains East of San Diego and the changes all start to make sense, this car loves the turns, whereas the 2020 car was somewhat hoppity over mid-turn bumps and it really wanted to get sideways. Now you have a more mature feeling car, its chassis is planted, well-composed and feels perfectly balanced. It sticks well too, thanks to the Michelin Pilot Super Sport summer tires on those superb rims.

This is one of the best driving cars period!

The first thing you notice in Sport mode is the snarl from the exhaust on the overrun, it’s positively addictive and I spent a lot of time letting off the gas just to hear it. It does sound more subdued than before, there’s less teenage angst, the Supra has grown up.

It rides quite calmly too despite having a short wheelbase, mid-corner bumps are well controlled, it simply doesn’t put a foot wrong in any situation. Given the speed that the car can reach it has a decent set of stoppers, the front rotors are 13.7 inches in diameter and the rears are 13 inches and fade-free during our aggressive driving stints. 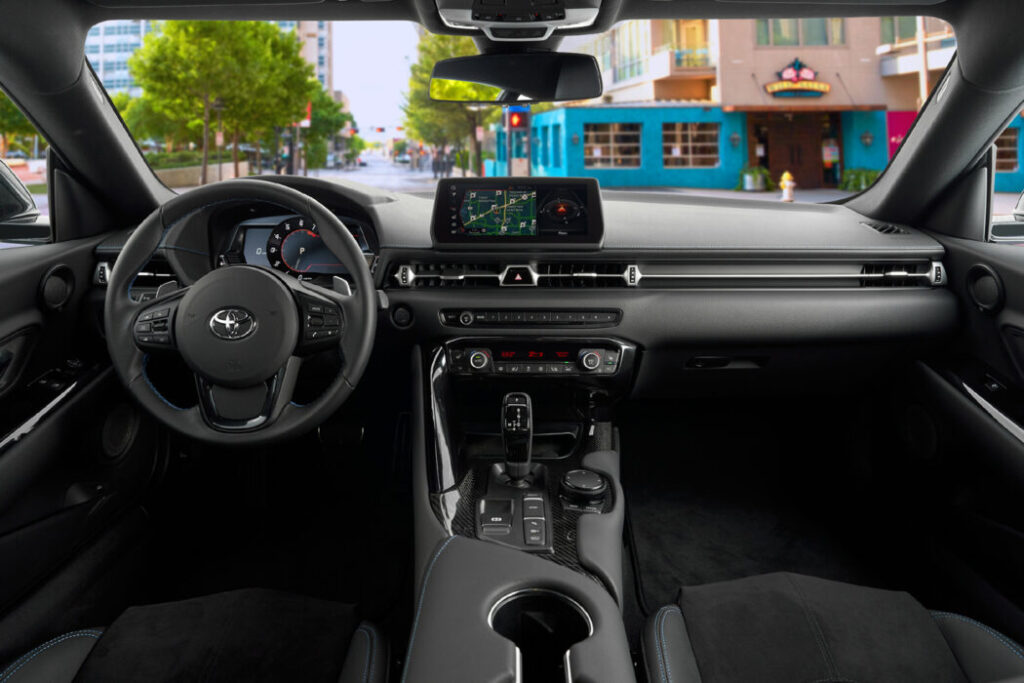 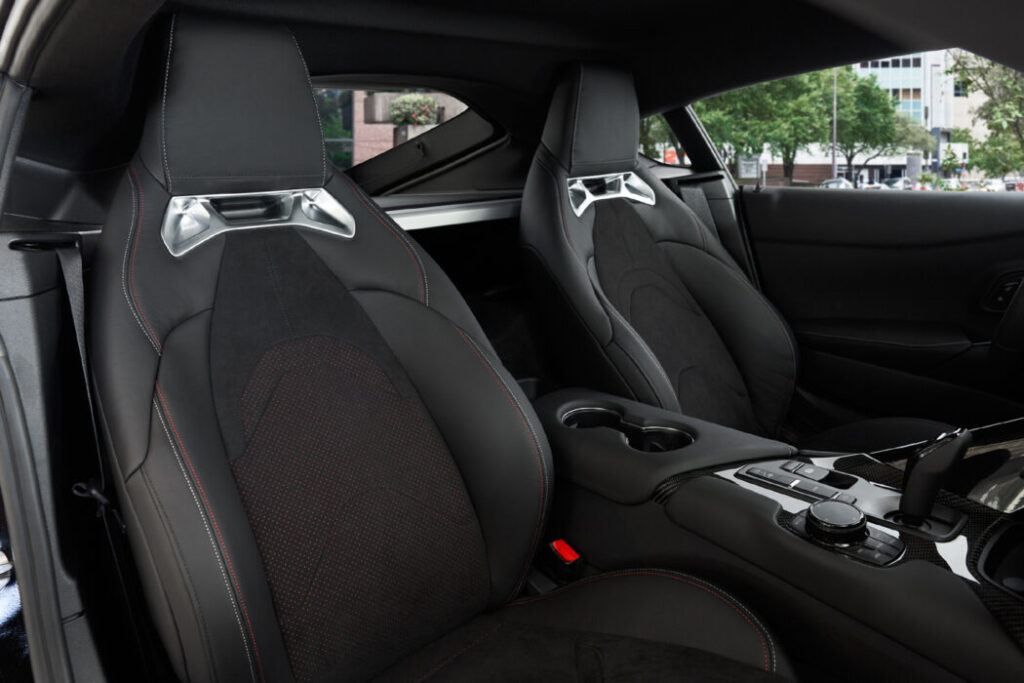 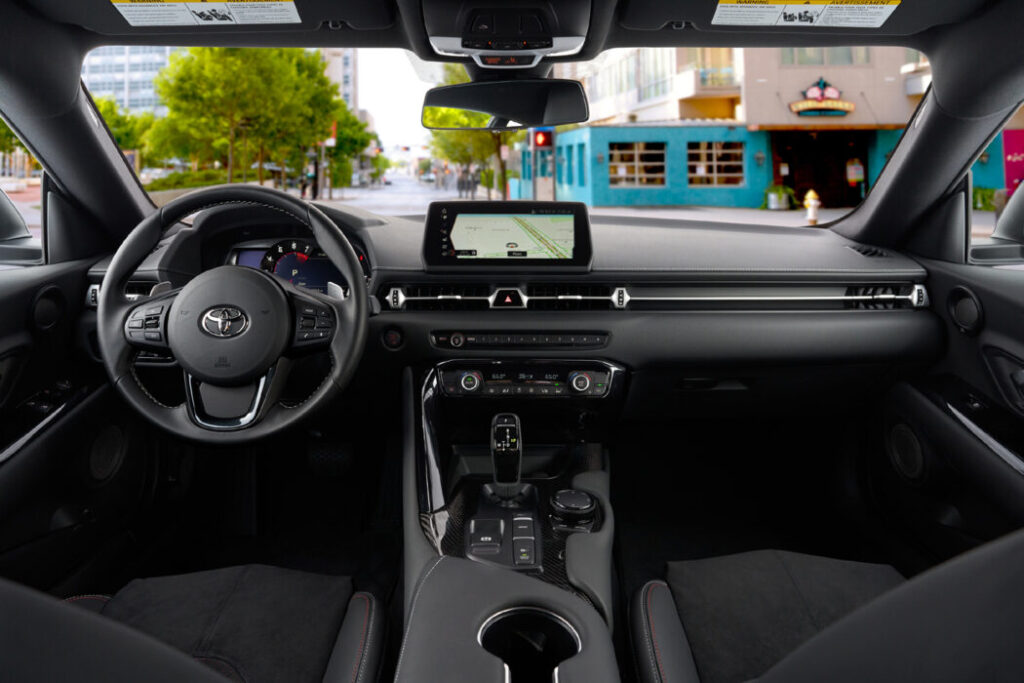 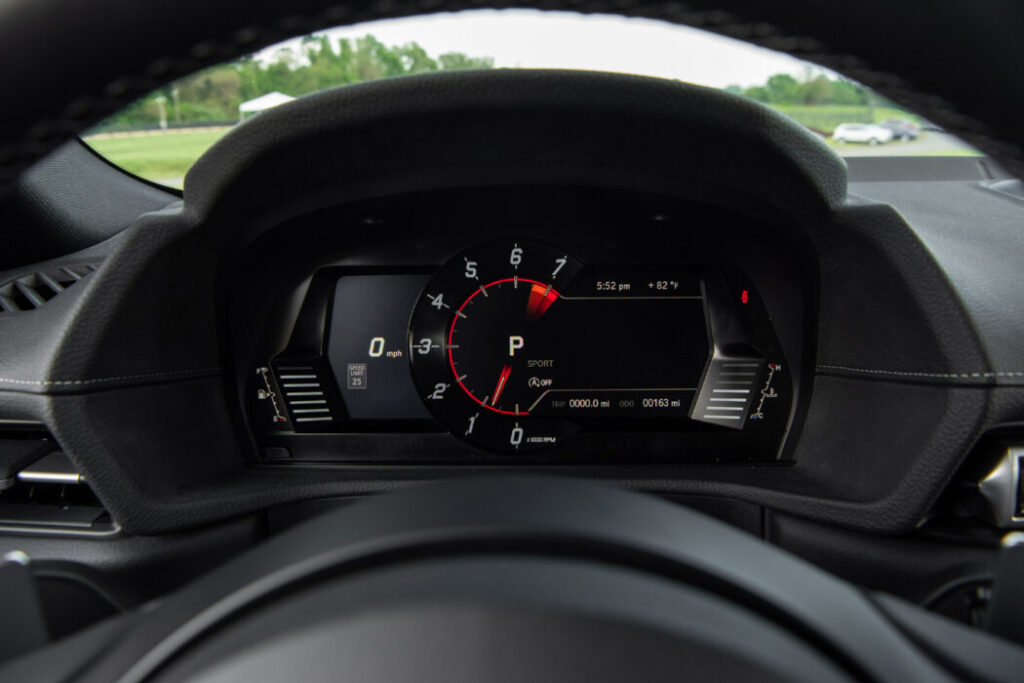 Let’s get past the obvious here, the Supra is a BMW inside which is no bad thing, the material quality is great, and everything is well placed and easy to find. The only downside is space, the sills are very wide and those of a larger build will find it a squeeze. That said the seats are superb with multiway power including the side bolsters, to hold you in nice and snug, and the driving position is great. It is a bit difficult to see out especially over the shoulder, so it’s best to rely on the side view mirrors and blind-spot monitoring, which comes with the Driver Assist Package ($1,195).

With no rear seats, there’s limited space for stuff, however, the rear trunk lid is a hatch and offers 10 cubic feet of space, and if you remove the rear parcel shelf your dog could enjoy the ride too. Not really.

With more power and the aforementioned modifications that Toyota has made, this car is simply sensational and an absolute joy to drive, in fact, I made every excuse to drive it, including forgetting certain items on shopping trips on purpose.

The more powerful 2021 model might not make last year’s buyers happy but that’s the price you pay for wanting to be first and despite a rumored hotter version coming I would still go out and get this one, it’s just magnificent!