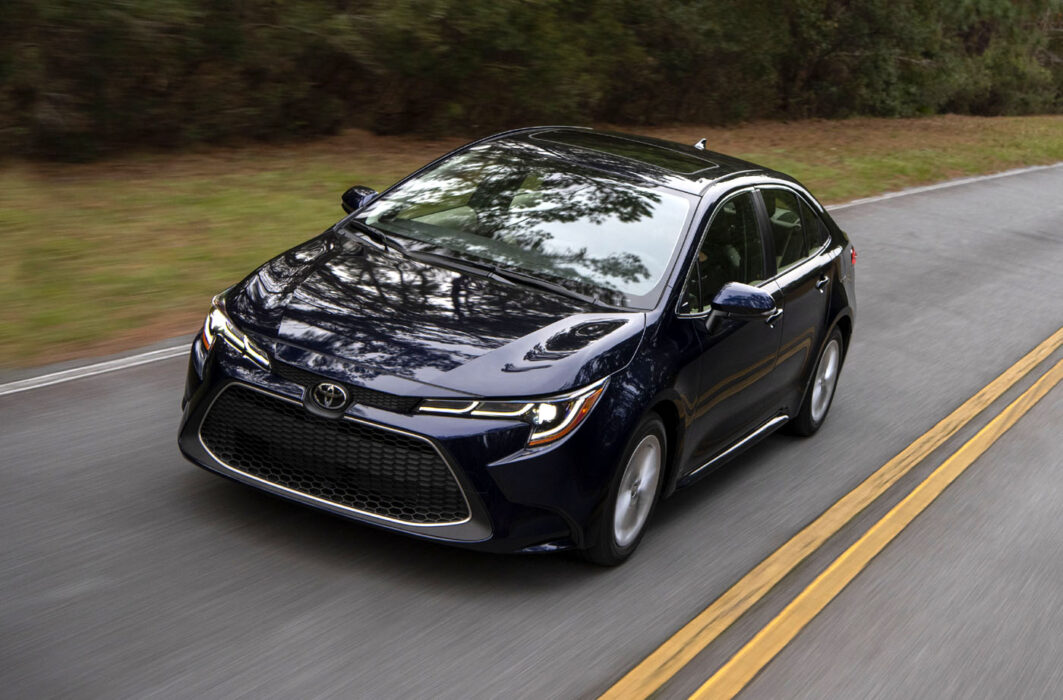 The 2020 Toyota Corolla is the 12th generation of the Corolla, the economical entry-level sedan from a brand that is famed for reliability. It’s such a predictable mode of transportation for so many that it’s become the best-selling car in the world, in fact, it has sold 44.1 million since 1966 beating out the F-150 (40 Million) and VW Golf (33 Million).

Toyota is confident that sedans will remain popular, and that the new Toyota Corolla, completely redesigned for 2020, will pull in buyers from the departure of both the Chevrolet Cruze and Ford Focus.

The 2020 Toyota Corolla is quite possibly the best-looking version of this car so far, it’s based on a brand-new platform, where decent handling has been prioritized.  Toyota is aiming to take the “boring” out of the Corolla with quicker steering, a more advanced multi-link rear suspension, and a lower center-of-gravity. My tester looked pretty cool in Barcelona Red metallic paint, nice rims, and Yokohama low profile tires.

The new lineup is split into sporty and mainstream trim levels, with the SE and XSE covering the sporty aspect and L, LE, and XLE making up the more mainstream offerings. To top it off there is an LE hybrid available which offers up to 53 mpg int he city.

My 2020 Toyota Corolla XSE tester came fully loaded and included the optional Dynamic Navigation Package ($1,715) with JBL speakers and a subwoofer as well as Adaptive Front Lighting ($450), that take this car to $28,845, including destination. I would probably uncheck these options and stick with the base price of $25,725.

All powertrains come with a continuously variable transmission, tuned to be sportier and with a physical first gear in the SE and XSE, which improves off the line performance. 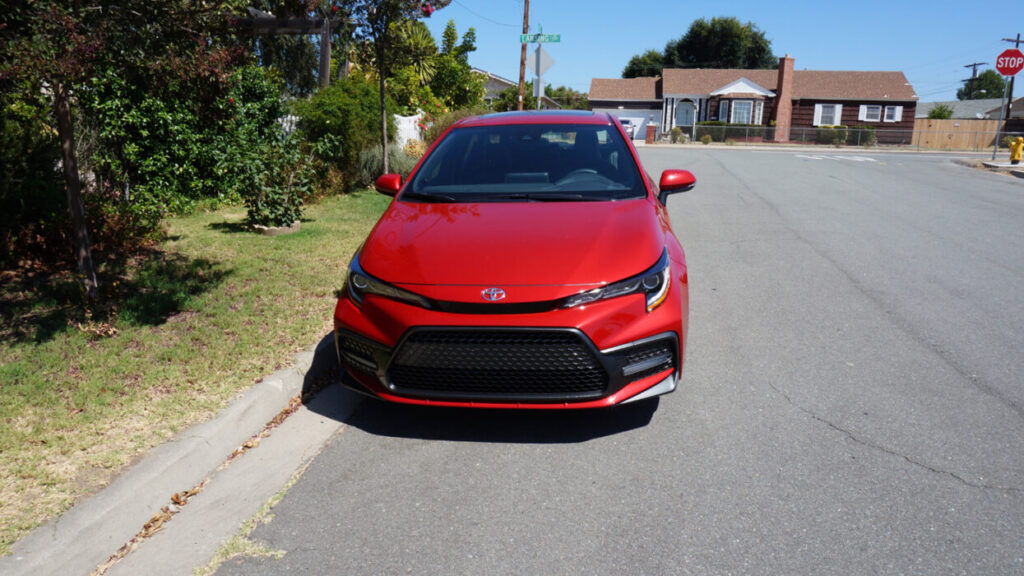 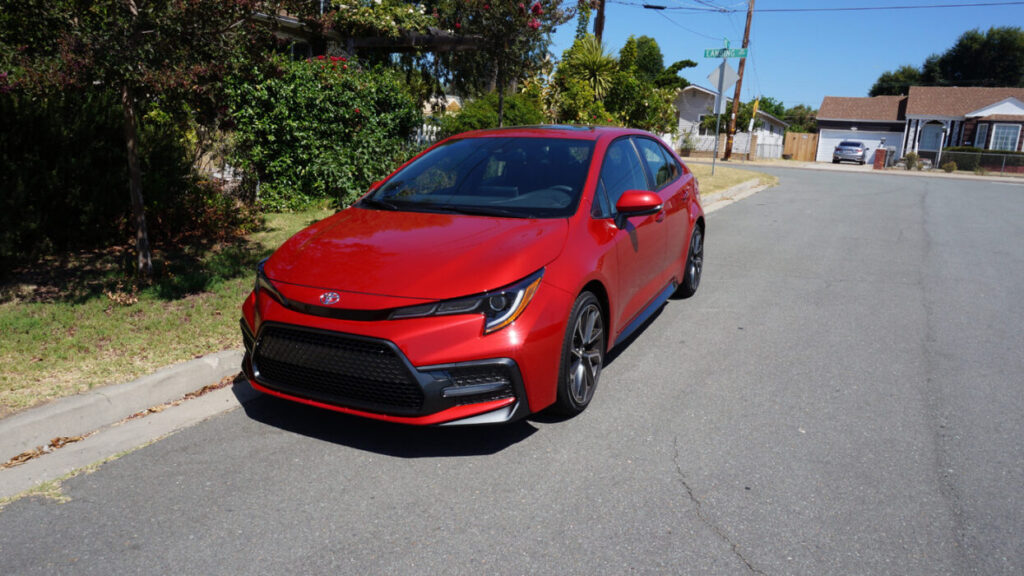 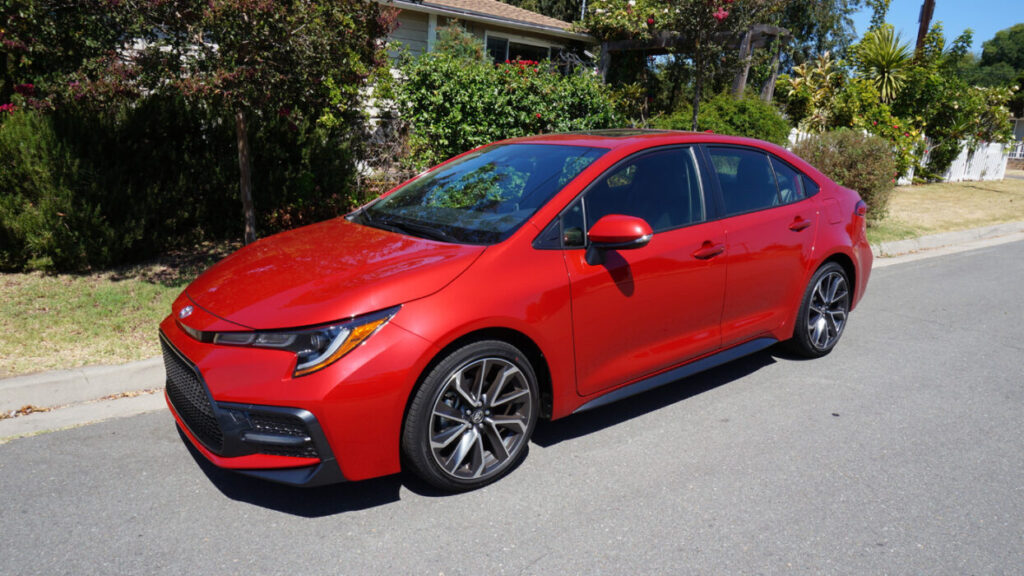 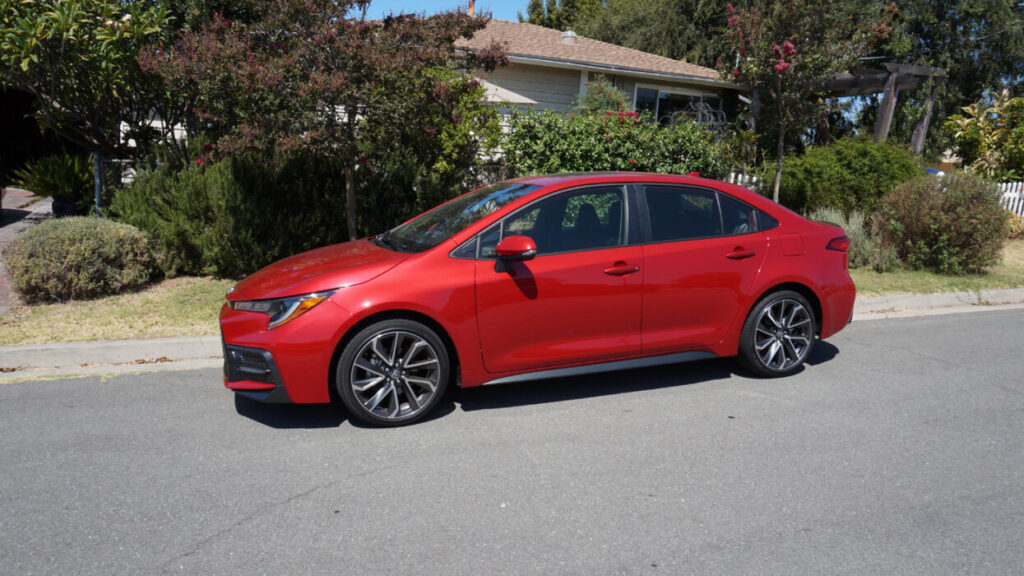 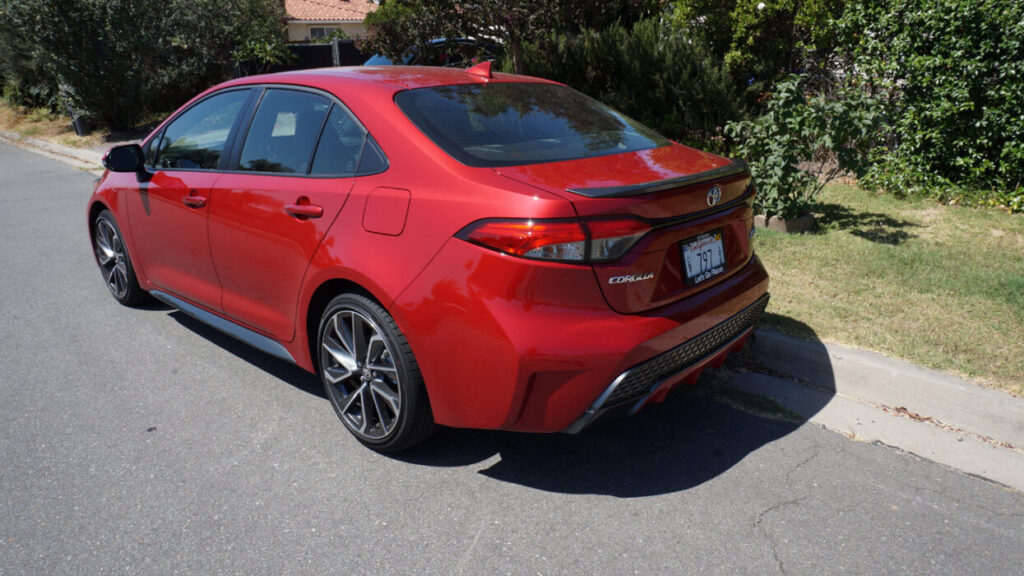 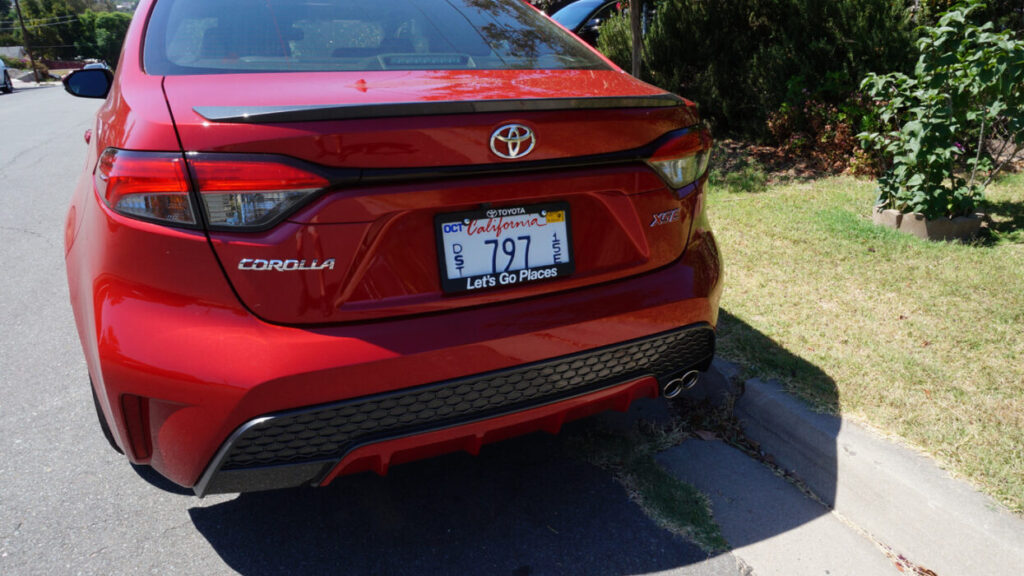 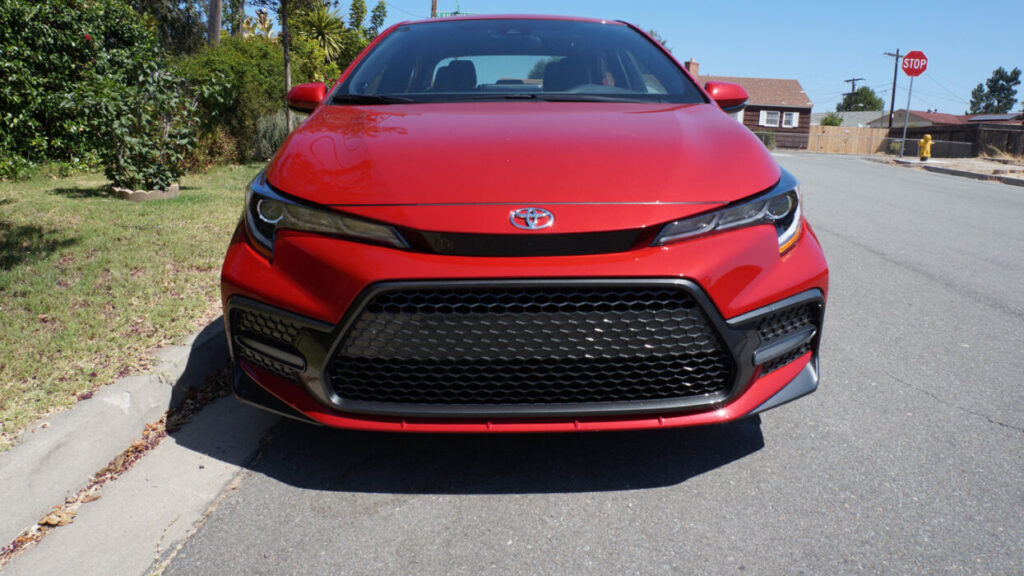 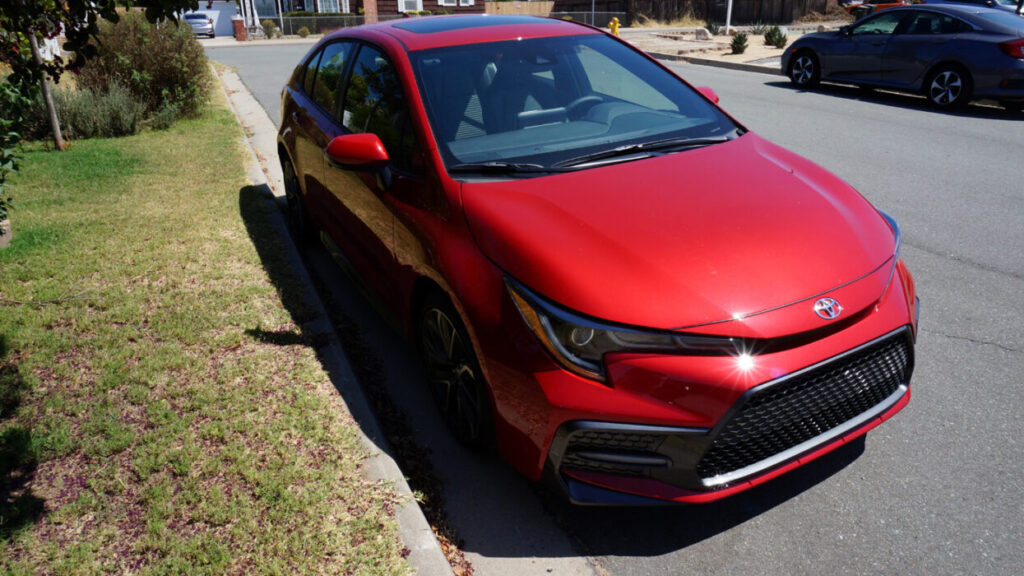 Let’s be honest here this is no hot hatch in disguise, Toyota has that outside the US in the form of the excellent Yaris GR and here’s hoping it might make its way over here in the form of a Corolla GR hatch. So, expectations set, how does this car go…….very well indeed.

The XSE’s chassis feels tight and it can be hustled through turns at a fair pace with minimal understeer. The steering is excellent, the wheels transmit road feel, and the experience is well, much better than I expected. The Yokohama Avid 225/40R-18s grip well, make little noise and the brakes are progressive and fade-free. What a great little car.

The only let down here is it could use more power especially given its sporty pretensions. The Civic, its main rival has a turbo 4, Toyota should have that in this car.

During our testing, I averaged 28 mpg which is pretty good, and I would expect the average owner to get much close to the 38 mpg EPA numbers. 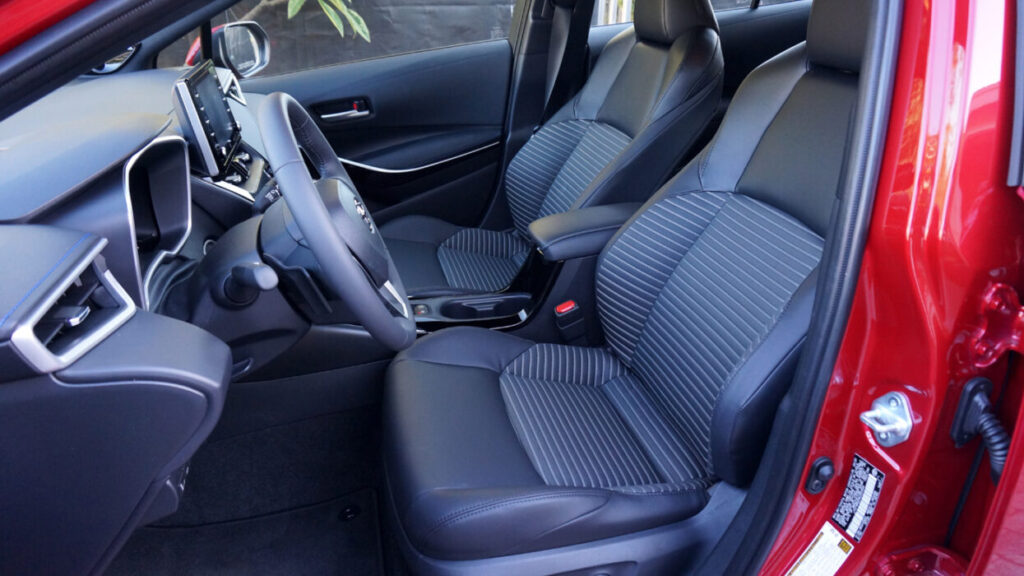 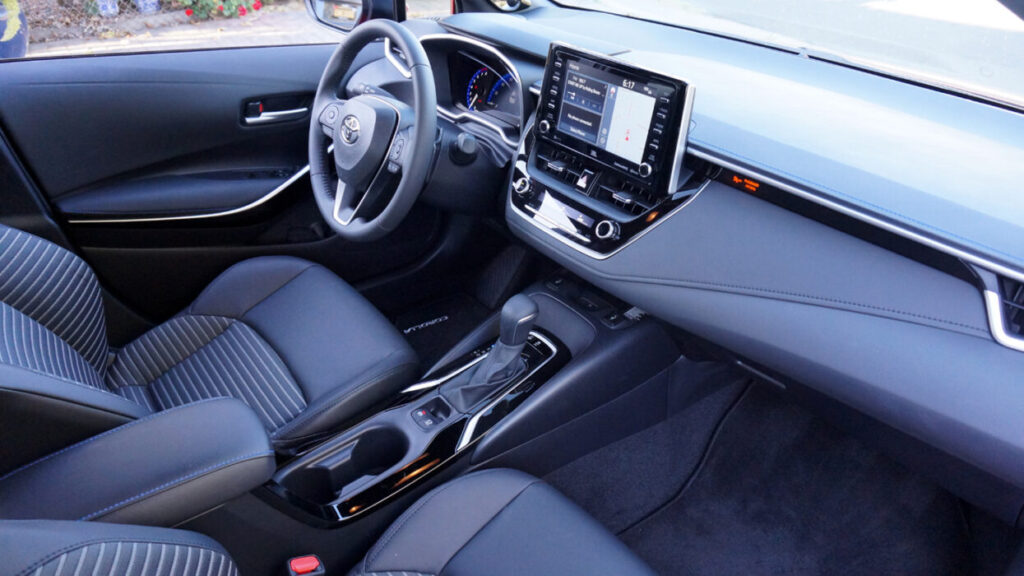 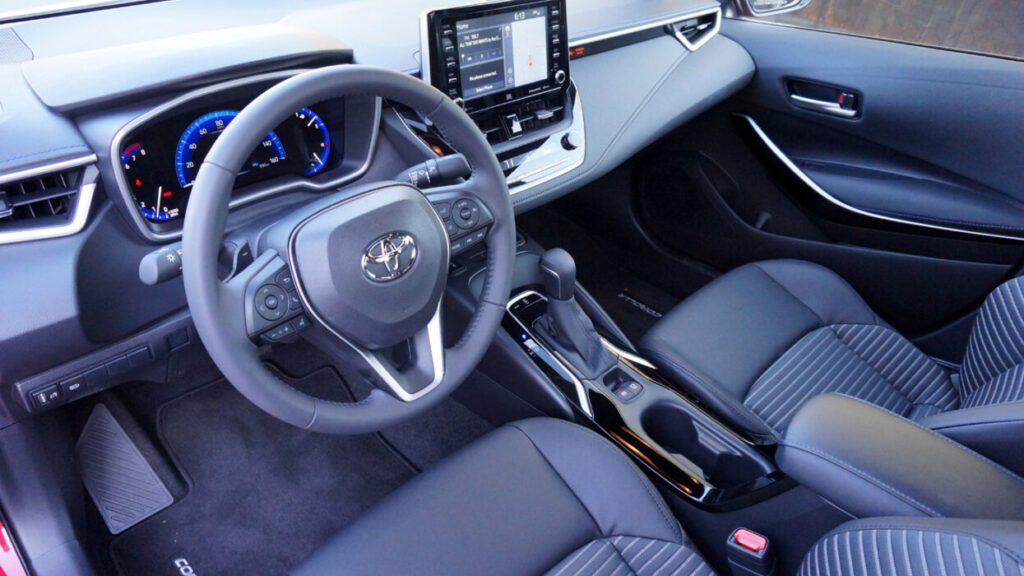 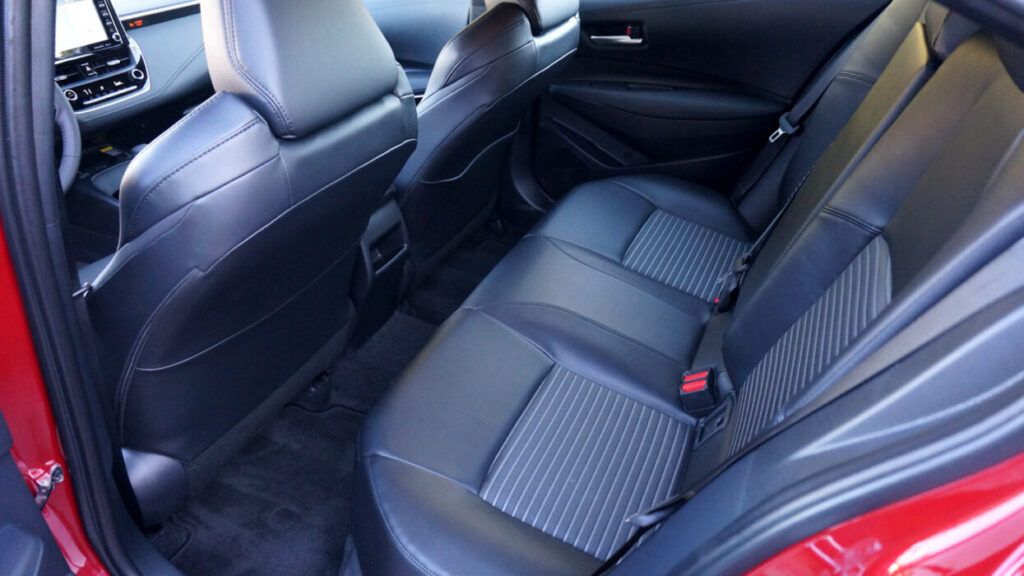 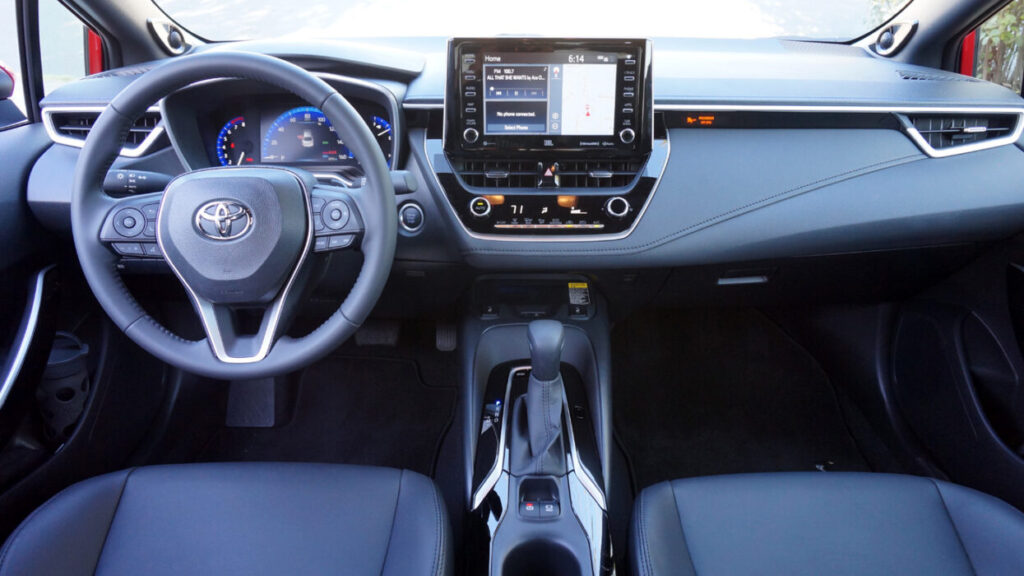 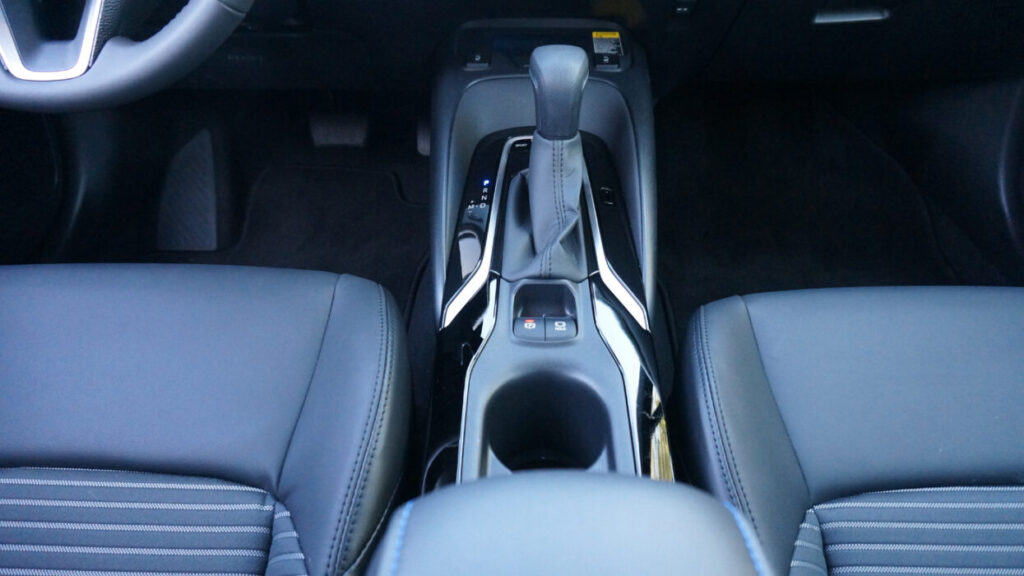 You may not notice when you climb in, but the Corolla now has a 25mm-lower seating position to create a sportier feel. I had to look it up. The faux-leather sport seats look great and are very supportive in all the right places, at least for the driver, Toyota insists on not letting the passenger raise or lower their seat.

The XSE has an 8in central touchscreen which is easy to operate and reacts to inputs quickly and yes there are physical buttons too in case you are touchscreen challenged.

The 2020 Toyota Corolla is a huge improvement over the previous version, it’s great looking and given Toyota’s reputation should give you years of solid service.