Jeep is one of the most iconic and durable automotive brands on the planet and is profiting immensely from the current market shift away from sedans and into sport-utility vehicles. Despite year over year sales slightly down so far in 2019 they should still sell well over 900,000 vehicles this year. Those on Wall Street are also bullish suggesting that if Jeep was spun off, the new company would be worth more than its FCA parent, which is maybe one of the reasons why Jeep decided to resurrect the Comanche produced between 1985 – 1992 and call it the Gladiator.

The new 2020 Jeep Gladiator might look like just a regular Wrangler with a pick-up bed attached, but you’d be mistaken for thinking that. There is a more sophisticated five-link suspension setup at the rear for better on-road handling and drivability and the rear seat packaging has been changed and offers storage space and cubbies underneath. As is usual with the Wrangler you can take the doors, roof, rear window and even fold the windshield flat for full open-air, go-anywhere freedom.

The new Gladiator can also carry up to 1,600 lb or tow up to 7,650 lb of stuff and it will compete with the best trucks in this class, including the new Ford Ranger, Chevy Colorado and Toyota Tacoma.

So which one to choose, well there are four versions, the base Sport (My tester), Sport S, Overland and the full rock-crawling Rubicon. All models are Trail Rated – the Sport and Overland models get Command-Trac 4×4 systems, the Rubicon gets the pro-level Rock-Trac set-up which includes heavy duty axles, electronic sway bar disconnect and a crawl ratio in the six-speed manual.

Unfortunately the only Engine choice at launch is the 3.6-liter 285 hp/260 lb-ft Pentastar V6 with stop/start, which is a good engine and provides good power delivery through either a 6 speed manual or 8 speed auto. The turbo 4 isn’t available in the Gladiator and we are not sure if it ever will be, however, the much anticipated 260hp/442 lb-ft 3.0-liter Ecodiesel engine will be added to the line up later. 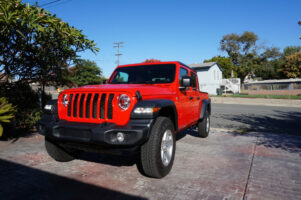 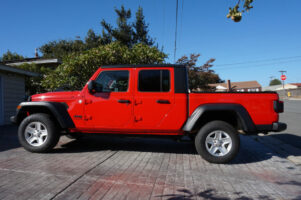 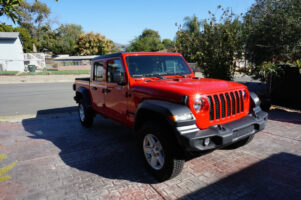 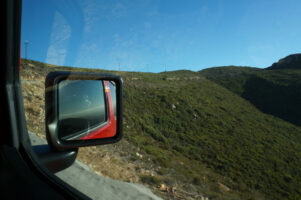 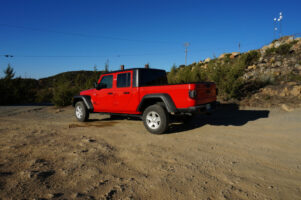 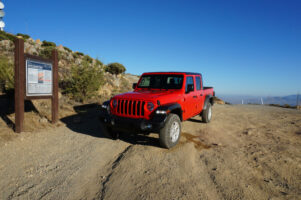 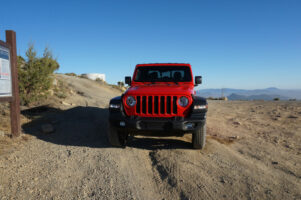 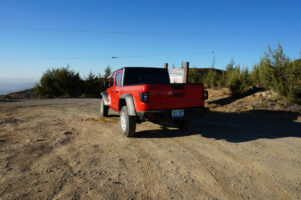 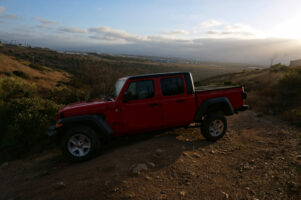 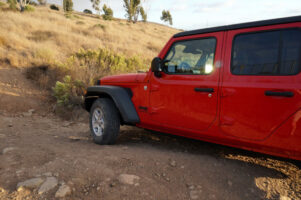 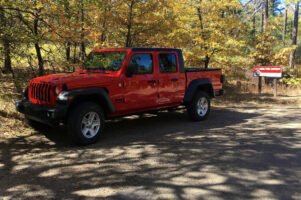 Smoothest riding ever on road

Having driven several Wrangler’s and most recently the Wrangler Rubicon I was expecting the usual somewhat vague occasionally skittish behavior from the Gladiator, however, I was surprised to find  on the road it’s positively smooth likely due to the extra 19.4 inches of wheelbase and new shocks front and rear. Driven on paved roads it’s surprisingly compliant, comfortable and very quiet thanks to the hard top panels.

It’s no canyon carver though and driving with vigor on the twisty bits does induce under-steer and some bottom clenching moments; it’s best to just sit back and relax and let it go at its own pace. Jump on the highway though and it feels very stable at speed, in fact, on a couple of occasions I was cruising at 90 mph without realizing, something I wouldn’t have done in the 2 door Wrangler.

Steering of course is very light and at highway speeds you’re having to make corrections now and then to stay in you lane. This problem goes away when you finally get the Gladiator off-road.

Heading South East from San Diego we ventured to the Otay Mountain open space, an area riddled with small dirt roads and Border Patrol due it’s close proximity to the Mexican border. Climbing the reasonably well maintained but narrow truck trail from the Otay Lakes starting point, you follow the road as it winds its way to the summit hopefully without meeting another car coming the other way. Since the truck trail was dry it was no problem in 2 wheel drive but we would need it later to tackle the Little Dipper on the West side of the mountain.

After 20 more minutes we arrived at the West gate, which was open so there was really no need to take the Little Dipper route, but we were in a Jeep so we sort of had to. The Little Dipper is a way to exit if the gate is closed and it’s 1.4 miles of narrow, rocky trail with a large dip almost at the end to navigate. We used 4 wheel drive this but no need to 4 low it’s not so steep, just heavily rutted with some football sized rocks to avoid. The Gladiator didn’t skip a beat and coped easily going back up the other side.

The Little Dipper itself is fairly steep and has quite a large hump to navigate on entry, however, the Gladiator didn’t scrape its under side, now for the steep uphill section. Not a problem at all and we didn’t even scrape the tail on the way up, despite the large overhanging bed. Job done. 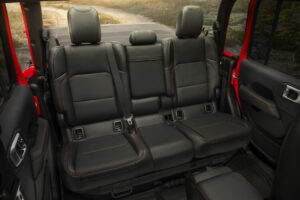 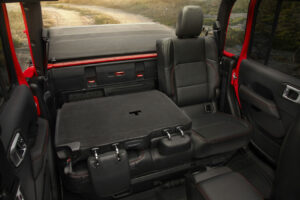 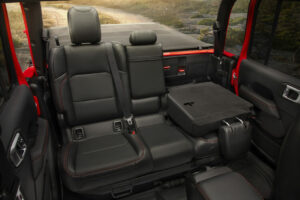 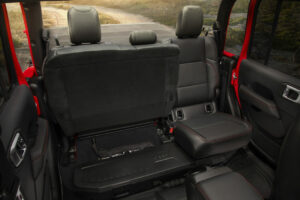 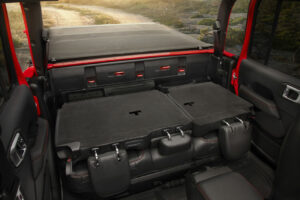 Inside, the Gladiator is basically identical to the Wrangler and includes Jeep’s excellent Uconnect system, still one of the best out there. My Sport tester had the optional 7-inch screen (5 inch is standard kit in the Sport, a tad small for my aging eyes) which is standard on the Sport S, and an 8.4-inch touchscreen as an option on the Overland and the it’s standard on Rubicon. Menus are well organized, the touchscreen is fast; why can’t all manufacturers get it this right?

My tester was a base Sport with cloth seats which did the job just fine and came in at $33,545 as a base price. Be careful checking option boxes as my car’s as tested price was a whopping $49,620, that’s $16,075 over base. Once  you’ve dried your watery eyes, that extra dough gets you 17 inch silver aluminum wheels, power windows , power tailgate, the aforementioned larger screen, adaptive cruise control, 8 speed auto, hard top removable panels, bedliner, park sense, brake assist and a host of other features.

Which one should I get?

I would probably stick with a 4 door Wrangler since I don’t camp and I don’t need to haul a bed up a mountain. Anyone else in the market for a pick up that’s as cool as the Gladiator, good luck finding one because even though its starting price of over $35k is way above any of its mid-sized competition, that really isn’t an issue. The closest competitor is the Chevy Colorado ZR2 which starts at $41k, drives better on road but doesn’t have the same visual and brand appeal.

The Gladiator gives you added flexibility and carrying capacity and is undoubtedly the better drive on pavement than the Wrangler. Yes the longer wheelbase would be an issue rock crawling but  I’m just nitpicking now. If I was going to buy one it would probably be an Overland in Gray.