The half ton pickup world is a very profitable one indeed and competition is as ferocious as ever with a multitude of options and flavors available. In 2019 GM reworked both the Sierra and Silverado, we tested a V8 Silverado 1500 Trail Boss and felt the 5.3 liter V8 was somewhat under-powered, a distinct lack of torque being the major factor.

So for 2020 GMC is finally offering the long awaited light-duty diesel power-train. The all-new 3.0-liter inline six-cylinder turbo-diesel develops 277 hp at 3,750 rpm and 460 lb-ft of torque from 1,500-3,000 rpm.  Both Ford and Ram have recently introduced their light-duty diesels into the segment, however, after a week with our GMC Sierra 2WD, the this new GM straight-six seems to be way better than their offerings. A lot of this is down to GM’s 10-speed automatic, which is mated perfectly with the straight 6 diesel and shifts seamlessly.

GM engineers have done a fantastic job of integrating the engine’s power with the smooth 10-speed transmission.

Comparisons with the Ram and F150 are bound to happen, so here are the numbers……the Ford’s 3.0-liter turbo-diesel V6 develops 250 hp and 444 lb-ft of torque and the Ram’s 3.0-liter V6 generates 260 hp and 480 lb-ft of torque. Hook up your trailer and the 2020 GMC Sierra can tow a maximum of 9,100 pounds or haul 1,830 pounds of payload which is a tad less than the Chevy Silverado with the same engine. Over the week we averaged 21.7 mpg, which was mostly commuting in town with some mountain routes thrown. With a more careful right foot expect 26 mpg combined and 30 mpg on the highway. 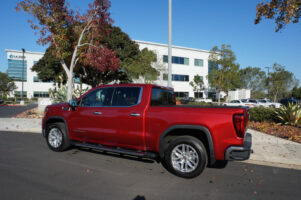 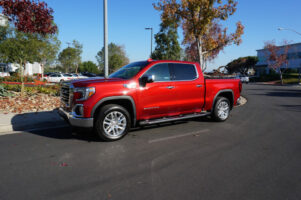 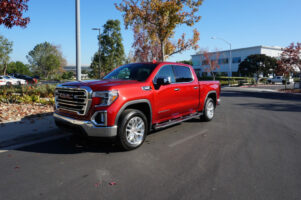 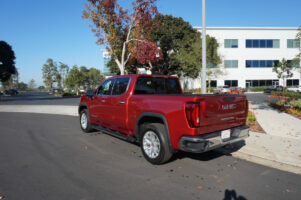 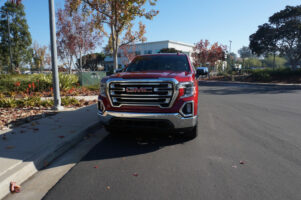 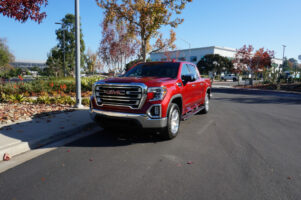 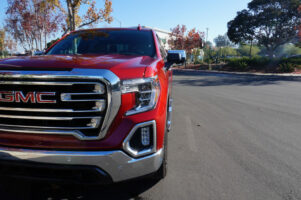 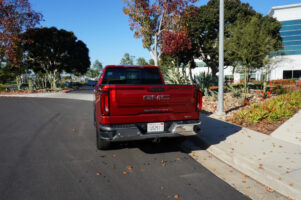 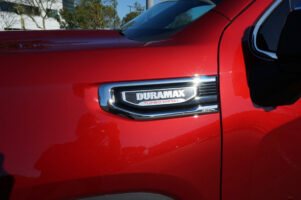 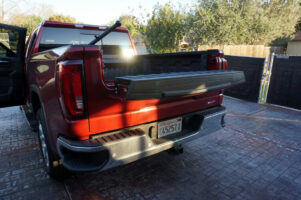 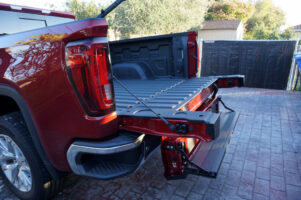 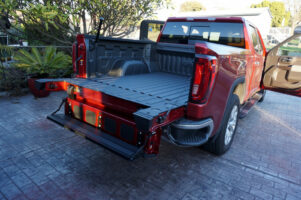 Hit the start button and things don’t quite seem right, it’s way too quiet to be a diesel, no rattly idle, just a smooth inline 6 hum. It’s just so refined even when you push hard on the go pedal which you don’t really need to do, such is the huge amount of torque available. I soon found myself wafting along on part throttle riding the wave of torque on my way to the office. Don’t think it’s slow either, mash the throttle and our 2WD spun it’s rears before launching to 60 mph in a respectable 7.8 seconds.

The 10 speed never gets caught out, the engine never fumbles, it’s an absolute delight. Adding to the fun is a re-tuned its suspension 2020 with new springs up front that have reduced friction for a smoother ride and new dampers all round. This and the decently precise steering makes for good progress even when the going gets twisty, the Sierra maintaining its composure until you reach a reasonably high limit when you do you feel the steering weight up and under steer begin. It also very quiet For such a large vehicle, meaning almost no discernible wind noise despite having the typical large side mirrors of a pickup.

I love GM’s six-way MultiPro tailgate, it’s arguably, with the exception of the engine, the best feature of this truck. It works like a traditional tailgate that folds down, then it has a second fold down section that lets you get closer to your payload for easy unloading. Finally another section folds down to provide a perfect set of steps into the bed. Oh and a folding handle to grab onto if you’re a tad unsteady on your feet. 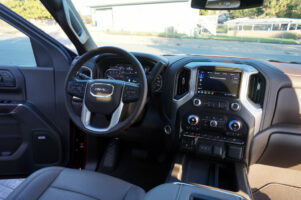 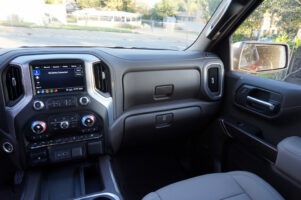 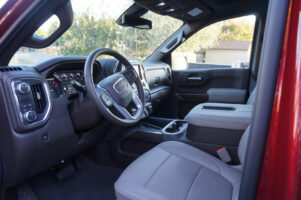 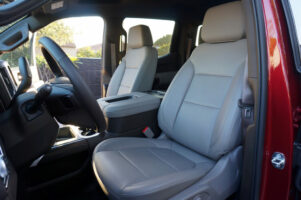 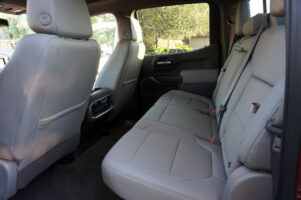 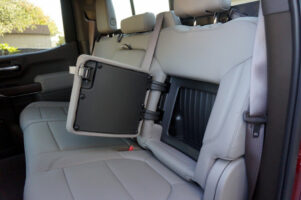 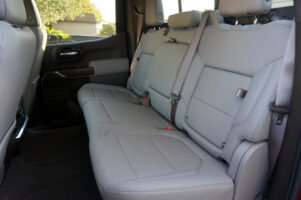 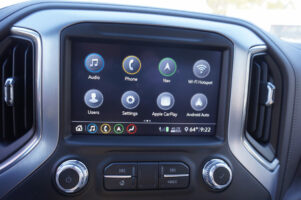 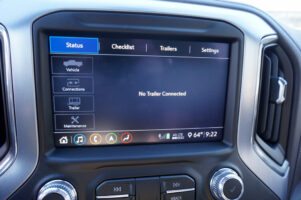 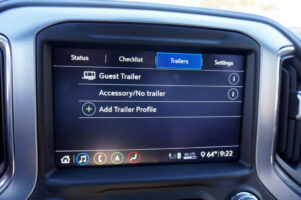 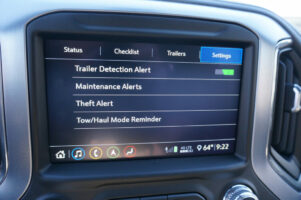 If there’s a negative here it’s the interior, yes some materials are soft-touch but the overall design is lacking, a large touch screen would help and less hard plastic. That said the seats are excellent, if a tad firm for my liking and there is a giant center storage space that will swallow a ton of stuff. I did also like the lumbar storage in the rear seats, a great use of space I wouldn’t have thought of. The rear seats do fold down but the storage space creates an uneven floor, which makes it tricky to accommodate a dog bed, a folding system that creates a flat floor a la Ram and F150 is needed here.

What flavors can I buy?

GMC, offers its 1500 truck in regular, double cab or crew cab. You can get two or four-wheel drive, and there are six different trim levels: Sierra, SLE, Elevation, SLT, AT4, and Denali. The Denali trim level is the most luxurious and the AT4 trim level is the off-road trim level.

The GMC Sierra, when equipped with a 3.0-liter Duramax diesel, is seriously great truck, I really didn’t want to give it back. If GM can work on some of those interior details this could be the Truck of the Year for 2021.