2020 Chevrolet Colorado ZR2 – Does it best the Gladiator?

The Chevrolet Colorado ZR2 is fully prepped for serious trail duty, this vehicle shines off-road and goes places you wouldn’t expect it too. The ZR2 comes with locking front and rear differentials, a stronger rear axle, beefier front control arms, and Multimatic™ shocks as well as some serious under body protection front and rear and side rails to protect the sills from rocks. The ZR2 is 2 inches taller and 3.5-inches wider than a standard Colorado hence it rides on aggressive 31-inch Goodyear Wrangler Duratrac rubber.

There are 2 power options, a 2.8 l Turbo-Diesel with 186 horsepower and a best-in-class 369 lb.-ft. of torque and my tester’s 3.6-liter V6 making 308 horsepower and 275 pound-feet of torque mated to an eight-speed automatic transmission. I’d choose the V6 option if I spent more time on road, but the turbo-diesel if I didn’t. All Colorado’s come with an eight-speed automatic transmission which mates very well to the V6, up shifting and downshifting smoothly and quickly. 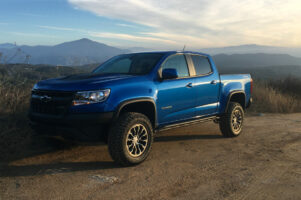 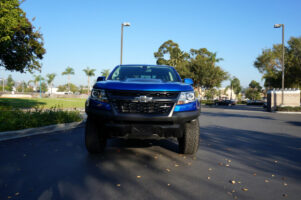 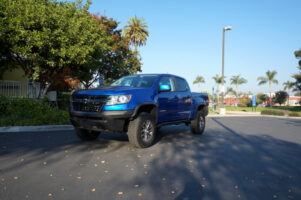 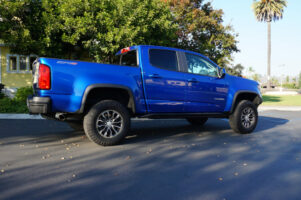 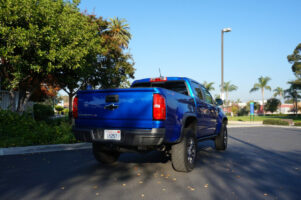 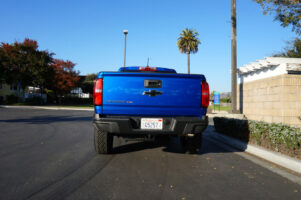 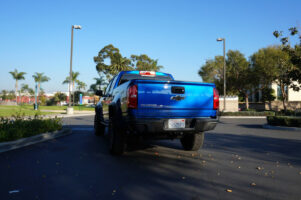 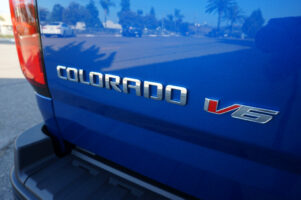 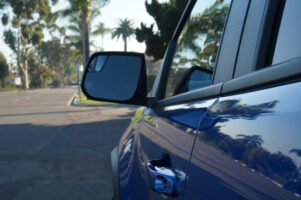 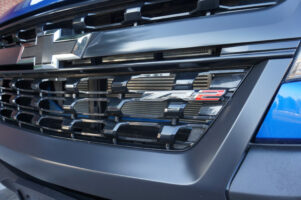 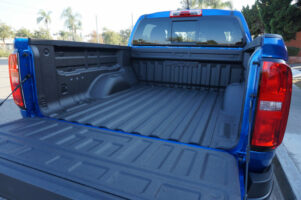 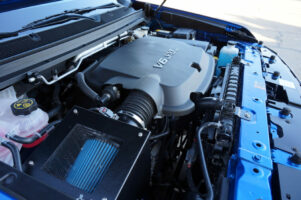 As with the Bison, the ZR2 is pretty quick for a lifted truck with knobby tires. The dash from 0-60 takes 7 seconds and it’s really smooth riding to boot. The dampers prove their worth by ironing out almost every bump, pothole and expansion joint and it’s all done so quietly you’d never guess it was such a capable off-roader. The chassis maintains excellent body control and it will of course eventually under-steer but the body control is excellent as is the steering, which is as sharp and precise as I have tested on a truck.

The ZR2 is remarkably compliant on road so comfortable, in fact, I would say it’s one of the most comfortable trucks available today and to get better you would have to spend more money on a Ram with air suspension. The 3.6-liter doesn’t sound particularly refined or pleasant on the ear as some V6’s out there, however, my tester did have a Power Package ($1,850) installed which a Performance Air Intake and a Cat-Back Performance exhaust and it sounded very good.

Off the beaten path

In order to give the ZR2 a proper workout, I ventured out East to Otay Mountain and Marron Valley where most of the trails are decomposed granite well maintained by the Border Patrol. Venture off the main trails and things get more technical with some steep, narrow, rock sections to enjoy. Getting up there requires 4 wheel low and a slow and steady pace. On a couple of occasions over some bigger boulders I locked the rear diff and with light throttle modulation the ZR2 easily made it up to the top. Once there you have several choices and of course we opted for the most deeply rutted.

The best news is that while on this bumpy stuff the shocks react quickly to the changes in the terrain and your spine and teeth are much the better for it. Even washboard surfaces are no match for this suspension. The rocky portions of our drive helped to highlight the skid plates and while I was careful not scrape the underside of the truck when rock crawling, we did get a few scraping noises on the downhill sections on the way back.

The ZR2 makes you feel like you can go anywhere and everywhere and I spent most of the week looking for any dirt road I could find and at no time did it feel like the limits of the ZR2 were approached. Of course you can find more difficult routes that would be impassable but for the most part you can scramble your way over most obstacles. 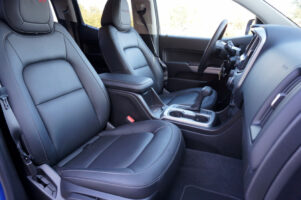 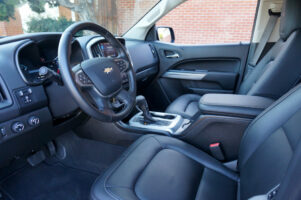 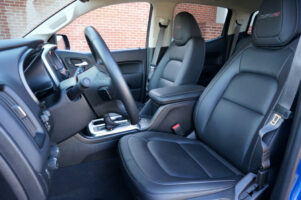 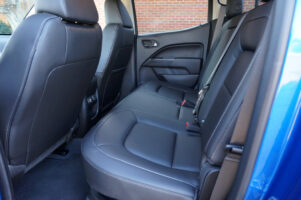 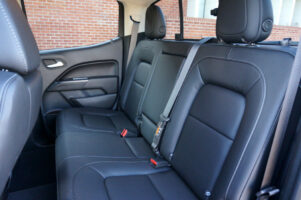 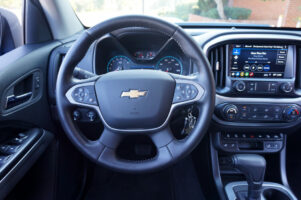 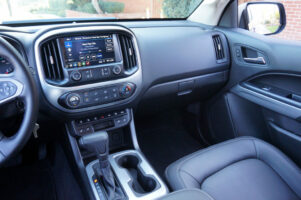 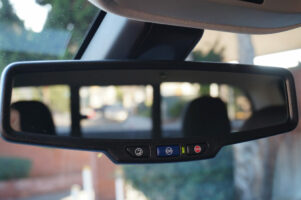 The interior is the only real let down, there’s nothing particularly great about it but it’s functional and despite a lot of hard plastic on the dash and door panels, the driving position and well laid out switchgear are above average. The front seats are comfortable and there is plenty of room for rear seat occupants and under seat stowage space as well. It really does what it says on the label.

Chevrolet’s Infotainment 3 system is has an 8-inch touch screen in the center stack, providing navigation, a seven-speaker Bose audio setup, 4G LTE Wi-Fi hotspot and Bluetooth. Apple CarPlay and Android Auto functions are also supported. There are plenty of power points, with a pair of USBs, 12-volt outlet and wireless charge pad up front. Rear passengers have easy access to another two USB ports of their own and a 12-volt outlet on the back of the center console.

Does it offer the latest safety tech? Not really. Besides a high-definition backup camera, the Bison’s options list is quite small but I didn’t really care.

Are you ready for adventure?

The ZR2’s closest competitor is the Jeep Gladiator which offers similar off road ability but it is down on power to the Colorado and doesn’t offer the same on road speed and driving enjoyment. Having driven both now I would go for the ZR2, since like most people I spend the most time driving to work and on road and that’s where, thanks to its trick shocks the Chevy absolutely shines. I would even go for the Kinetic Blue metallic paint.