I shouldn’t really start with a conclusion first but the 2018 Passat GT V6 is actually a very good car and it didn’t hurt that I really liked the color of my tester either, a cool Reflex Silver metallic. The Passat GT is a US only car, an idea that came from here in Tennessee and the German parent company said yes. So, for a change the rest of the world doesn’t get to drive this one. The car has an appearance package consists of a lot of shiny black trim and a black roof panel. The grille also gets GTI-inspired red accents, a rear lip spoiler, and 19-inch Tornado wheels with red brake calipers. It looks good from all angles despite being an older design, we should get the new version utilizing the MQB platform as a 2019/2020 model.

The changes could have stopped there but VW America persuaded Wolfsburg to add some performance in the shape of VW’s narrow angle VR6, named for the fact there is only a single cylinder head covering both rows of cylinders. While currently used in the Atlas the VR6 has a long history as it was specifically designed for transverse engine installations in front-wheel drive vehicles. It was used in the Corrado, the Golf and the Touareg but is now no longer available in Europe.

The VR6 motor in the 2018 Passat GT V6 makes 280 hp@ 6,200 rpm and 258 lb-ft @ 2,500 rpm, that’s 106 hp and 70 lb-ft more than the 4-cylinder turbo engine can muster. Add to that a modified suspension with slightly stiffer springs and dampers, and a ride height that’s 0.6 inch lower and suddenly the Passat is a sporty sedan. The six-speed dual-clutch transmission has steering-wheel shift paddles and a sporty S-mode which holds the upshifts to the redline and a more growly exhaust.

Attaching our test equipment, I did a couple of runs and came out with a best 0-60 time of 5.8 seconds which matches one of its few V6 competitors the Camry XSE V-6, which has more power but no quick shifting DSG. What’s most remarkable is the price of the Passat, which was is a shade under $30k at $29,995, that’s a staggering $5,850 cheaper than the Camry. Consider the average price of a new car is now $36,270 and I can’t overstate the value here. 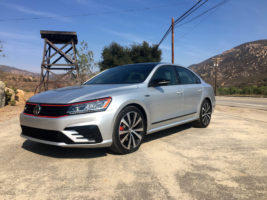 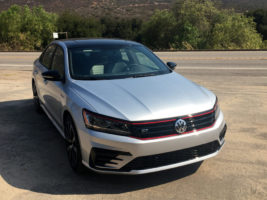 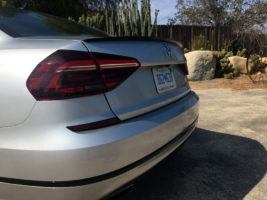 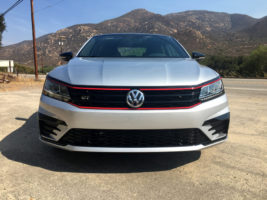 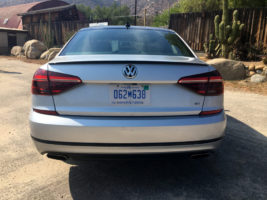 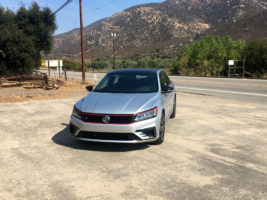 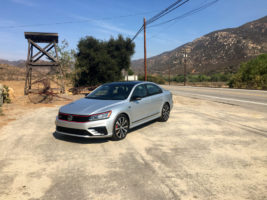 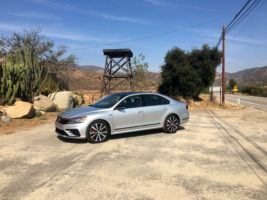 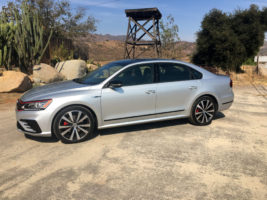 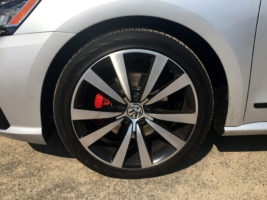 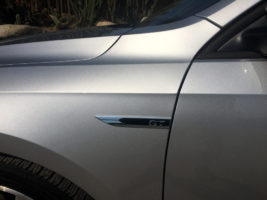 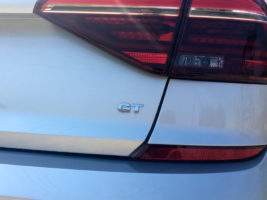 But How Does It Drive?

Very well indeed. Despite riding on the older platform, it corners with confidence and remains flat, under-steer rearing it head if you pitch in too fast but the chassis is competent enough to allow swift progress. Acceleration once on the move is rapid, the V6 seems to love to rev and makes a pleasing noise while doing it. Power delivery is smooth in S mode and the transmission hangs on even if you let your foot off a tad, it wants you to drive fast. The chassis does have some float over larger undulations, it’s not a GTI, so don’t expect one.

My tester came with all season tires and the V-6 can overwhelm the front tires with a heavy right foot from a stop. I found that this was exacerbated in D where there is some tip in before the car goes, so I kept it in S for most of the time. The steering is a little light but provides crisp turn in and the brakes provided good stopping power and a nice pedal feel. My testing included freeway, city and mountain road driving so together with a heavy right foot this resulted in poor fuel consumption as was only able to average 19.8mpg for the week. 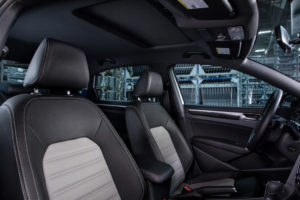 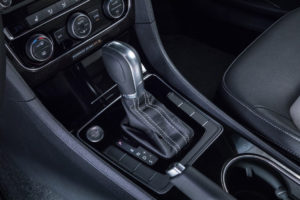 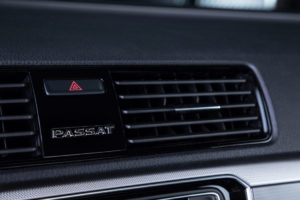 The Passat GT has been pepped up to include black leatherette seats with gray inserts, a mixture of faux carbon-fiber patterns and piano-black trim, a black headliner and aluminum sill plates. The passenger must make do with manual seats but the savings had to be made somewhere. That said they did include standard LED headlights, running lights, and taillights which is normally a $1,195 option. You also get heated front seats, a sunroof, Apple CarPlay/Android Auto, blind-spot monitoring, forward collision warning, and automatic emergency braking. A good driving position is easily found and the leather flat bottomed steering wheel feels nice in your hands.

The standard 6.3-inch touchscreen works well and responses are fast so you don’t take your eyes off the road for too long. Back seat passengers have loads of leg room and the seats fold down to reveal a cavernous trunk. A sunroof is standard but I never use them so is wasted on me, but most people like them, even if they do add weight.

I really enjoyed my week with the GT and you would be hard pressed to buy anything with a V6 at this price point.  I really like the VR6 engine but unfortunately, the turbocharged inline-four is making the VR6 obsolete by offering similar power with better fuel economy in a smaller, lighter package. We can hope the upcoming Arteon will provide the sportiness we desire, until then this limited run GT is an absolute gem.