SUVs don’t get much bigger than the 2018 Cadillac Escalade ESV, and even though it’s been around for a while, it has aged gracefully and still manages to look cool, with creases and curves in all the right places. The Escalade is not a car-based crossover, which is the norm these days, instead the Escalade is built on the Chevy Silverado pickup truck platform, albeit with significant refinements. The existing model has been around since 2015 and the only change for 2018 is the adoption of the excellent 10-speed automatic transmission that was co-developed with Ford and is shared with its rival, the new Lincoln Navigator.

Our Escalade ESV Platinum came in Dark Granite Metallic with a Maple Sugar/Jet Black interior. My tester was a 4WD model with Auto, Snow/Ice and 2WD settings. I stayed in 2WD to preserve fuel use, knowing that a 31 gallon tank at an average price of $3.74 in San Diego, would cost me $116. Thanks to Cadillac providing a full tank on delivery I only spent $30 on gas for the week, despite averaging 16.5 mpg.

The big Cadillac uses a 6.2 liter V8 which provides enough grunt to tow up to 8,100 lbs or 8,300 without four-wheel drive. Power is a healthy 420-hp @5,600 rpm and 460-lb-ft @ 4,100 rpm mated to the 10-speed transmission, which provides smooth and almost imperceptible shifts. Weighing in at a little under 6,00o lbs we launched the Caddy from zero to sixty in 5.9 seconds, pretty quick for its size and mass.  It’s very smooth too especially in cylinder deactivation mode and if it wasn’t for the V4 icon on the gauge cluster, it would be difficult to tell when the engine is running on half or all of its cylinders.

The Escalade uses the running gear from the Chevy Tahoe and GMC , including the solid rear axle, however, the standard Magnetic Ride Control dampers give the Escalade a ride that’s nearly as good as its rivals. My tester had the optional Front Performance brakes ($2,795), which provided good stopping power at all times with no noticeable fade or change in pedal feel. 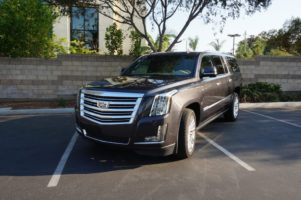 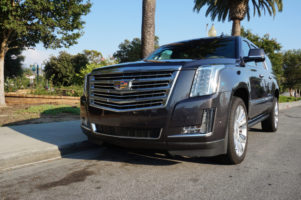 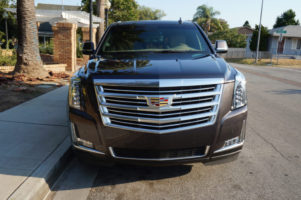 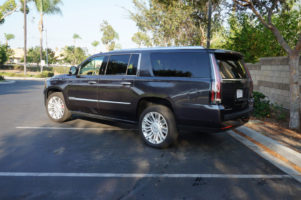 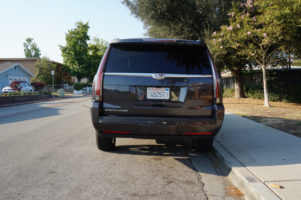 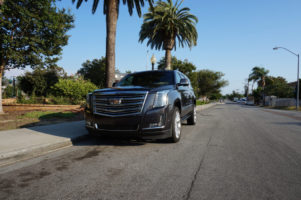 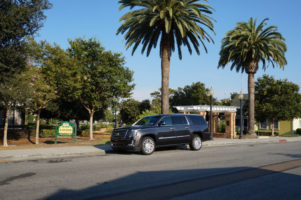 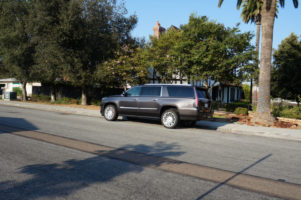 Driving a vehicle this size demands some pre-planning, especially where parking is concerned. I did try the Automatic Park Assist for parallel parking and it works well. Push the park assist button on the dash and look for a spot that is big enough, this is the hard part, especially downtown San Diego. The driver is then only required to change gear, the car spins the wheel and backs into the space. Eh voila!

Forward progress is fast, the car gains speed faster than you would imagine on freeway on ramps, until suddenly you’re doing 90mph. This and my need to power away from stop lights was certainly the cause of my fuel economy numbers. Cruising along at 80mph on the freeway, however, the big V8 drops 4 cylinders, giving you some much better numbers, which may make the EPA numbers achievable. Let’s face it though most owners are not going to be concerned about fuel economy in a vehicle such as this.

The Magnetic suspension does a good job of ironing out rough pavement although in some circumstances it can get harsh and fidgety, but this may be due to the 22 inch wheels that are standard pm the Platinum model. Don’t expect to be scything through twisty back roads in the Escalade, the steering is not set up for that and the sheer heft makes it prefer to waft along highways with long straights. There is a Sport setting which firms up the suspension over the Tour setting, but you pay in ride quality so I barely used it. 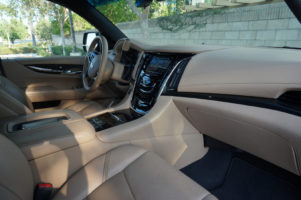 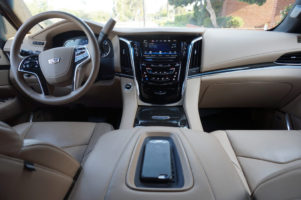 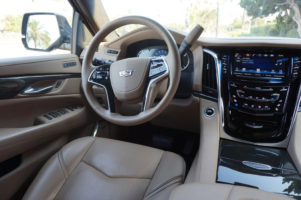 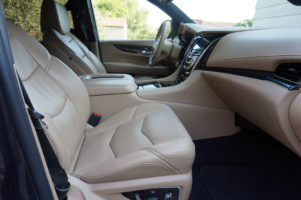 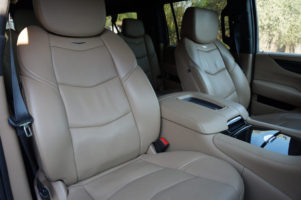 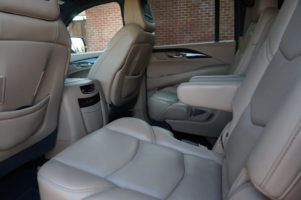 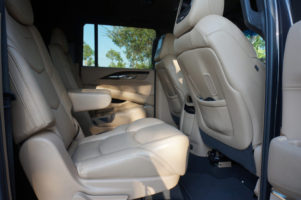 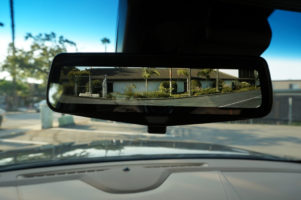 Loaded is an understatement in Platinum trim, my tester had luxury features such as a cooled center-console cubby, a 8.5-inch infotainment display, dual rear-seat DVD screens, illuminated Platinum sill plates, a special chrome grille and 22-inch wheels, nappa leather seats, a leather-wrapped dashboard and door panels, and a suede microfiber headliner. The front seats offer 18 way power including massaging including a special butt massage setting to keep the driver alert. The Platinum’s standard second-row captain’s chairs are comfortable with plenty of  space, but the third-row bench is a tad tight. That said it does allow for a huge cargo space behind the third row.

The CUE infotainment system  works well and controls navigation, Bluetooth, 4G LTE Wi-Fi hotspot and a 16-speaker Bose surround sound system. Cue has certainly come a long way since it first launched, it’s reasonably responsive to inputs, but I found changing the a/c temp was not as quick as other systems I have used. I also prefer a volume knob, call me old school but there’s something quite satisfying about them.
My absolute favorite feature though is Cadillac’s rear view camera mirror, which we first tested on the CT6 sedan. I remember not using it much at that time but with a vehicle this long it becomes more of a necessity. Imagine kids and luggage blocking your view, it renders a standard mirror pretty much obsolete, however, the camera mirror solves the Escalade’s rear vision problem and I never switched back for the entire week.

It’s big, it’s brash and it’s hard to deny the Escalade’s sheer presence and combined with the space and that engine, it’s hard not to love this car. True it’s been around for a long time, it offers a large family the space and grace for all sorts of adventures. I certainly wouldn’t get the Platinum model since it stickers at $103,185, that’s a bit too rich for me but the base prices start at $75,000, so choose your options wisely.