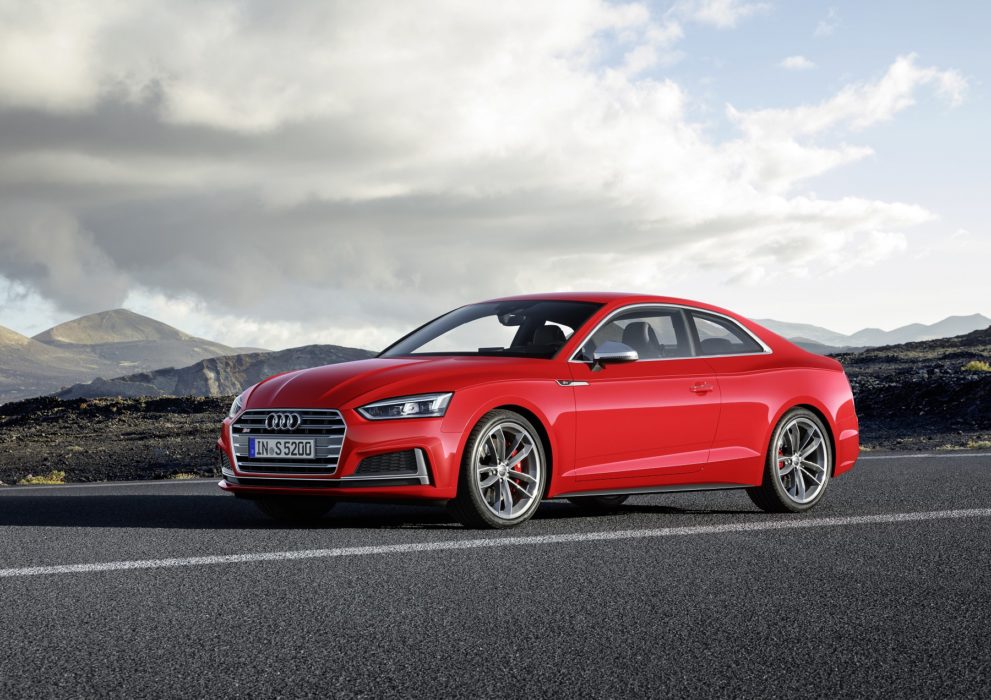 Audi revolutionized its mid-size class in 2007 with the A5. The car was, and still is, a work of art. Audi has now revealed the next generation of the A5 and even though it doesn’t share a single piece of sheetmetal with its predecessor, the iconic Walter de Silva profile remains intact. It’s based on Audi’s MLB Evo platform anmd as with the A4, which allows for a multitude of technical wizardry.

The sculpted Singleframe grille is significantly flatter and wider than in the previous model. The LED rear lights and optional LED or Matrix LED headlights with dynamic turn signals make high-end technology visible even after dark. 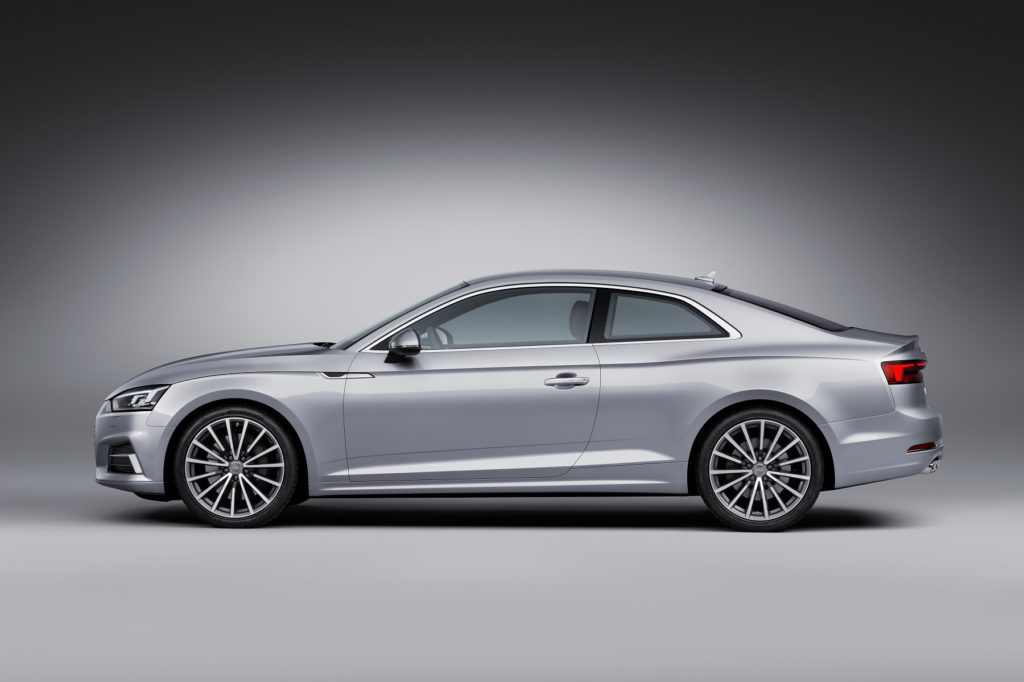 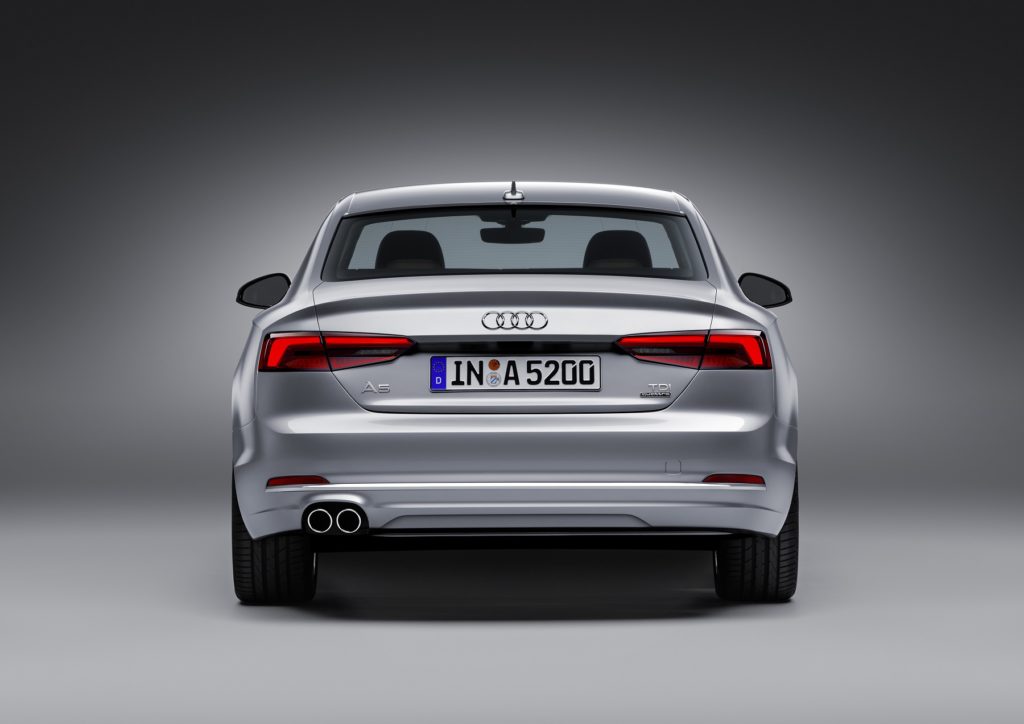 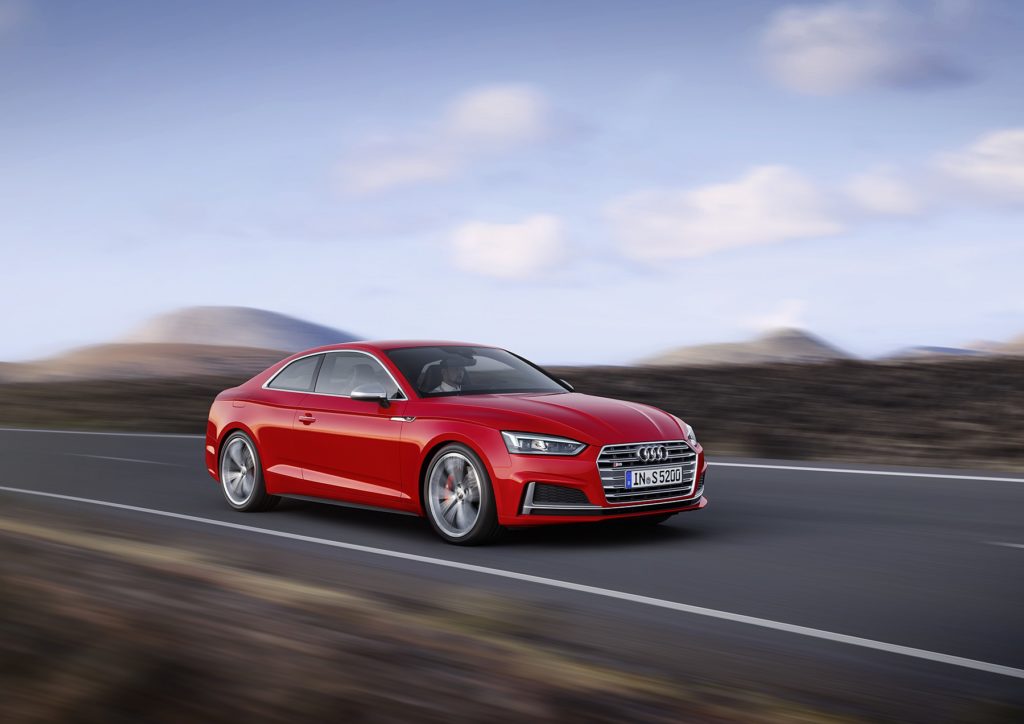 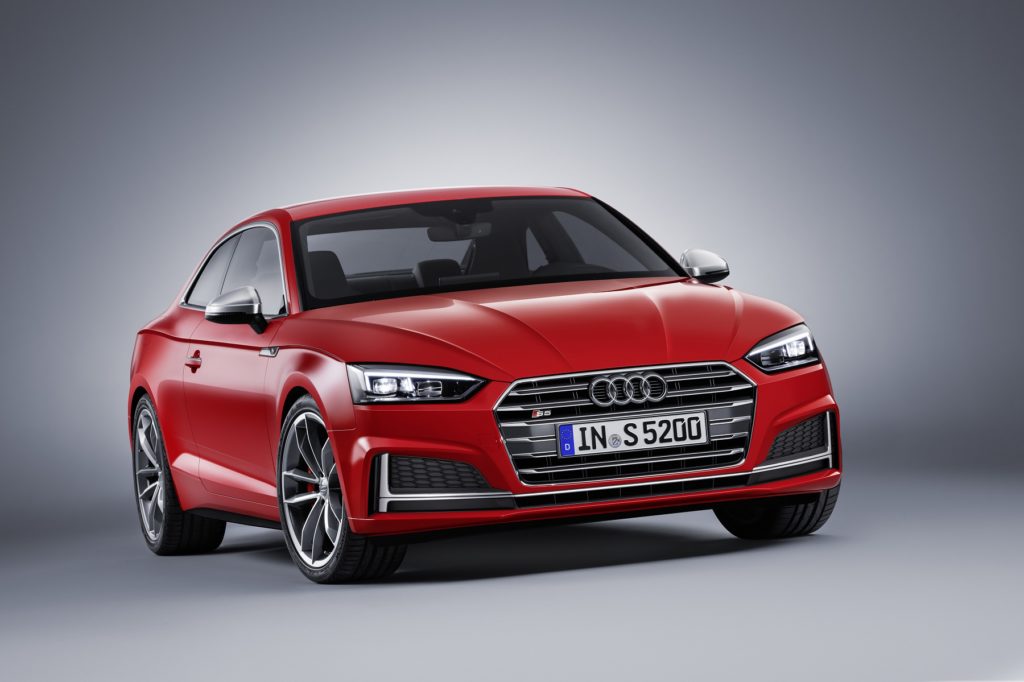 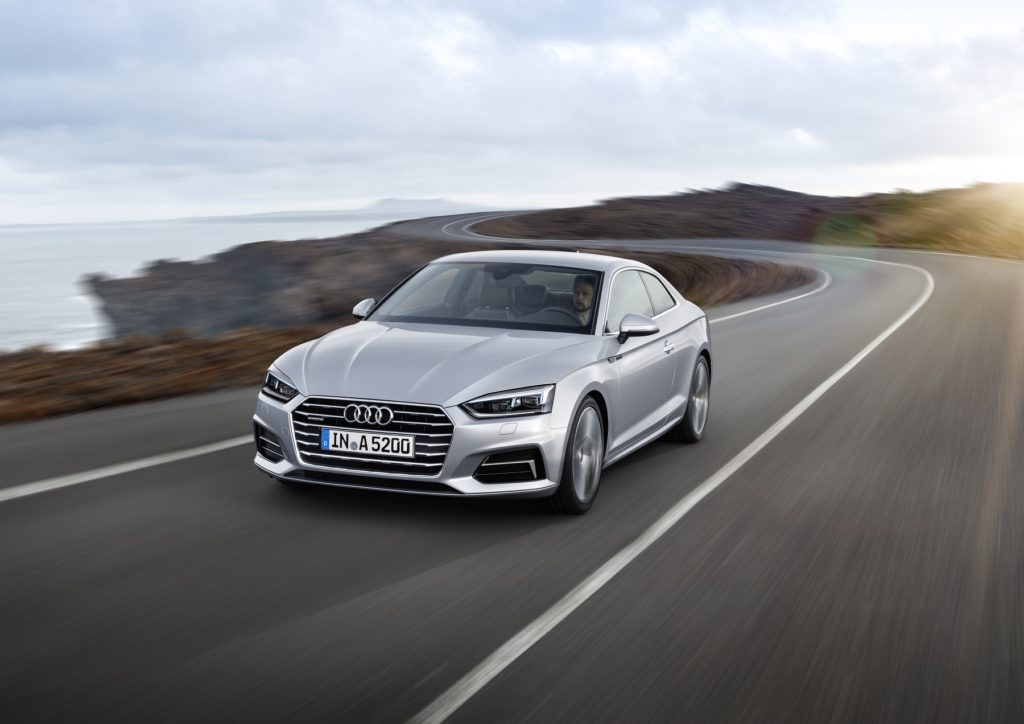 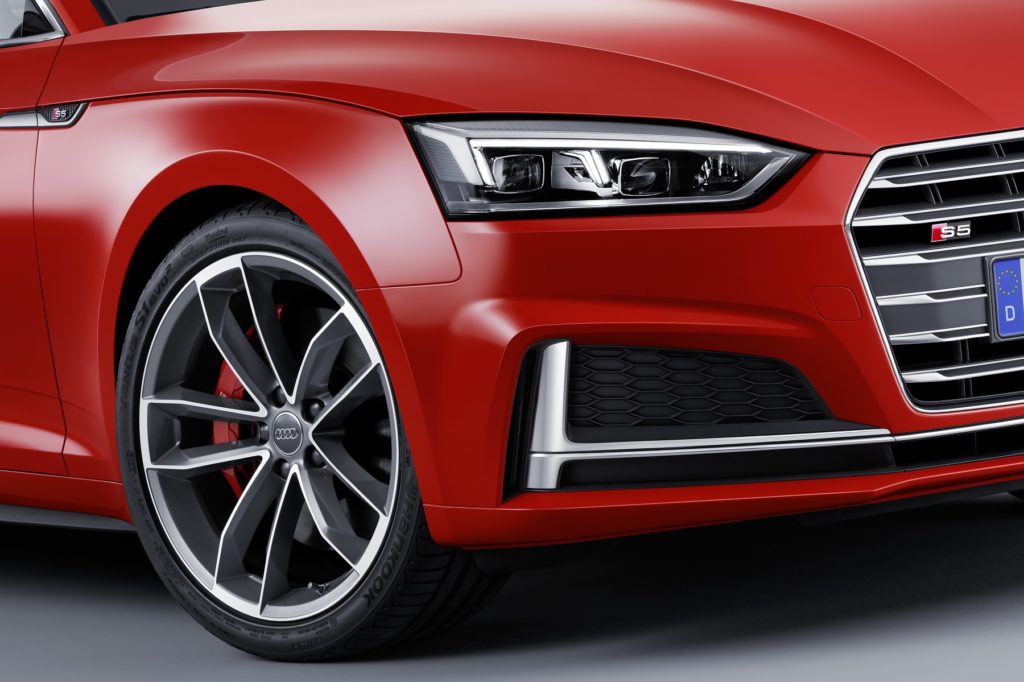 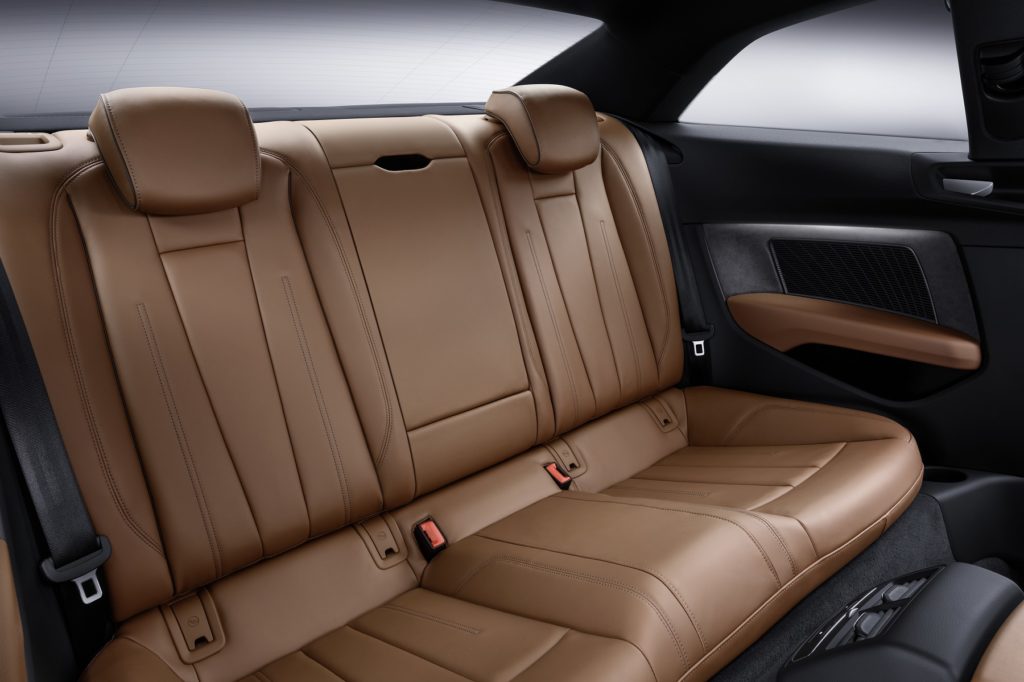 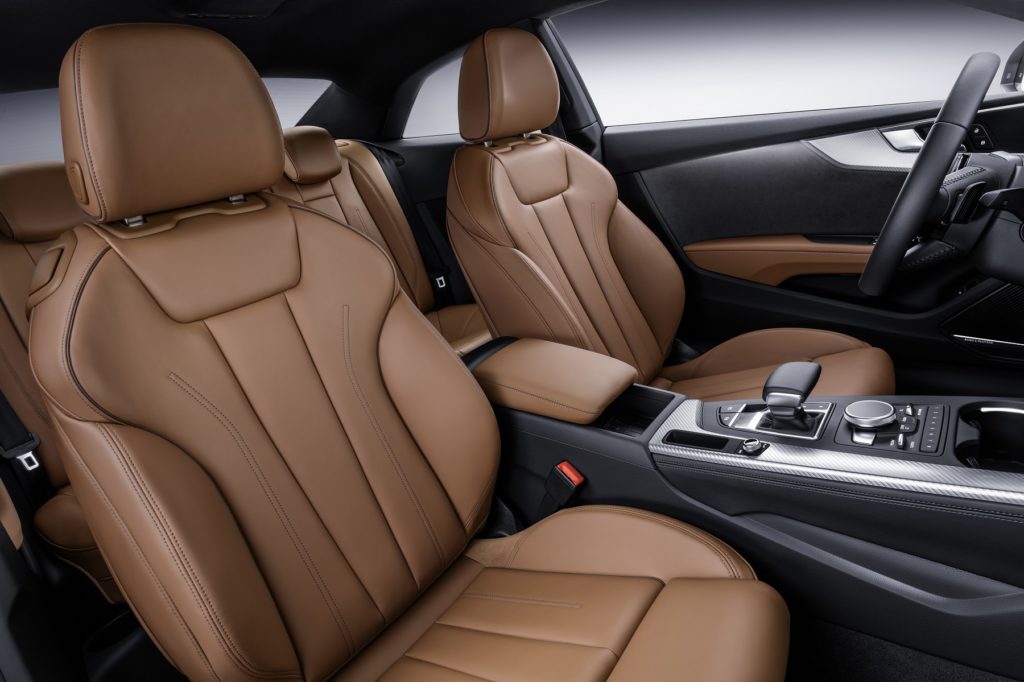 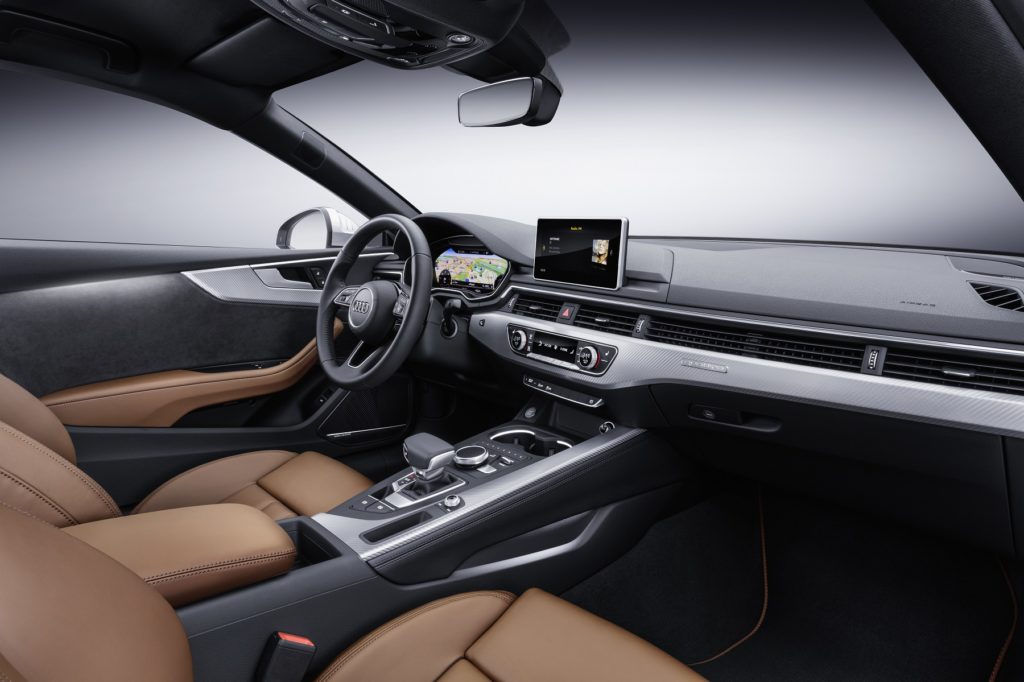 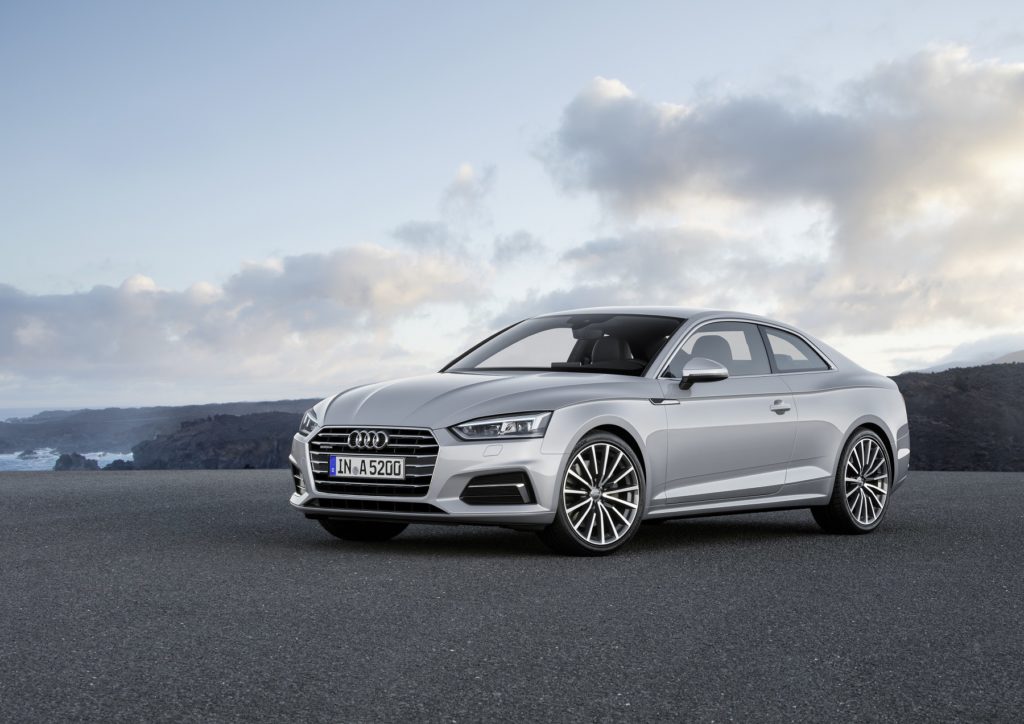 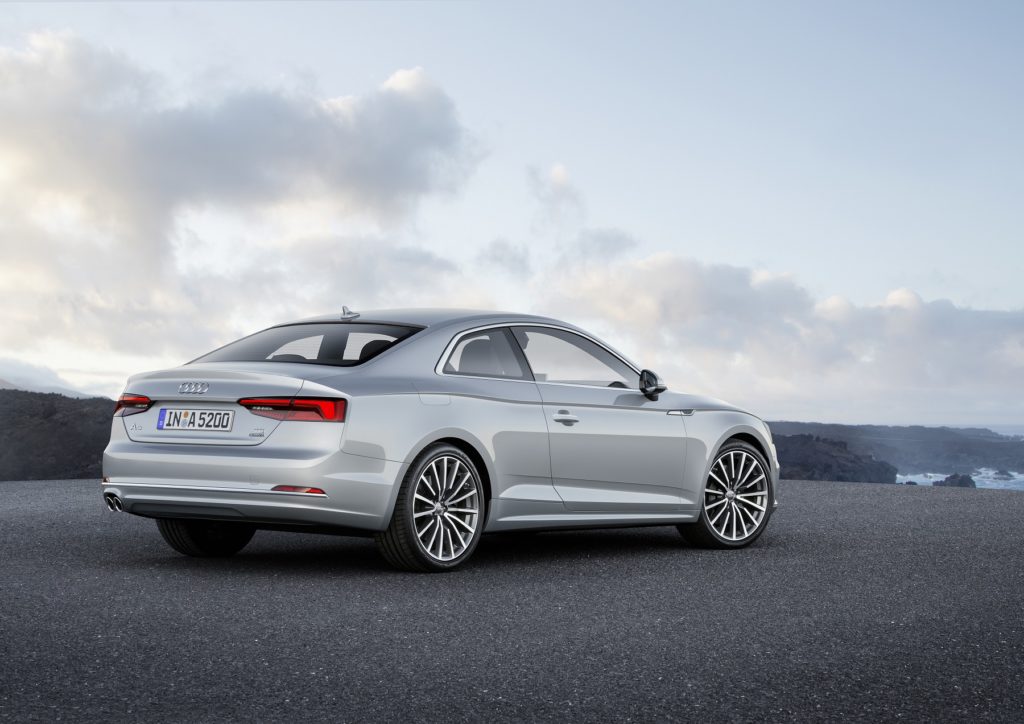 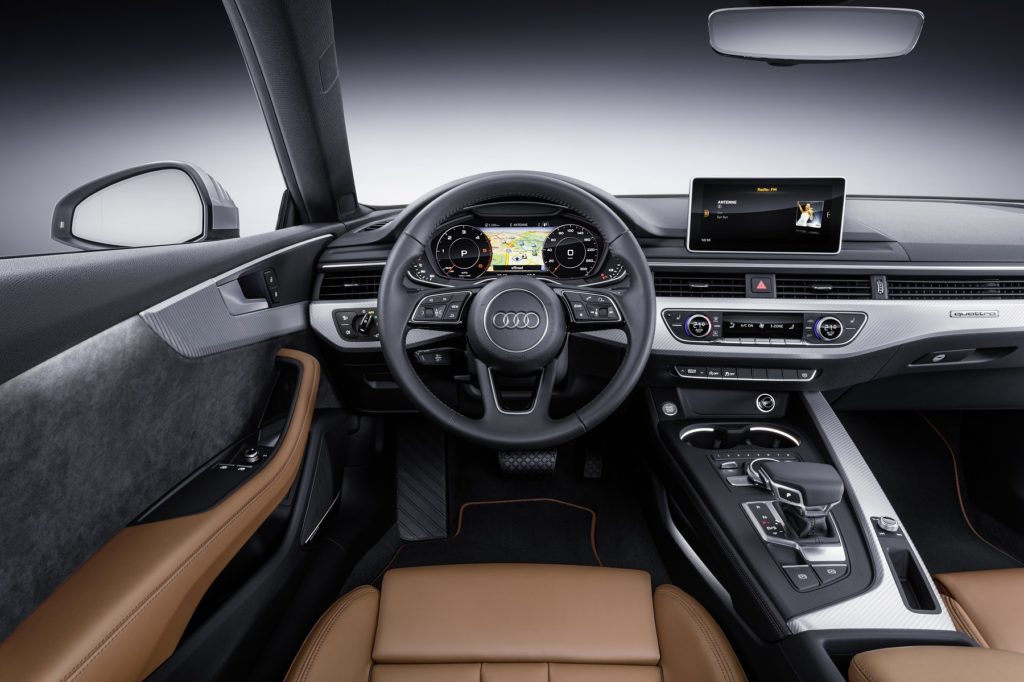 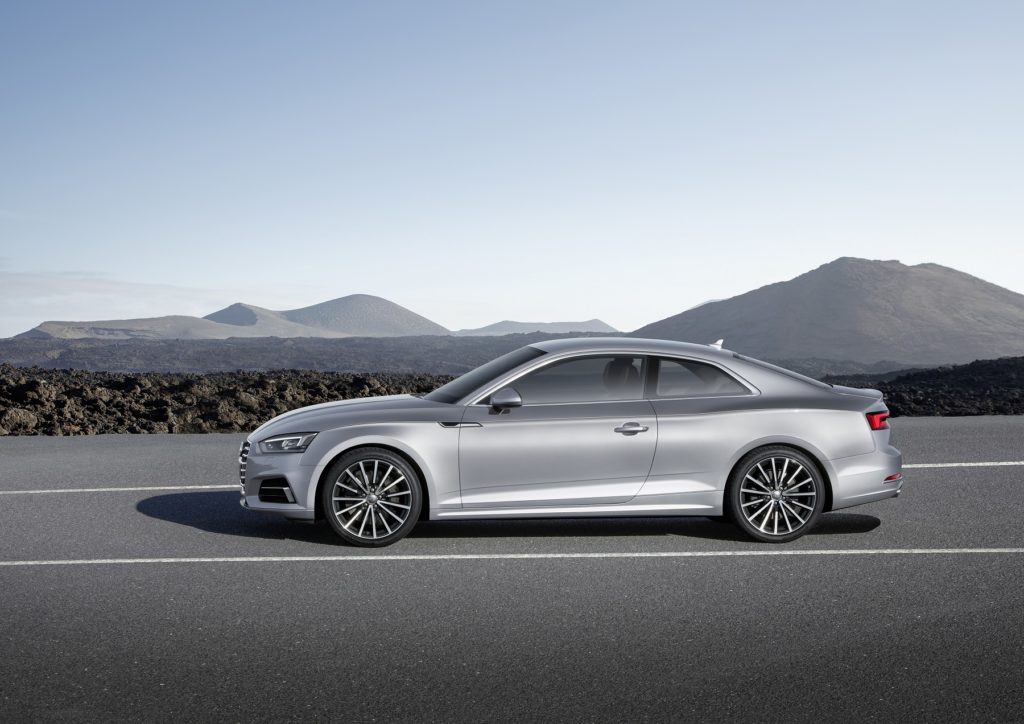 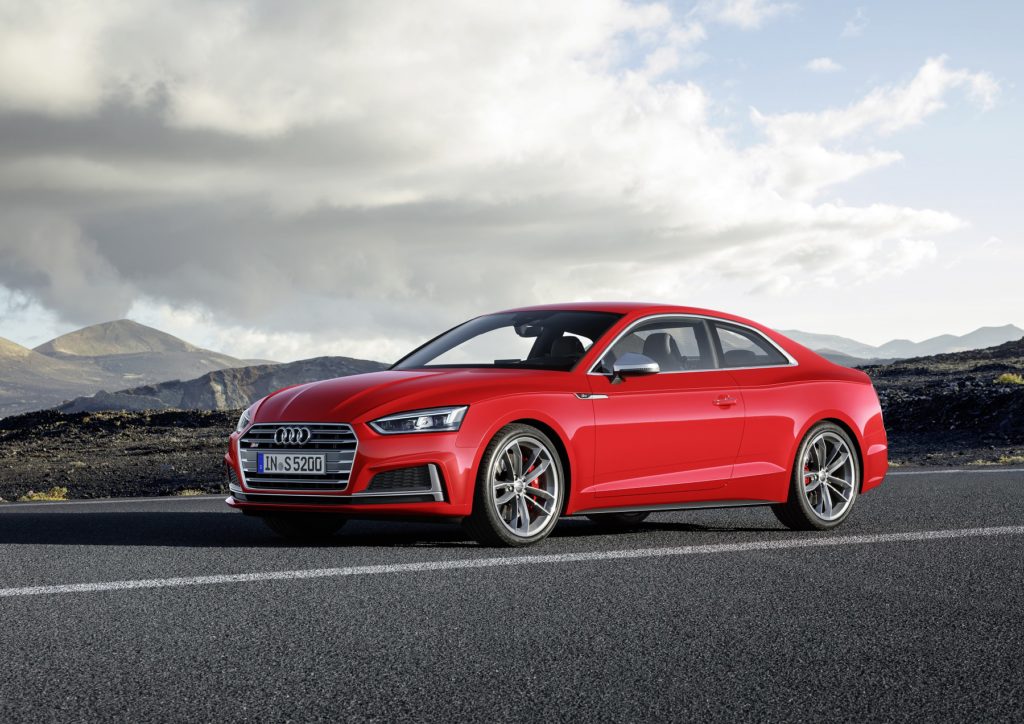 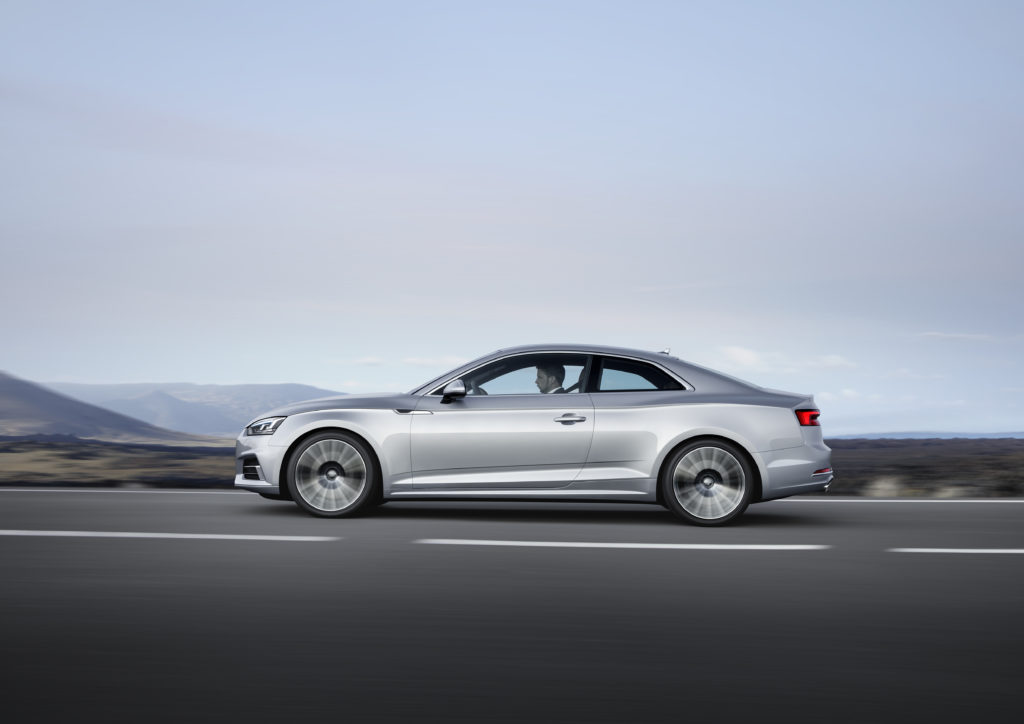 Audi says the new coupe is lighter than its predecessor by up to 132 pounds, which bodes well for performance. We launched the A4 from 0-60 in 5.2 seconds, so expect the new A5 to as quick if not quicker. Stateside the A5 is likely to get the same engine as the A5, a 2.0-liter turbocharged direct-injected four-cylinder, rated at 252 hp and mated to a seven-speed dual-clutch automatic. The S5 should get he same power plant as the upcoming S4 a 3.0-liter V-6 with a twin-scroll turbo and 354-hp. It will use the eight-speed tiptronic and all models will have quattro all-wheel drive as standard and as an  option a  rear sport differential. Expect the S5 to reach sixty from standing in 4.7 seconds.

The electromechanical power steering is also a new development from Audi. It adapts according to the vehicle’s current speed and provides highly precise road feedback. Optionally available is the dynamic steering, which varies its gear ratio depending on the speed and steering angle.

The interior is now larger thanks to the the increased dimensions and longer wheelbase. Space for driver and passengers is more generous.
The A5 now benefits  from the optional Audi virtual cockpit, a 12.3-inch TFT display with a resolution of 1,440 x 540 pixels. Together with the MMI navigation plus including 8.3-inch monitor on the center console, it forms the central information unit.

With the Audi smartphone interface, Apple Car Play and Android Auto bring the familiar smartphone environment to the car, if desired. The optional Audi phone box with wireless charging in the center armrest uses near-field coupling to link smartphones wirelessly to the vehicle’s antenna and enables inductive charging according to the Qi standard.

An intelligent combination of different technologies enhances the safety, comfort and efficiency of the new Audi A5. The predictive efficiency assistant helps the driver save fuel, Audi active lane assist helps keep the car on track in the driving lane, and the Stop&Go adaptive cruise control including traffic jam assist offers the driver relief in slow-moving traffic. New and important safety features include the park assist, cross traffic assist rear, exit warning, collision avoidance assist and turn assist as well as the Audi pre sense systems. Camera-based recognition of traffic signs rounds out the lineup.
The 2018 Audi A5/S5 will launch in Germany and additional European countries in fall 2016. Price and launch date for US models has not been announced.