Our 2017 Audi Q7 tester arrived about as loaded with options as any car we have ever driven. Consider this, base price is $54,800 but by the time Audi had optioned out this press car, that price had risen to an eye watering $85,425, some $30K more and enough to buy your kid a new Honda Accord.  The point here is to showcase a lot of the impressive tech that Audi has put into this vehicle and some of it works very well, and some not so well. More on that later…..

The 2017 Audi Q7 is virtually the same height as the old one, but it looks, lower, wider, and longer. This gives the impression of a more wagon like appearance, certainly in the photos we saw before seeing the car for real.  On initial inspection it is quite handsome. The car rides lower due to Audi relocating the engine lower in the chassis, thereby lowering the Q7’s center of gravity down by 2 inches.  This makes for excellent high speed progress in Dynamic mode…..

The key to this car’s new livelier performance is the massive weight loss program Audi put it on. Instead of a beefy chassis for off road (unless you’re us most owners would never offroad this car), Audi has pulled weight out of the Q7’s MLB II body structure, suspension, and transmission. Using a mix of high and ultra-high-strength steel and using aluminum on the fenders, hood, doors, and the tailgate, the Q7 body is now 209 pounds lighter….eat you heart out Oprah.  An additional 221 pounds was shed from the Q7’s suspension, using more aluminum and high-strength steel.

With our Vbox set up it took a few different launches to get a solid 0-60 time. We tried traction control off and then on, and the best we could achieve was 5.98 secs, slightly slower than Audi’s claimed 5.7 sec, which is unusual as VW Group are typically conservative with performance claims. Top speed is limited in the US to 130 mph based on tires.

The Q7 comes with either a steel suspension setup or an air suspension. Our optioned tester came with air suspension and four-wheel steering. It works well and you don’t even realize it. At slow speeds, the rear wheels turn in the opposite direction of the front wheels to create a tighter radius and then as you pick up speed they turn in the same direction……..simple.

We kept the steering in Comfort mode using the individual settings, as we find it gives the most feedback. This makes the Q7 truly fun to drive, particularly for an SUV.  It corners pretty flat and the engine has plenty of power to push on to the next bend and beyond. Fast sweepers are favored instead of really tight turns as the Audi still weighs almost 5,000 lb, but give it a tricky bend and the Audi remains composed and still surefooted.

As we said earlier the Audi is loaded with driver aides and for the most part we turned them off. Lane keeping assist pulls the car back into the lane if you forget to use the turn signals, but we find it a bit annoying.  The road sign recognition system is a great feature as long as you don’t use it with cruise control. If you do the car applies the brakes once it detects a change in the posted speed limit, which is unnerving the first time. Finally the traffic assist system will accelerate, brake and turn with traffic at speeds of up to 37 mph, and it worked pretty well. Keep your hands on the wheel or it gets quite upset. 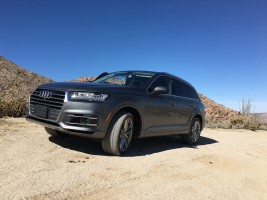 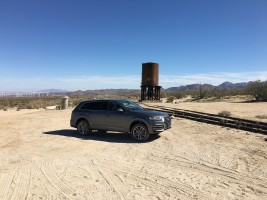 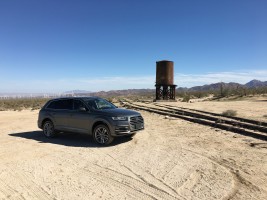 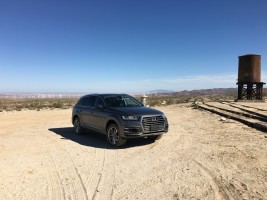 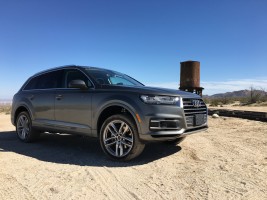 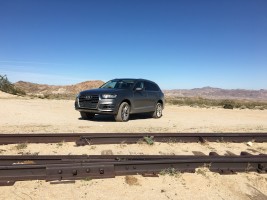 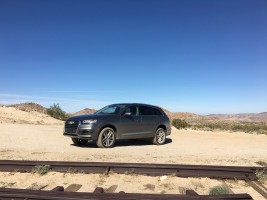 We took a trip out East on the 8 towards El Centro and then cut North on the excellent and deserted Imperial Highway S2. Just past the Border patrol checkpoint the Mortero Wash truck trail heads South West and we stopped to raise the suspension to it’s second highest point. The road is rough and washboard like and this continues until you hit the sandy dry riverbed. Here the Q7’s traction control kicked in when the car tried to plow straight in the sandy bed, but it coped well. After a mile the road becomes quite rocky so we stopped and raised the suspension up another notch to its highest level. At this level the ride is very teeth shakingly jiggly but we needed the clearance to pass some larger obstacles. Only once did we experience some wheel slip on a particularly steep bit, after all this is not a Jeep and most owners will never take their cars offroad. Having said that we made it to the water tower without incident and the Audi had proven that it stil has some adventure in its DNA.

Audi still makes some of the best interiors out there and this one certainly keeps that tradition alive. Our base car had the $9,500 Prestige Package and then on top of that a Bang and Olufsen 3D sound system with so many speakers I lost count. Add to that the Valcona leather seats and suede headliner, making this car ‘all cow, all the time”. Seats are remarkable comfortable and you would have to be the weirdest human shape ever to not find a comfortable position. Simply excellent.

Glad to see Audi has added Apple Car Play, making it much easier to enjoy music while you drive. I used the cable connection every time but Bluetooth works as well. The interior makes it feel like you are piloting an aircraft especially the gear selector and mouse wheel. We didn’t try the Navigation as we tend to prefer using a smart phone, but I am sure it works pretty much as the usual Audi systems.

A couple of possible annoyances, for people with bigger families, the rearmost seats are a bit of a squeeze and normal sized adults would have great difficulty getting in and out. Fold them down though and you have a nice large cargo area suitable for a Great Dane or some luggage. We had difficulty getting 3 dogs in the SQ5 but this one is much larger.  Also if you allow adults free range of the HVAC controls in the middle seats and they leave the fan setting on high you get an annoying buzz in your ear from the air vents in the B post. I had to scramble into the back to turn them down. There’s no way to control them from the driver’s seat save for utilizing the lock out buttons which prevents them from using the controls at all. 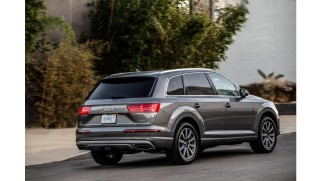 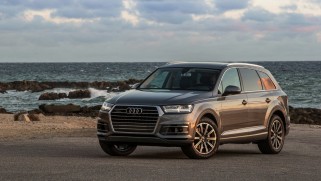 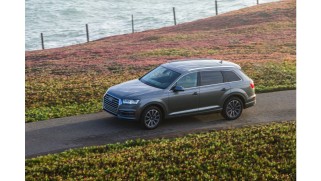 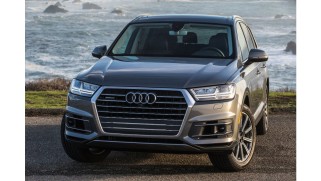 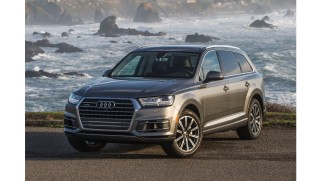 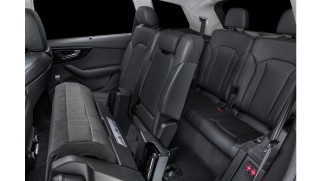 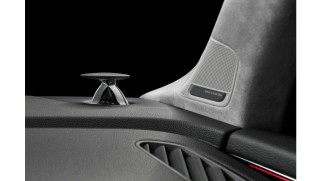 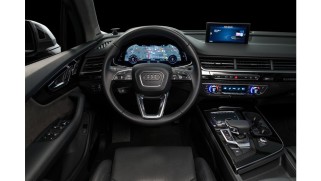 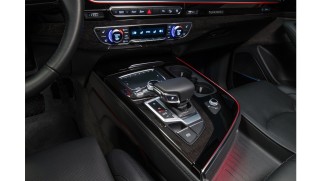 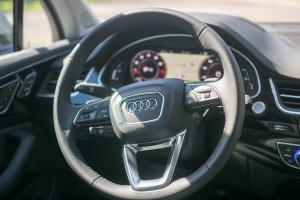 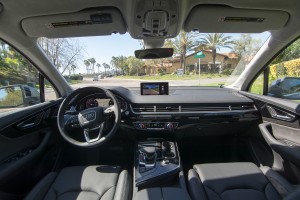 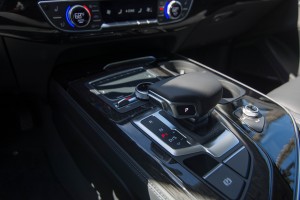 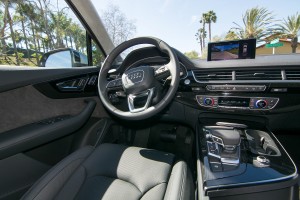 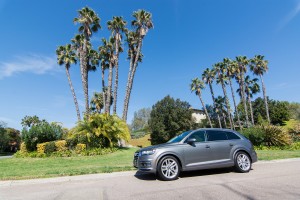 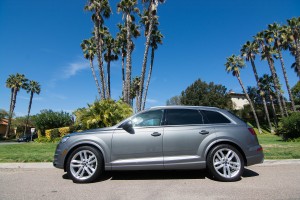 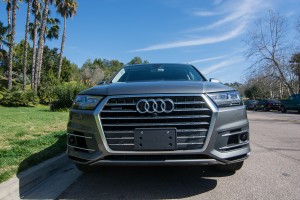 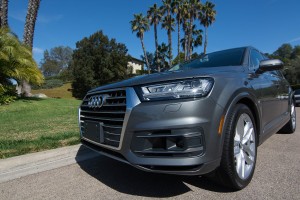 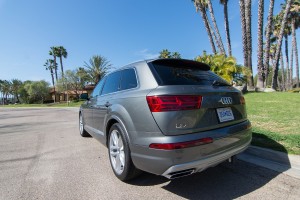 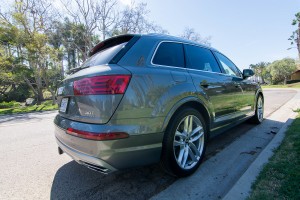 Loved the Q7, didn’t want to give it back. The 2017 Audi Q7 is certainly more fun to drive than he Mercedes-Benz GLE and Acura MDX. I can’t believe the amount technology available in the Q7, it’s truly staggering. Starting at $54,800 and as long as you don’t go crazy with the options list it’s brilliant and an engineering marvel.